Driving instructor swerves lanes when a car stops to turn at a junction but should she have stopped instead?

A driving instructor is at the centre of a road safety debate after dramatic video showed her swerving lanes to avoid crashing into the back of an indicating vehicle.

Huddersfield driving instructor Lauren Cope was filmed driving in the fast lane behind a black Volkswagen Golf which stops at a junction and indicates to turn.

Instead of applying the brakes the instructor, in a blue Ford Fiesta, quickly swerves around the car. 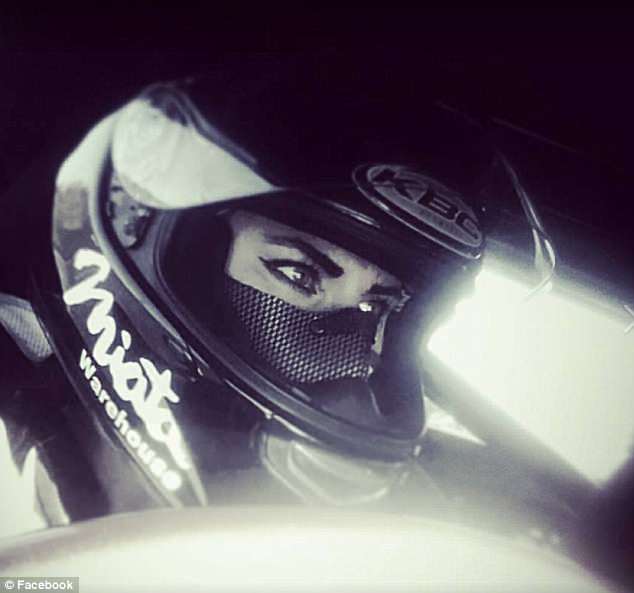 In doing so she cuts in front of cars in the left lane before darting back into the fast lane.

Ms Cope, who appears to be a race car enthusiast, is pictured wearing driving helmets, attending car events and posing in front of modified vehicles in several photos on social media.

Viewers have been split over her decision, with some commentators saying she did the right thing and others saying it was irresponsible.

However Ms Cope insists she did what she had to after getting ‘boxed in’.

Mark Tempest, who filmed the stunt on his dashcam, said: ‘She says she only had a split second to react? 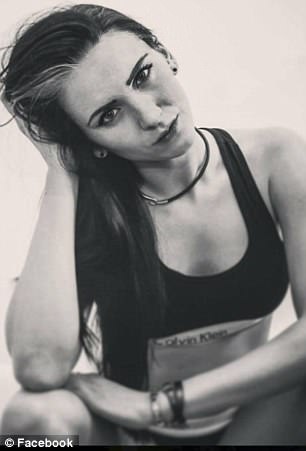 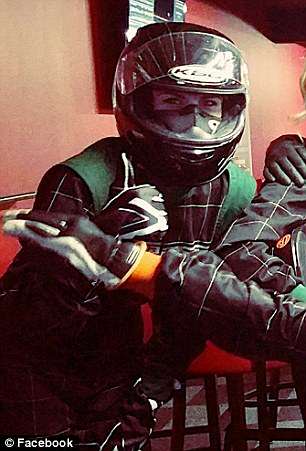 ‘The Golf was in the outside lane for seven seconds before it stopped to turn which is ample time for him to be seen.

‘She seemed to be on her hands free when I pulled alongside her at the lights further down the road.’

Ms Cope said: ‘I wasn’t on my hands free. I was ranting because I had a car behind me and the car that stopped didn’t indicate until the last second. 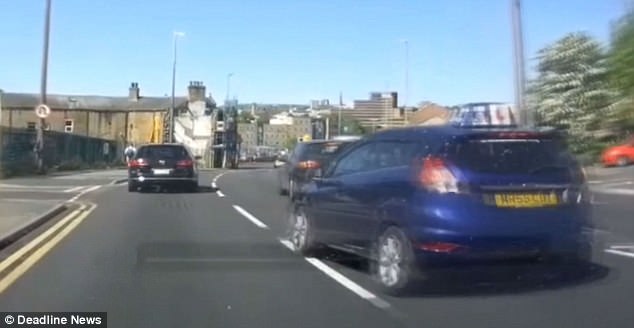 Mark Tempest, who caught the stunt on his dashcam, said Ms Cope had ample time to brake

‘I tried to pull in but the guy with the dashcam had a smug look on his face and he boxed me in.

‘I had to react within seconds to stop a crash, if I was in a lesson I would have hit the brakes, but I knew I could do the manoeuvre.

‘I was stuck for options, I was very close to being in a three car sandwich and I had to do what I could in that situation. 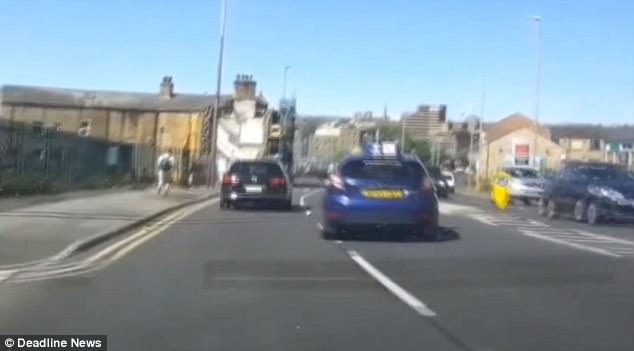 ‘I wasn’t speeding, I was only going at 32mph. I dropped down into second gear to get control of the car.

‘I love my job, and I’ve worked hard to get where I am, I wouldn’t do anything to jeopardise it.’

Lol, the Teens in the 'Dash & Lily' Cast Haven’t Been Teens in a Long Time