Dubai’s Princess Haya was seen arriving in court today for the latest legal wrangle with her estranged husband Sheikh Al Maktoum over their long-running custody battle.

The ruler of Dubai is appealing against a decision to make two judgments relating to the row public, the Court of Appeal heard.

Sheikh Mohammed bin Rashid Al Maktoum, 70, who is also vice president and prime minister of the United Arab Emirates, has applied to the High Court for the summary return of his two children to Dubai.

Princess Haya Bint Al Hussein, 45, the half-sister of King Abdullah II of Jordan, has applied for the children to be made wards of court. 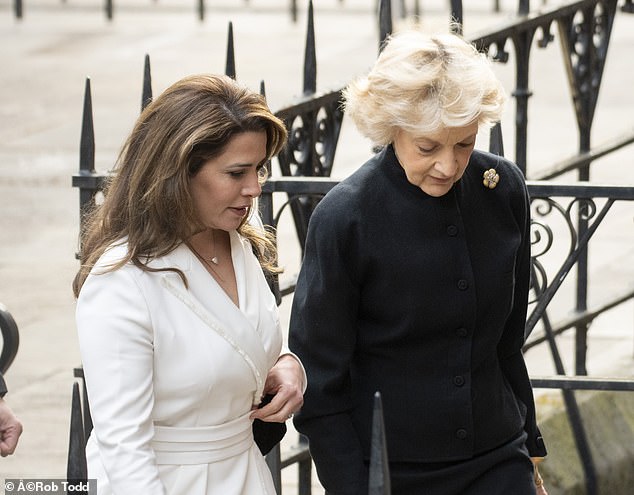 So far Britain’s top family judge has only allowed the press to report that she has also applied for the non-molestation order – designed to help victims of domestic violence keep abusers away – and a forced marriage protection order in relation to the children.

These can be made to protect a person from being forced into a marriage and could, for example, prevent someone being taken abroad for a wedding.

Baroness Shackleton became a life peer sitting on the Tory benches in 2010 and remains the personal solicitor of Princes William and Harry.

Haya attended a hearing at the Court of Appeal in London today to hear Lord Justice Underhill read a public statement confirming that Sheikh Mohammed is appealing against a decision to publish two judgments made by Sir Andrew McFarlane, the president of the Family Division.

The judge said the two judgments relate to ‘certain disputed factual issues’ and ‘issues arising out of the special position of (Sheikh Mohammed) as the sovereign and head of government of a foreign state’.

He added that Sheikh Mohammed’s legal team – which is headed by Lord Pannick QC, who acted for Gina Miller in the landmark Supreme Court case over the prorogation of Parliament – will argue that the decision was ‘wrong in law and that the judgments should not be published, if at all, in advance of the welfare hearing’ next month.

Lord Justice Underhill said Sheikh Mohammed’s appeal – which ‘raises questions both about what is in the best interests of the children and about how to balance that, if necessary, against the right of the press to report matters of public interest’ – was opposed by Princess Haya, the independent guardian ‘appointed by the court to represent the children’s interests’ and by a number of media organisations. 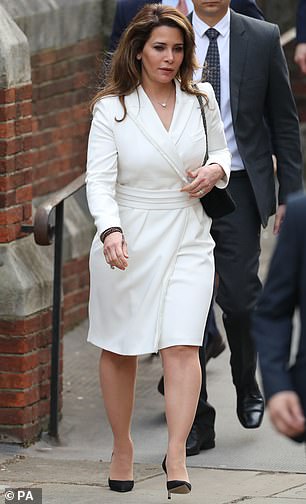 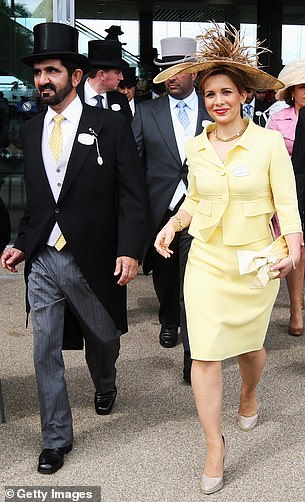 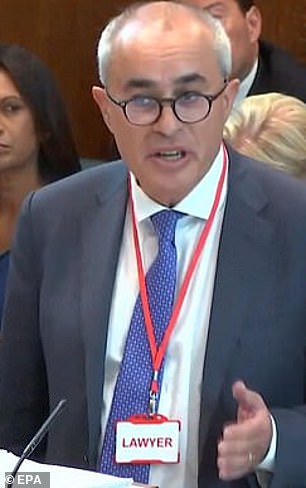 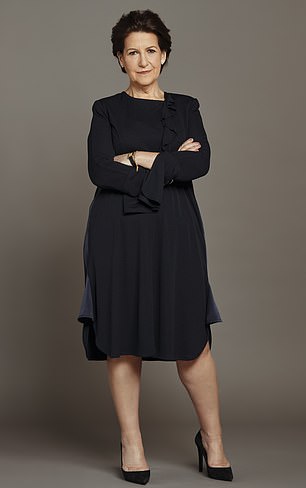 Sheikh Mohammed’s legal team is headed by Lord Pannick QC, (left) who acted for Gina Miller in the landmark Supreme Court case over the prorogation of Parliament. He was also represented in preliminary hearings by Lady Helen Ward, (right) a solicitor who represented director Guy Ritchie in his divorce from Madonna

After Lord Justice Underhill read out the statement, the court sat ‘in private’, with members of the public excluded and journalists allowed to remain but not report details of the evidence and arguments.

Sheikh Mohammed, the founder of the successful Godolphin horse racing stable, was not present in court to hear the statement.

Haya, who is the half-sister of King Abdullah II of Jordan and is Sheik Mohammed’s sixth wife, claims to have fled Dubai with their two children ‘in fear of her life’ after becoming estranged from her husband.

Sheik Mohammed, who turned 70 last July, is the vice president and prime minister of the United Arab Emirates and ruler of Dubai. He has more than 20 children by different wives.

He is also the founder of the successful Godolphin horse racing stable and received a trophy from the Queen after one of his horses won a race at Royal Ascot earlier this year.

Okanagan weather: Light snow and milder days on the way

Peter Travers predicts who will win at the 2018 Emmy Awards