The most moving story you’ll read this week: Dying woman who was the first female mounted police officer in the world is granted her final wish

A dying female mounted police officer has had her final wish granted by the NSW Mounted Police – to smell and see a horse one final time.

Rita Meredith (nee Browning) was overjoyed to spend precious time with NSW Mounted Police horses Hollywood and Don, which were brought by their handlers to meet her at Calvary Mater Newcastle, from their base at Redfern, Sydney.

Ms Meredith, who is believed to have been the first female mounted police officer in the United Kingdom in her 20s, is not expected to leave the palliative facility. 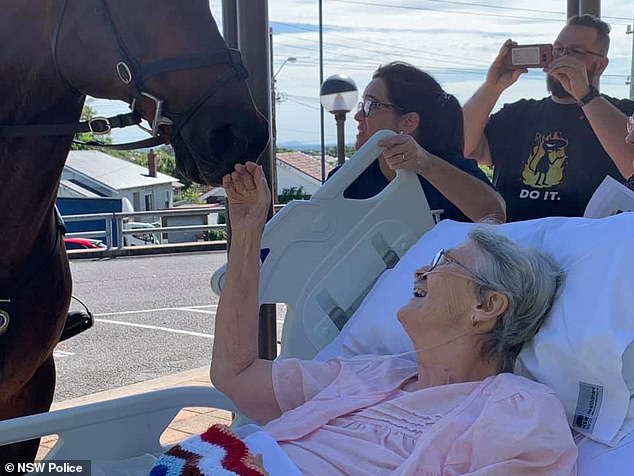 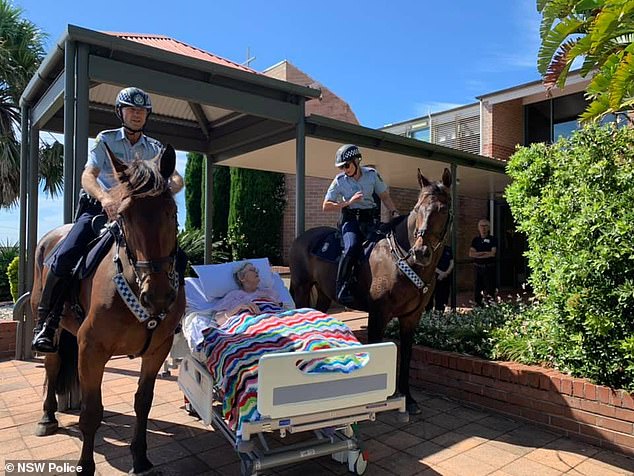 ‘There were plenty of tears shed and beautiful memories made,’ Ms Meredith’s daughter in law Emily Sykes wrote in a moving Facebook post, which was shared by the NSW Police.

‘Police officers Graham and Nicole were accompanied by the very handsome Hollywood and Don and they sure made Rita’s day (and all the staff that were awestruck!)’

‘They were amazingly patient, answered all our questions and let Rita (and the rest of us) pat them and feed them apples.’

Ms Sykes wrote that her mother-in-law was ‘is currently quite unwell and is not expected to return home’ from the hospital.

‘She is spending her days at the hospice at Calvary mater in Newcastle being very well looked after. Her main wish before she passed was to smell/see a horse for one more time.’

Ms Sykes also shared a black and white photo of her mother-in-law, Ms Meredith, on horseback meeting the late Queen Elizabeth, who was Queen from 1936 to 1952. 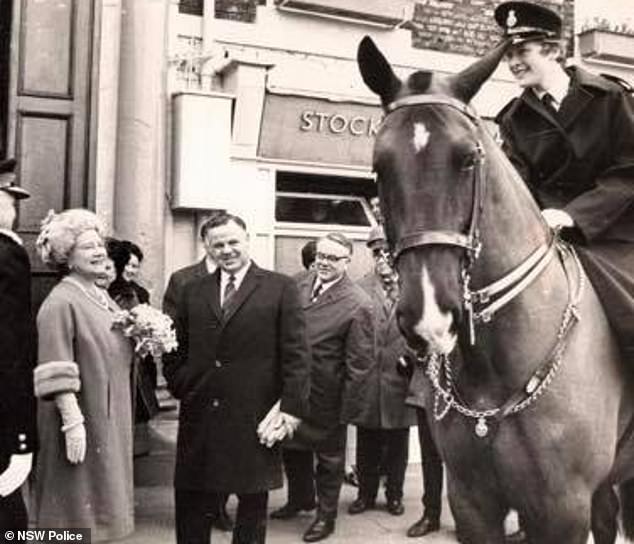 Ms Meredith’s daughter-in-law shared a photo on social media of Rita on horseback meeting Queen Elizabeth in the United Kingdom, when she was one of the world’s first female mounted officers

‘After 2 years of service she decided to try the mounted police. She was the first female mounted police officer in the UK (possibly the world?) – a pretty special feat for a very special lady.’

‘She has done plenty of other extraordinary things in her life, but these days are always looked back at fondly and some of the best she recalls.’

BGT's Sign With Us star Christian, 5, is walking 3 miles on his frame for NHS

'The Bachelorette': Tyler Cameron Finally Opens Up About His Split From Gigi Hadid