Thousands of people have rushed out for Boxing Day sales despite rising coronavirus case numbers, with Victorians expected to spend billions of dollars in coming days.

Some keen shoppers lined up at major centres early this morning, including Chadstone where 7000 people had passed through the doors by 7am.

But numbers appeared to be significantly lower than pre-pandemic years at popular shopping destinations across Melbourne. 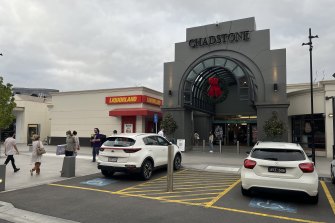 The Australian Retailers Association expects Victorians will spend $5.6 billion between Boxing Day and January 15, which would be a 6.6 per cent increase on the previous year. Much of that will be spent online.

Victoria recorded 2108 new cases on Saturday while the number of new infections soared to 6288 in New South Wales.

Chadstone centre manager Daniel Boyle said about 150,000 people were expected to pass through the centre on Sunday in the hope of snapping up a bargain.

“It will be a bit softer than pre-pandemic numbers but still our busiest trading day of the year,” he said.

Mr Boyle said many people were still craving the experience of shopping in stores after months of being locked down in Melbourne. 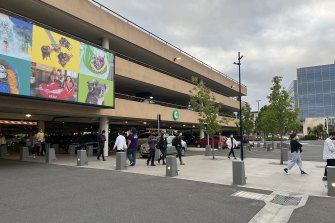 Shoppers hoping for a bargain at Chadstone on Boxing Day. Credit:Benjamin Preiss

He said the centre was increasing the frequency of cleaning “touch points”, including escalator handrails. However, there are no density limits for shops.

But Mr Boyle said shoppers were modifying their behaviour and generally entering stores when they felt they were not too busy.

“People are just a bit more cautious going into a place they might feel is too congested.”

Australian Retailers Association chief executive Paul Zahra said instore sales would be strong despite the arrival of the Omicron variant.

However, he urged shoppers to wear masks and be patient.

“Retail staff will be fully stretched with so many people out in the shops at this busy time of year, so it’s an important reminder for people to shop respectfully,” he said.

On Saturday, health experts urged shoppers to make sure they wore their masks properly at the Boxing Day sales. Case numbers are expected to rise after Christmas gatherings, Boxing Day sales and the test match in Melbourne.

But University of New South Wales epidemiologist Mary-Louise McLaws said the risk of transmission was low if shoppers and cricket fans wore their masks properly.

Bosch season 6 location: Where is Bosch filmed? Where’s it set?