Archaeologists found what is believed to be the world’s oldest brewery on the northern edge of the ancient necropolis at Abydos last month. Eight huge units – each around 20 metres by 2.5 metres we uncovered – including two rows of around 40 pots that were used to heat the mix of grains and water to make the beer. It’s believed to date back to the time of King Narmer, known for his unification of Egypt at the start of the First Dynastic Period (3150BC – 2613BC).

Dr Matthew Adams, head of the US-Egyptian mission, said the ancient brewery was working on an “industrial-scale” – capable of producing around 22,400 litres of beer at a time.

He told Hyperallergic: “We’re not certain yet how frequently a batch was produced at Abydos, but even if it were only once per month that would be well over 250,000 litres annually.

“In addition, the facility as a whole is rather formally laid out, with eight individual structures that all conform to the same basic plan, arranged in parallel with around eight metres left empty between each one.

“The standardisation evident in the brewery itself, as well as the productive capacity, and the labour and staple resources that would have been needed for production to take place, all suggest that this was a state-administered initiative, not something happening at the community level. 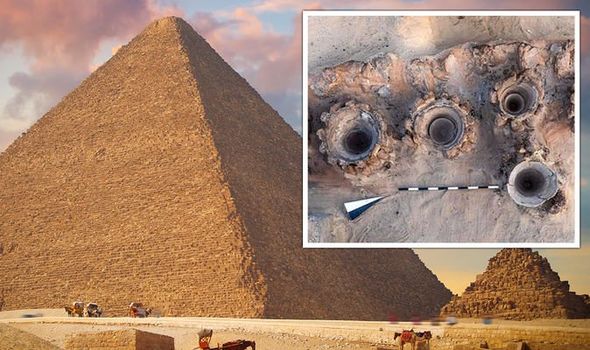 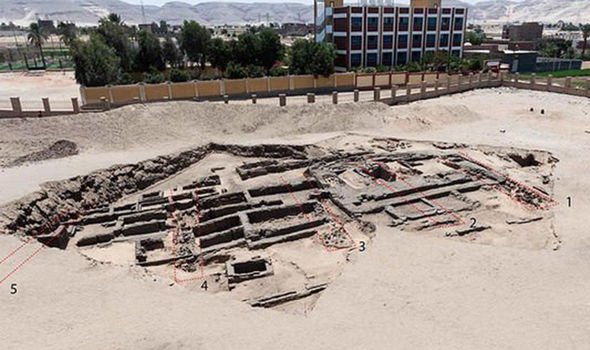 “Given all these factors, I’m comfortable calling the Abydos brewery industrial in scale.”

Even more incredibly, the expert explained how the find could help further understandings of the labour organisation needed to build Egypt’s famous pyramids.

He added: “I would see this as one of the most important takeaways from our work on the brewery so far.

“The production capacity alone is astonishing for this early time, of course, but looking deeper, the broader implications for understanding the early Egyptian state are very significant. 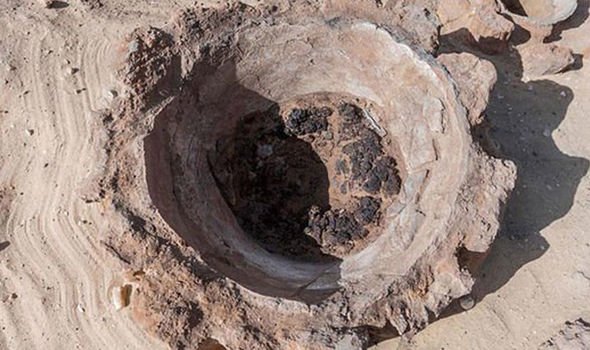 “With control of resources came also the ability to mobilise labour on a scale not seen previously and to support specialised production of various kinds.

“It’s basically the same range of capabilities evident at Abydos that we see later making the great state projects possible.”

Located on the Giza Plateau, the Great Pyramid is believed to have been constructed during the Fourth Dynasty, for the Pharaoh Khufu – roughly 2580BC to 2560BC.

Numerous theories exist about how the Great Pyramid was built, but most archaeologists believe each of the 2.3 million limestone blocks were cut and transported from a nearby quarry. 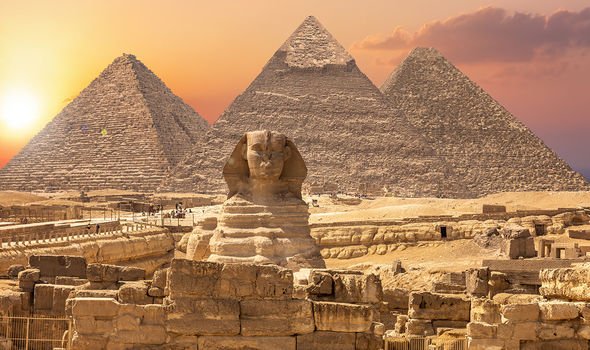 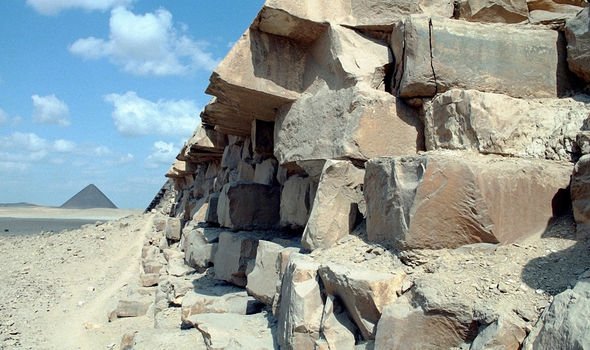 Experts say a huge team of thousands of workers then liaised to move these and position them into place using a large external ramp.

And they may have learnt exactly how to do this from building up knowledge over the years – starting with Abydos.

Dr Adams continued: “The ability to organise production, mobilise labour, to draw on staple resources on a large scale, and to administer all of the above, is exactly what made the construction of the pyramids possible.

“They’re visible already at Abydos as part and parcel of the beginning of the unified Egyptian state.”

‘Happy Together’ Review: Harry Styles’ CBS Sitcom Plays Like a Parody of Itself — and It Works