EIGHT people, including two kids, have been rescued after a blaze erupted on the 10th floor of a block of flats in a suspected arson attack.

Residents at James House in Newtown, Birmingham, were seen shouting for help on a balcony after flames spread from a stairwell at around 5.40pm. 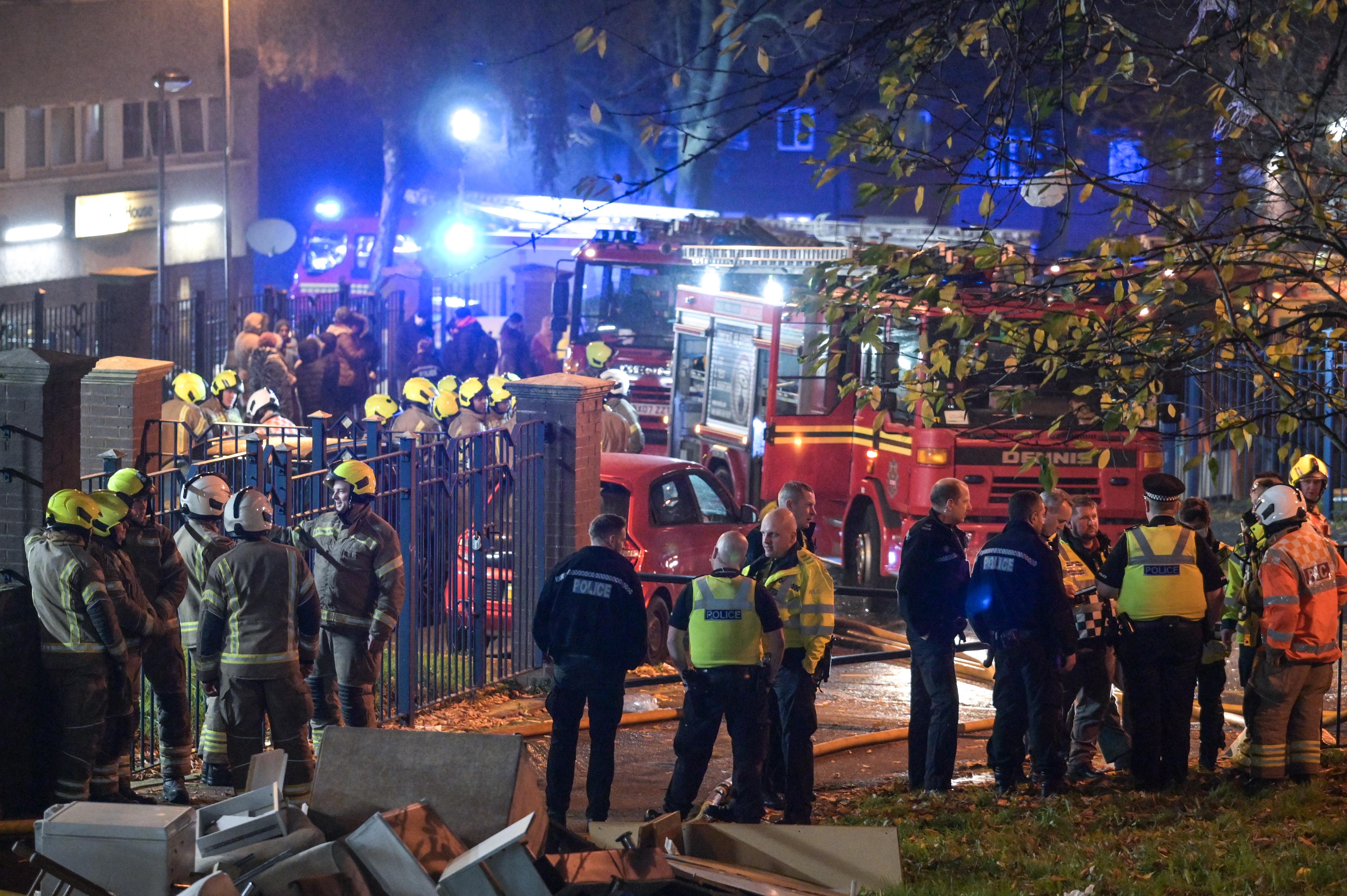 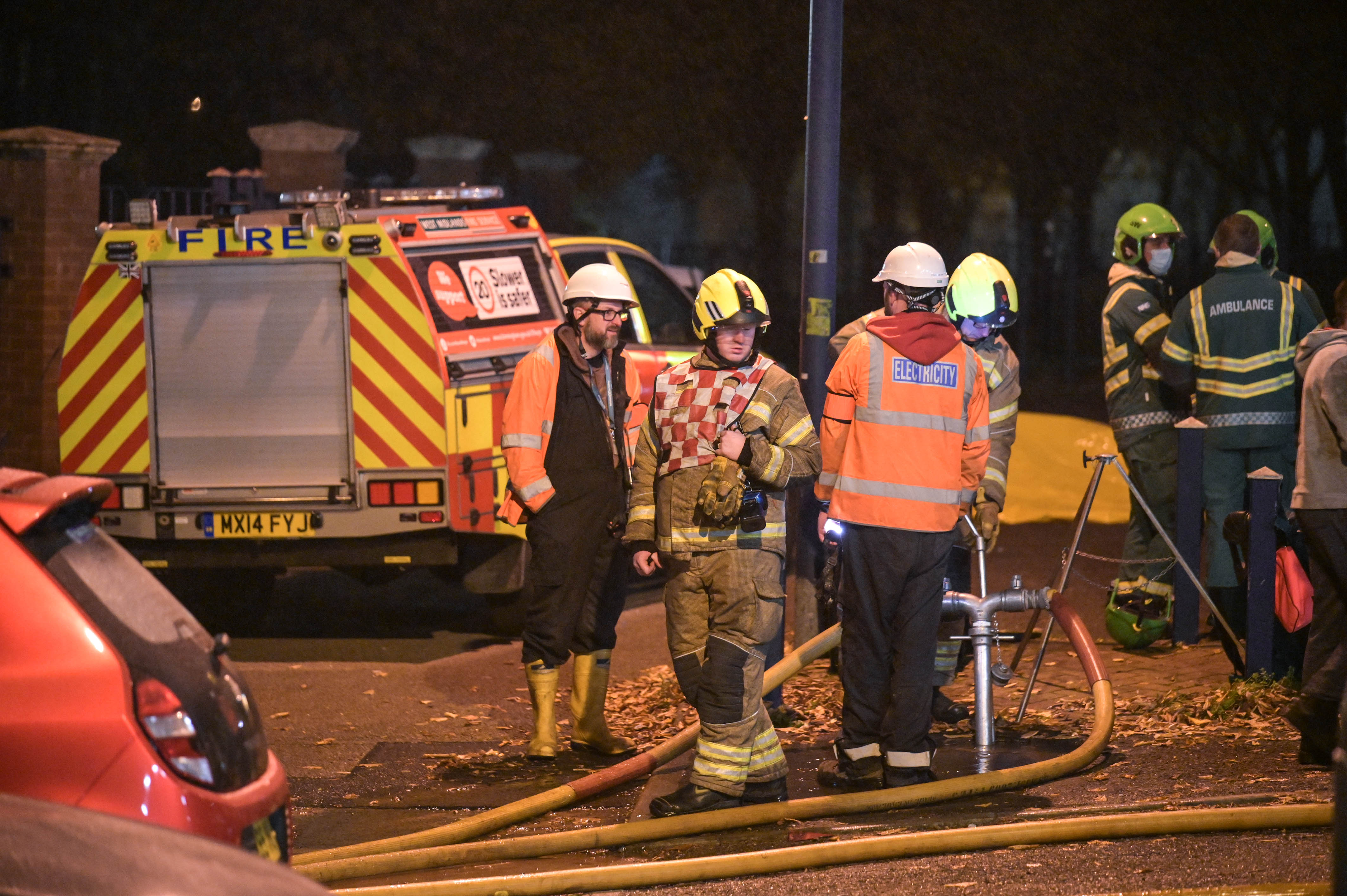 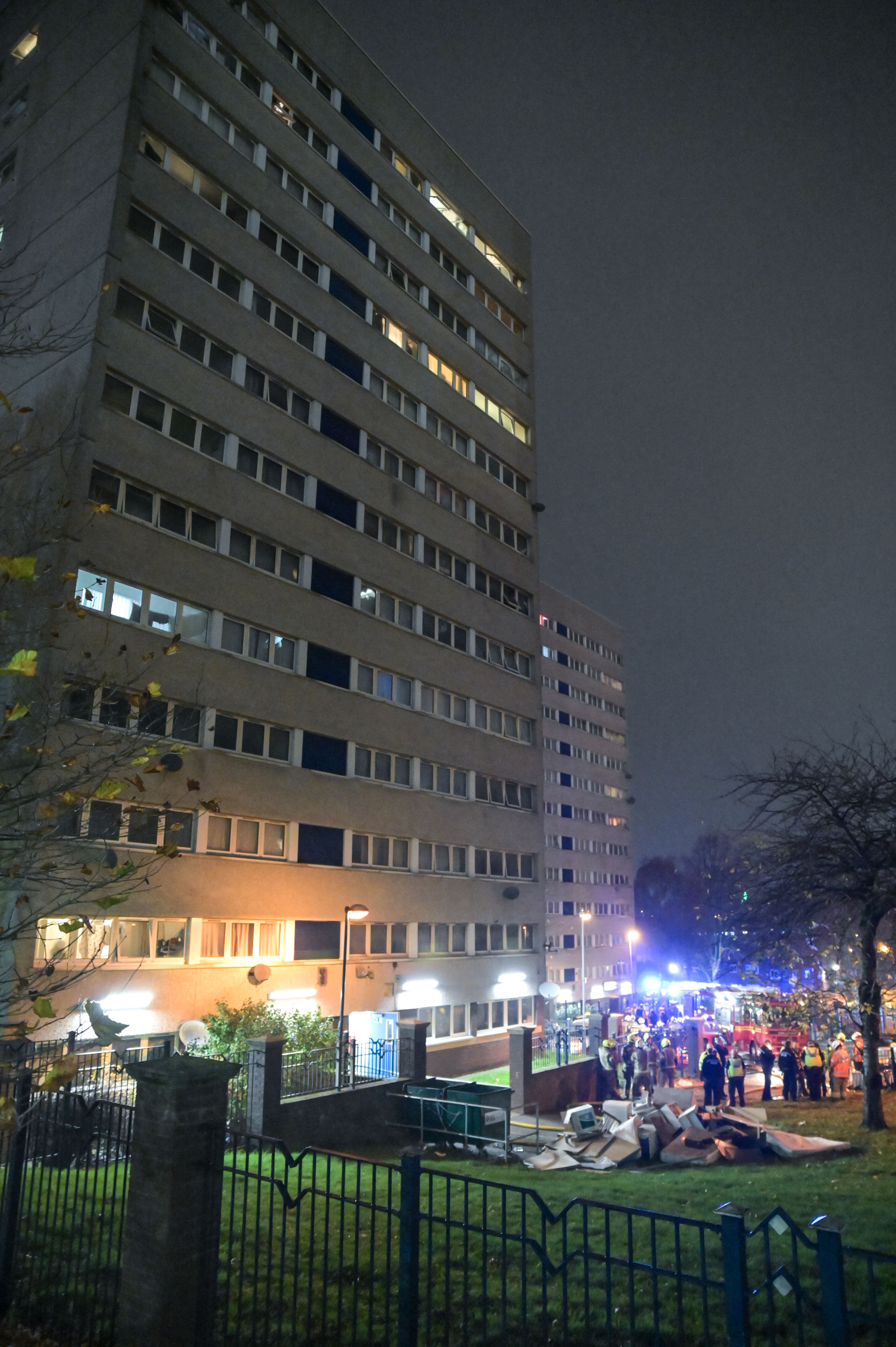 West Midlands Fire Service said a pushchair and other items on a staircase were set alight.

It's believed the fire was started deliberately and cops are urgently probing the cause, BBC reports.

Fourteen people were treated after breathing in smoke, while more than 100 residents were evacuated from the burning building.

A number of residents came down to the lobby areas and were led to safety by firefighters who used smoke hoods to protect them.

The evacuees were then moved to temporary accommodation at a nearby community centre.

West Midlands Police said in a statement: "We’re working with colleagues to understand the cause of a fire that broke out in a Birmingham tower block this evening.

“We were alerted to the fire by a resident in James House, Newtown Drive at 5.40pm.

“It's understood the fire started in a communal area or stairwell on the 10th floor. It was quickly extinguished and did not spread to any of the flats.

“We're currently on site alongside other emergency services and work has already started alongside fire investigators to understand how the fire started.”

West Midlands Fire Service wrote on Twitter: “The fire at James House, Newtown, has been quickly extinguished by our crews however a number of residents had entered the lobby areas and were subsequently led to safety by our firefighters using our smoke hoods.

“Four fire engines are still at the scene.” 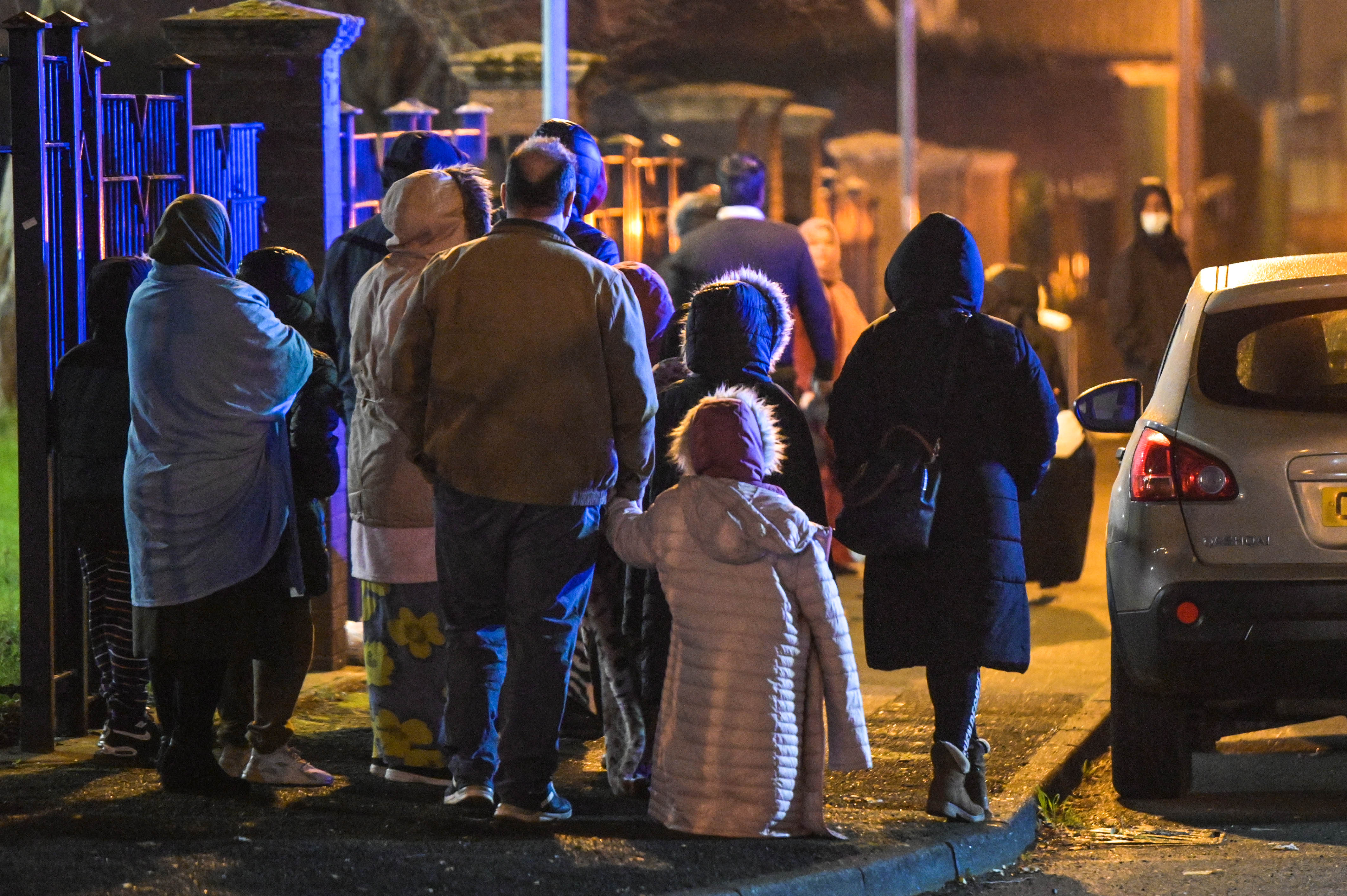 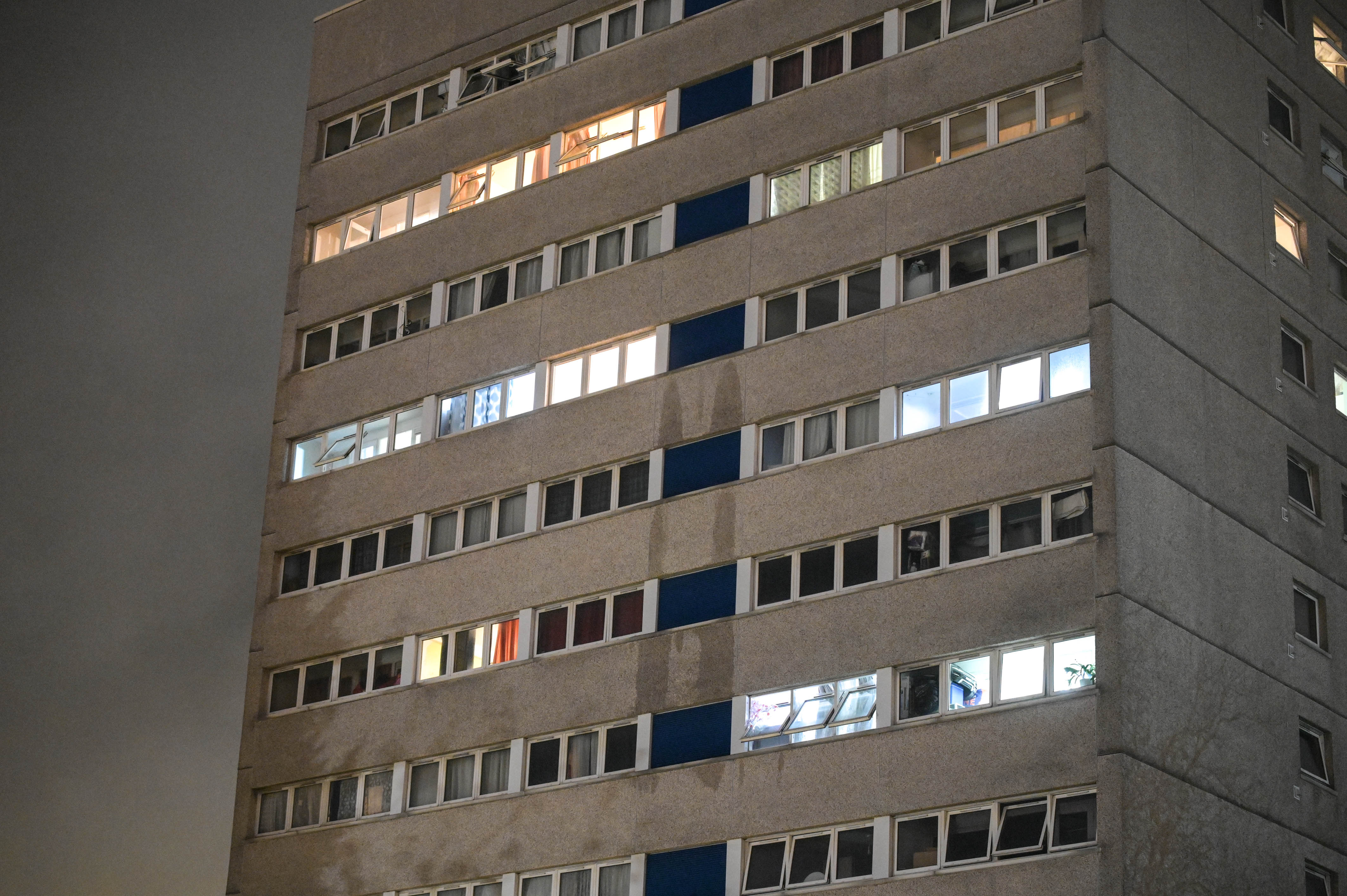 Dinner for the devils: Favourite meals of Saddam, Pol Pot and Castro

Apple Fitness+ review: A great idea if you have all the right Apple gear