Elderly woman, 75, is killed and her friend left fighting for her life after Ford Fiesta they were in was struck by a tree uprooted in Storm Diana’s 80mph gales

A woman died after a large tree fell onto a dual carriageway during 80mph winds and landed on the car she was travelling in.

Police say the tree crashed onto the Ford Fiesta, killing the 75-year-old passenger and causing ‘life changing’ leg injuries to the 74-year-old woman who was driving.

The tree fell on the A30 near Sailsbury, Wiltshire, as Storm Diana tore across the south west, with wind speeds reaching 80mph.

Emergency services were called to the accident on the northbound carriageway at Compton Chamberlayne at 9.30am yesterday. 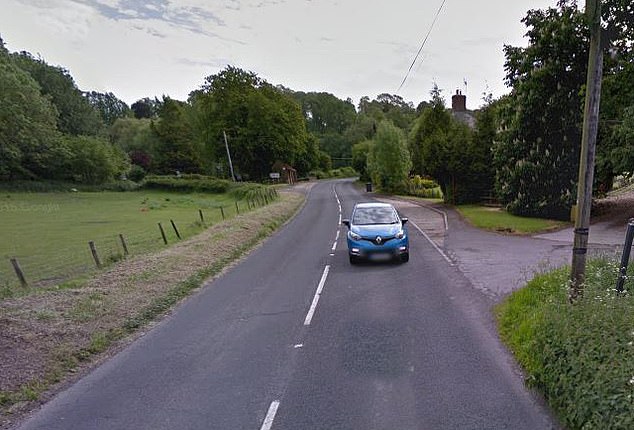 Emergency services were called to the accident on the northbound carriageway at Compton Chamberlayne at 9.30am yesterday 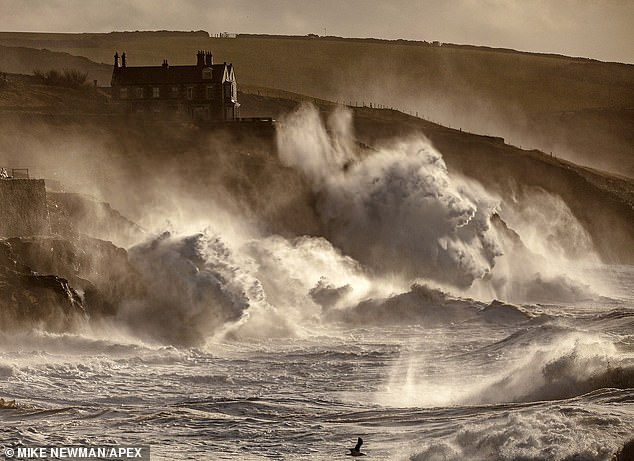 Firefighters used hydraulic cutting equipment to remove the female driver, from Dorset, who was rushed to hospital.

The female passenger, also from Dorset, died at the scene.

The A30 was closed in both directions and was not re-opened until 11.45pm on Thursday because power cables had also fallen into the road with the tree.

Wiltshire Police spokeswoman Katie Bond said: ‘Emergency services were called shortly after 9.30am to a single vehicle collision on the A30 at Compton Chamberlayne. 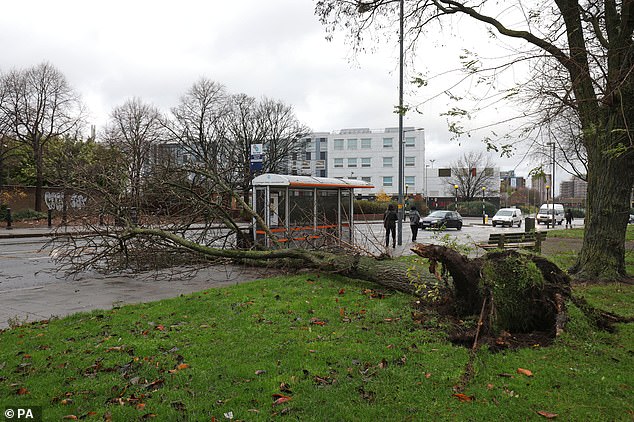 ‘It is believed a large tree fell into the road and on to a Ford Fiesta, which was travelling northbound from the direction of Fovant.

‘The 75-year-old passenger, who is from Dorset, sadly died at the scene. Her family are being supported by specially trained officers and our thoughts remain with them at this time.

‘The driver, a 74-year-old woman also from Dorset, suffered serious injuries to her leg, believed to be life changing, and was taken to Southampton Hospital where she remains in a serious condition.

‘Due to the complexities of removing the tree and restoring the power infrastructure, the road remained closed until approximately 11.45pm.’