Patients who have emergency operations conducted by older surgeons are more likely to survive, a study suggests.

It found slightly lower death rates after surgery by those aged over 60 compared with younger doctors at the same hospitals.

The US researchers examined mortality rates of patients aged over 65 who had one of 20 major emergency operations between 2011 and 2014. Patients who have emergency operations conducted by older surgeons are more likely to survive, researchers in the US have claimed

The researchers at the University of California, Los Angeles, found there was no difference in patient death rates between male and female surgeons. For non-emergency surgery, such as hip replacements, the age and sex of the surgeon made no difference to death rates.

Researchers took into account other factors that could affect mortality, including patients’ age, sex, ethnicity and what day of the week the surgery took place. Previous studies found older surgeons tended to have worse patient outcomes, which was blamed on their tendency to rely on outdated techniques.

But the latest findings, published in the British Medical Journal, suggest older surgeons may have better skills under pressure because of their extra years of experience. 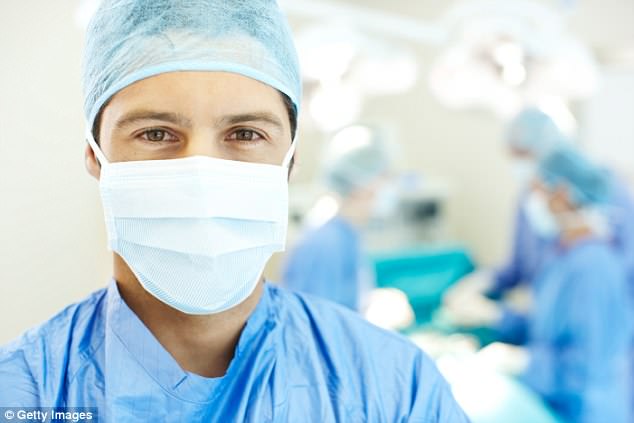 Researchers warned the observational study did not prove cause and effect so it was not possible to confirm whether death rates were linked to surgeon age.

The authors, led by Dr Yusuke Tsugawa, said: ‘Our finding that younger surgeons have higher mortality suggests that more oversight and supervision early in a surgeon’s career may be useful and at least warrants further investigation.’

In a linked editorial, Professor Natalie Coburn, of Sunnybrook Health Sciences Centre in Toronto, Canada, said: ‘Skill erosion in senior surgeons is often discussed, but deficiencies in judgment and lack of experience may also lead to higher operative mortality and may be more prevalent in younger surgeons.’

‘This study certainly prompts further investigation. It may also advance the cause of two-consultant operating, with an older surgeon mentoring a younger one.’

Hours Left! These Adidas Sneakers Are 50% Off at Nordstrom Today Only

Charlize Theron in purple Dior at the BAFTAs: her best look of the awards season?