Military-backed Emmerson Mnangagwa has been sworn in as Zimbabwe’s president – just one month after a heavily disputed election.

The newly-appointed president, who again took the oath of office, now faces the mammoth task of rebuilding a worsening economy and uniting a nation deeply divided by a vote that many hoped would deliver change.

The 75-year-old, who took power from his mentor Robert Mugabe with the military’s help in November, said ‘my door is open and my arms are outstretched’ to main opposition leader Nelson Chamisa. 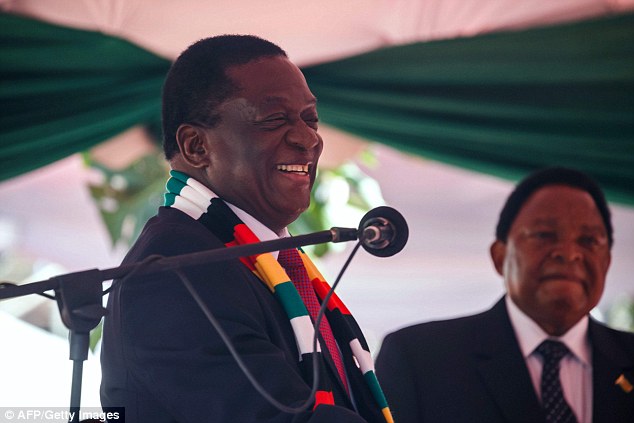 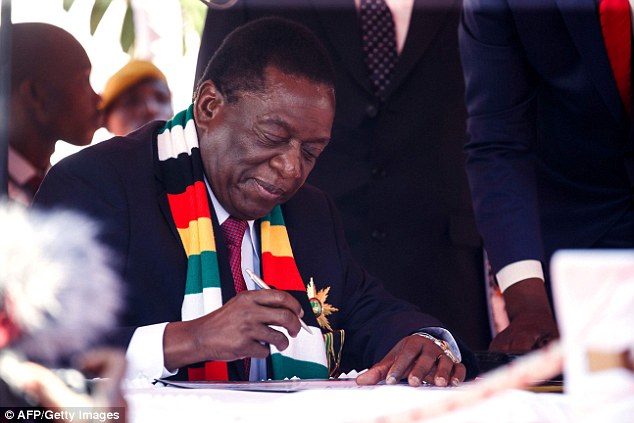 It comes after the Constitutional Court on Friday rejected opposition claims of vote-rigging and upheld the president’s narrow July 30 victory.

‘It is time to move forward together,’ said Mr Mnangagwa, who has promised democratic and economic reforms after Mr Mugabe’s repressive 37-year rule.

Mr Chamisa on Saturday said he respectfully rejects the court ruling and called the inauguration ‘false’.

He said: ‘They know they can’t invite me to a wedding where I was the one supposed to be receiving the gifts.’

His spokesman Nkululeko Sibanda on Sunday said: ‘we haven’t received any formal invitation’.

Mr Chamisa, 40, has called for dialogue with Mr Mnangagwa but suggested that talks on power sharing must first acknowledge the opposition leader’s alleged victory.

‘You cannot steal my goats and then ask me to come and share them with you,’ he said.

Mr Mangwana said: ‘It is important for nation-building at this critical time. The problem is the (Movement for Democratic Change party) did not give us a good opposition leader, they gave us a schoolboy, so he is playing schoolboy politics.’ 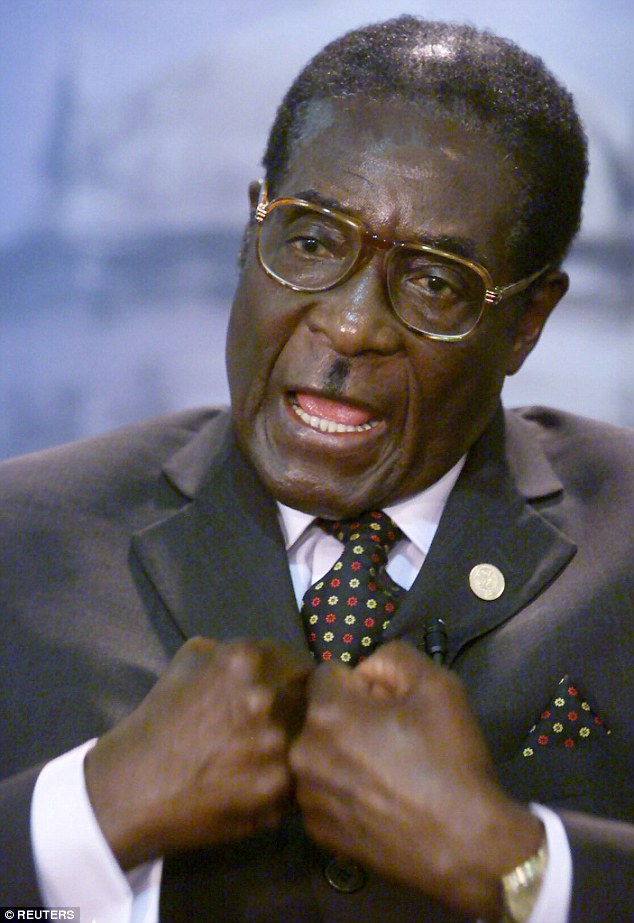 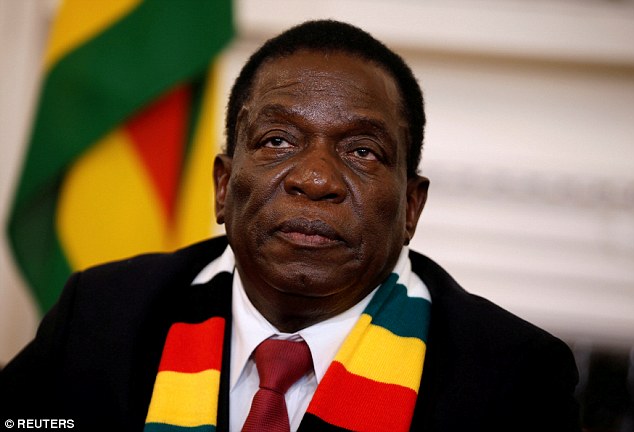 Upbeat supporters of the president and ruling Zanu-PF party filled the 60,000-seat National Sports Stadium in the capital Harare.

Some said they woke before dawn to catch buses and trucks in villages hundreds of kilometres away.

The mood was less enthusiastic in central Harare, an opposition stronghold.

‘He is not my president, why should I go?’ asked one resident, Emmanuel Mazunda.

Analysts say Mr Mnangagwa’s immediate tasks in his five-year term should include solving severe cash shortages and high unemployment that has forced thousands of people into the streets as vendors.

Millions of others have fled the country over the years. 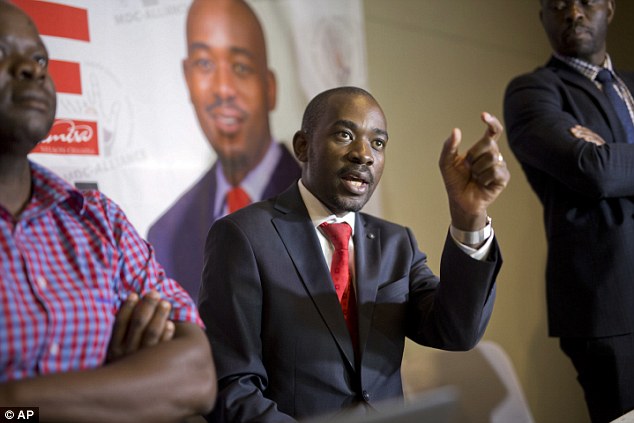 The government badly needed a credible election to end its status as a global pariah, have international sanctions lifted – Mr Mnangagwa himself remains under US sanctions – and open the door to investment.

Final reports are pending from dozens of Western election observers invited for the first time in nearly two decades.

Observers noted few issues on a peaceful election day but expressed concern about ‘excessive use of force’ two days later, when six people were killed as the military swept into the capital to disperse protests.

On Saturday, the joint mission of the US-based International Republican Institute and the National Democratic Institute said Zimbabwe ‘has not yet demonstrated that it has established a tolerant, democratic culture that enables the conduct of elections in which parties are treated equitably and citizens can cast their vote freely’.

Giving the blessing before the oath of office, religious leader Andrew Wutawunashe appealed to US President Donald Trump and other leaders to lift sanctions, to cheers.

He said: ‘We are saying to you … we have at last found a man who can make our small nation a great nation. Please help him.’

What are Boris Johnson’s most controversial comments, from his burka ‘letterbox’ jibe to racism allegations – The Sun | The Sun