AN insane brawl broke out at a Popeye's drive-thru after an impatient customer beeped their horn at a car in front of them.

Shocking footage captured two women slapping one another, hitting each other with a shoe and then their husbands punching one another. 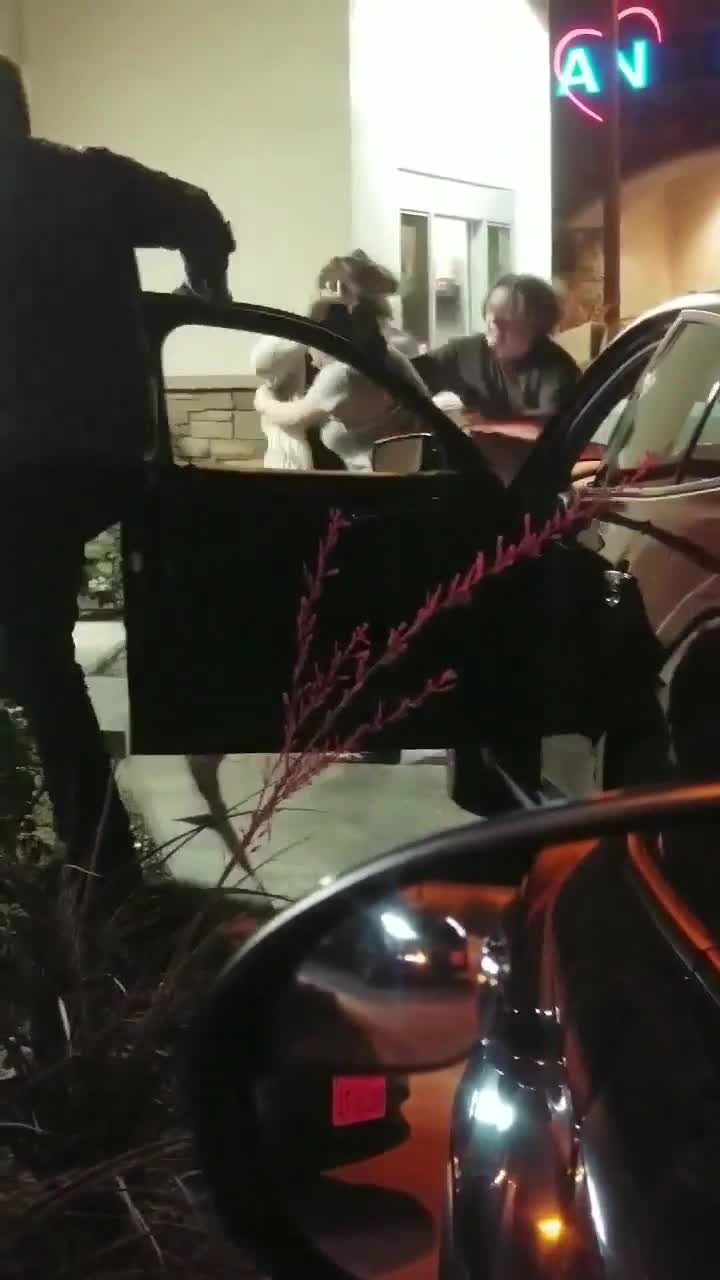 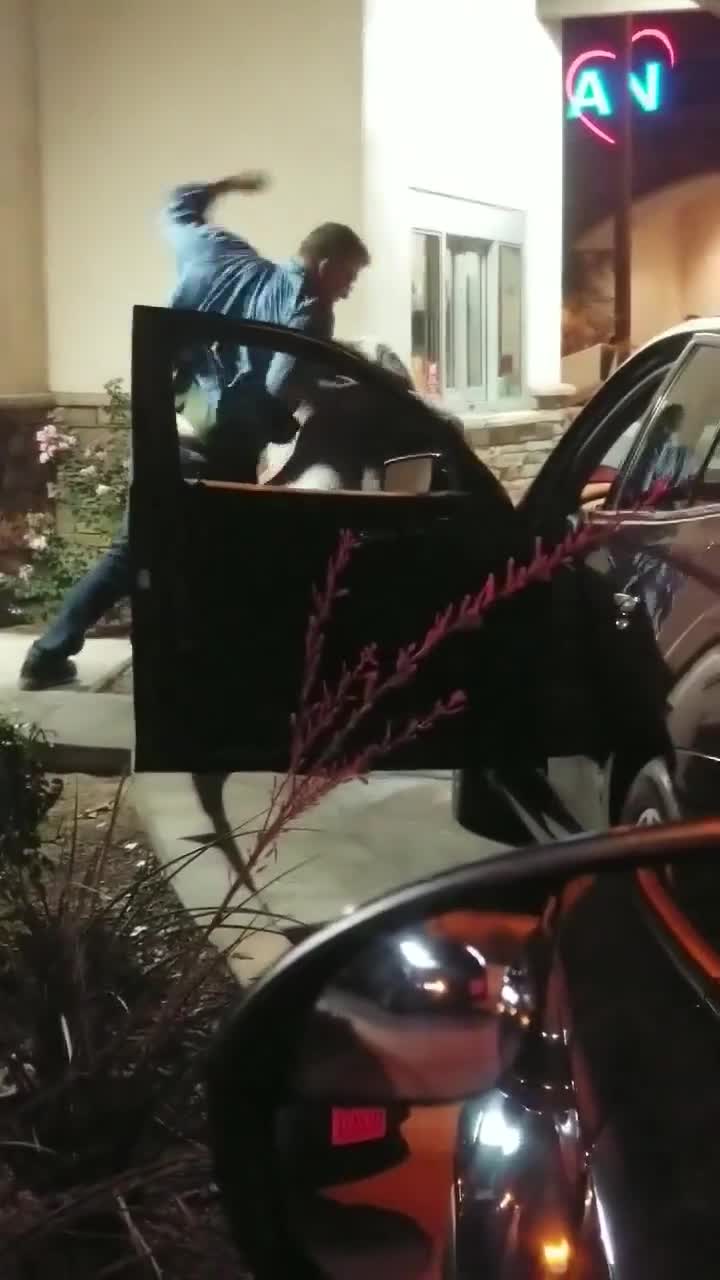 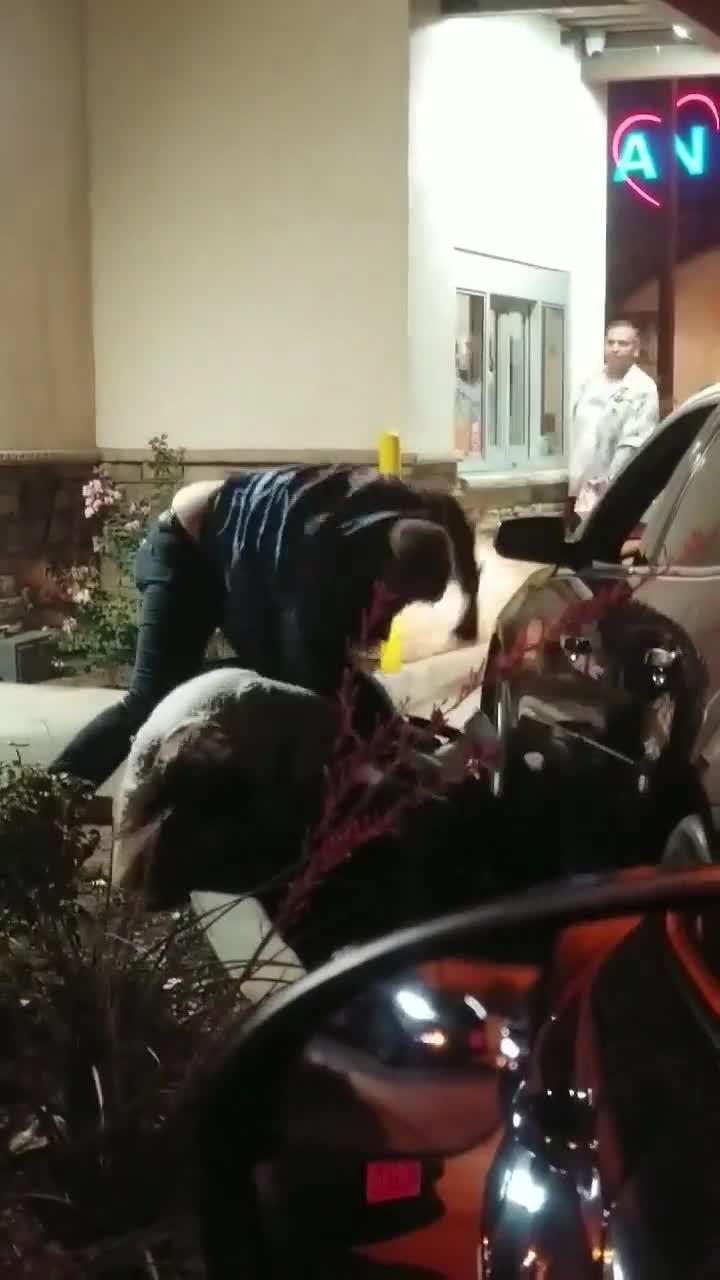 The bizarre battle royal happened at one of the fast food chain's restaurants in Temecula Parkway, California, on Saturday evening.

Gigi Drummond filmed the shocking scenes, which she later described as "crazy" and the "highlight of our stay-cation," to CBS 8 San Diego.

She said one of the men was angry "beyond rage" and yelled multiple threats including "I'm psycho, I'll snap your neck" and "I'll kill you".

Gigi believes tensions arose after the man in the white car's order wasn't right after he had waited for more than an hour.

You touched my husband's f***ing car!

Then when a person in the black vehicle behind honked "really loudly" the chaotic scenes began.

Gigi said the man inside the white car then got out and started shouting at the couple inside the other vehicle.

From there, footage showed the two women slapping one another, as one yelled: "You touched my husband's f***ing car!"

After one of the husbands joined in with the scuffle, the second larger man raced over and punched him in the face.

'ALL OVER A CHICKEN SANDWICH'

All four of them fell to the floor, as the one husband yelled: "Get off my wife, get off my f***ing wife".

"Yo, chill," one person shouted in the background, as two strangers gather around the fighting foursome.

"All over a chicken sandwich," Gigi repeated twice in disbelief, as two uniformed officers broke up the fight. 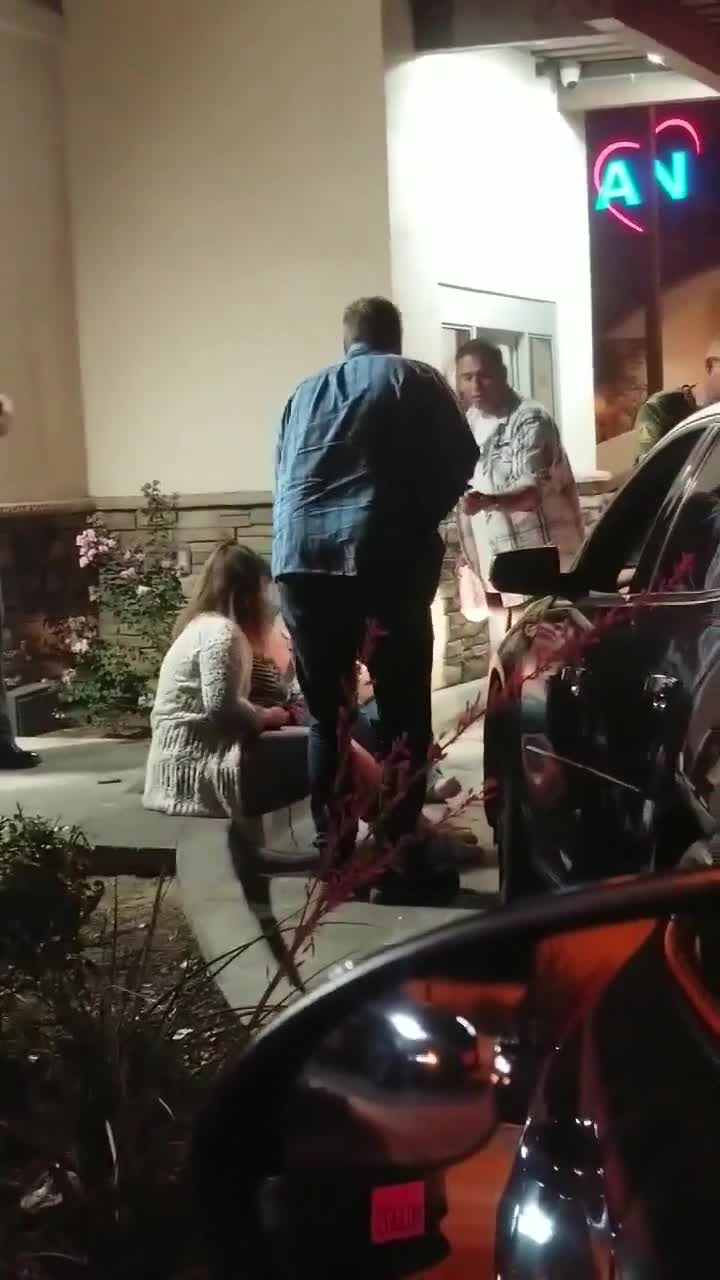 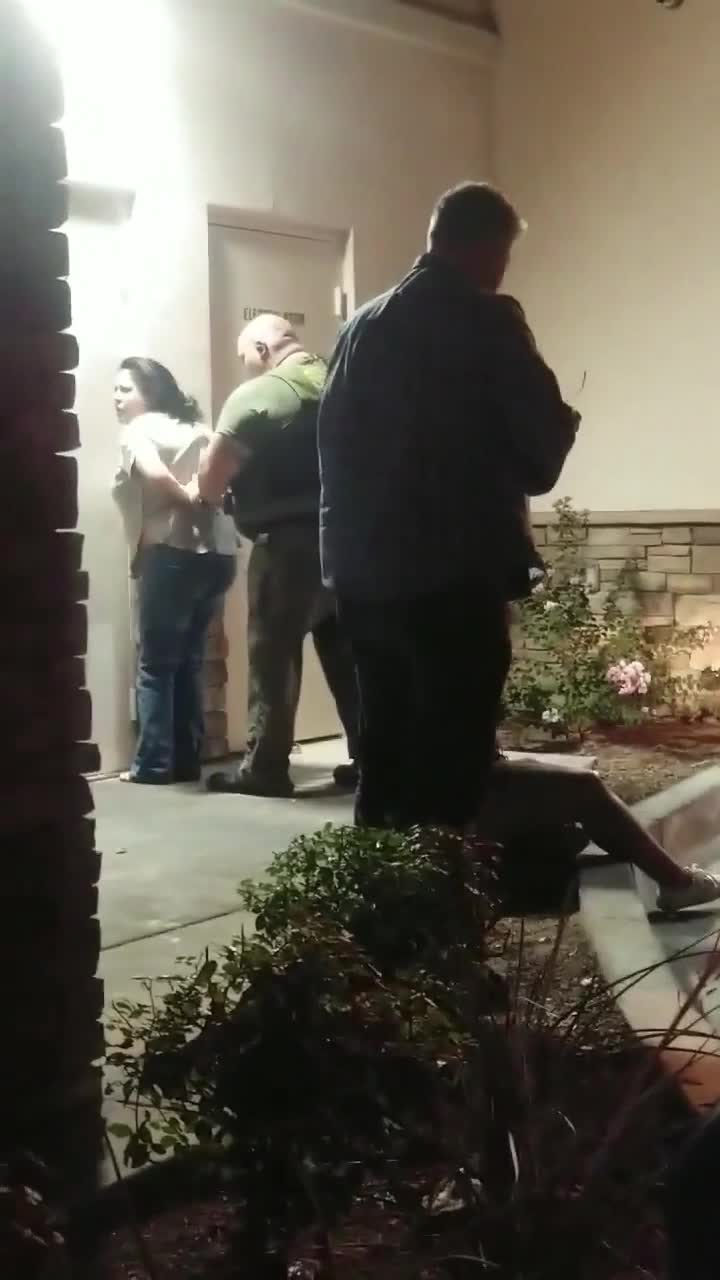 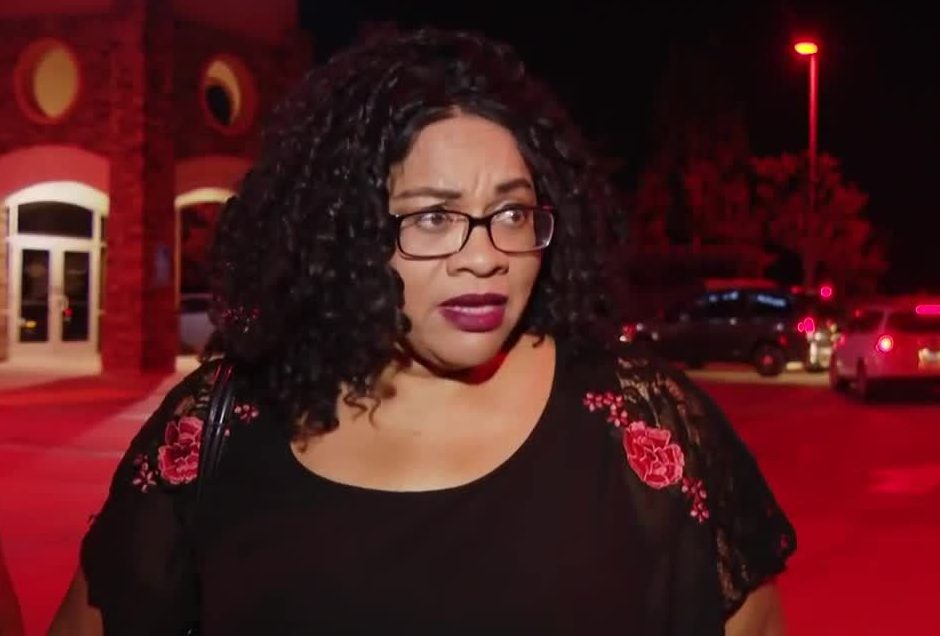 The video, which was posted on Facebook, had been viewed more than a million times and shared 25,000 times.

Riverside County Sheriff's Department told The Sun online: "The incident stemmed from inpatient customers in the drive-thru at the Popeyes.

"A verbal and physical altercation ensued, and no arrests were made due to both parties declining prosecution."

Gigi, who went to Popeyes to purchase one of the restaurant's famous chicken sandwiches for her son, said she didn't even have to pay for her order.

We’ll bring snacks next time in case the line is long.

The unusual encounter hasn't put her off returning to the restaurant.

She said: "I mean we would have paid for the entertainment but yeah it was free.

"We’ll bring snacks next time in case the line is long. So yeah we’ll be back."

The California fight is one of many concerning incidents to have occurred while people tried to get their hands on a Popeyes' chicken sandwich.

They were initially launched in August but sold out nationwide after just a few weeks.

On November 3, the popular $3.99 snack returned to 150 locations in the US and since then chaos has continued.

This included the murder of Kevin Tyrell Davis, 28, who was stabbed outside of one of the restaurants in Oxon Hill, Maryland, after he cut in line.

Ricoh McClain, 30, was arrested for the alleged killing, which cops said happened 15 seconds after their argument over his behaviour began.

One customer, who was recorded shouting the N-word during a sick tirade, was reportedly beaten-up by people waiting in line.

Some hungry chicken-lovers fought others waiting in line but some took out their frustration on members of staff.

One raging customer allegedly threw a barrel of tea over an employee for forgetting part of his order.

In another clip, a Popeyes' employee reportedly body-slammed a customer who complained that she was charged twice for a sandwich.

Another customer claimed to have found a stubbed out spliff inside the snack.

During the peak of the Popeyes' sandwich craze in August, people reportedly drove to different states in the hope of finding a sandwich.

One man even filed a lawsuit against the company for the damaging his vehicle and "false advertising" after he failed too.

most read in us news

FLASH IN THE FAN

My toddler spent £1,500 on furniture while playing with my phone 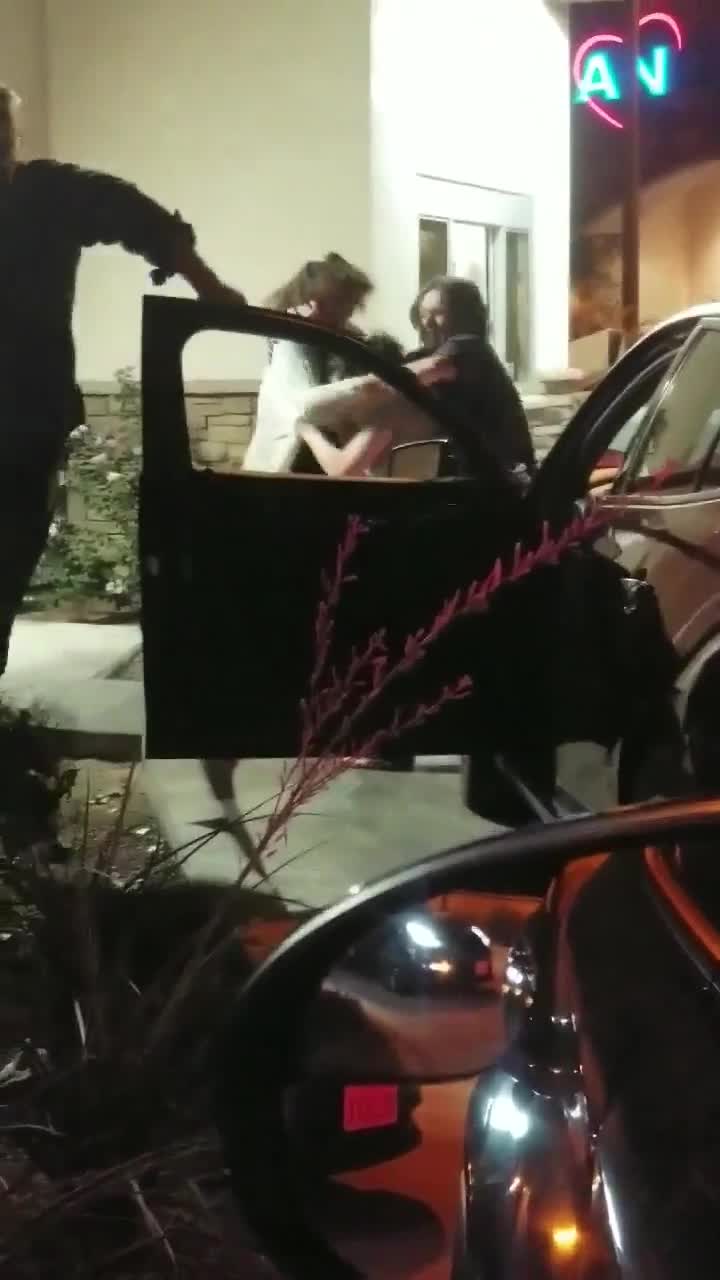 15+ Stylish & Comfortable Face Masks That Will Keep You & Others Protected