The country has vastly profited from the EU’s Common Fisheries Policy (CFP) which has allowed them to trawl up to six miles from our coast and catch 60 per cent of the fish in British waters. 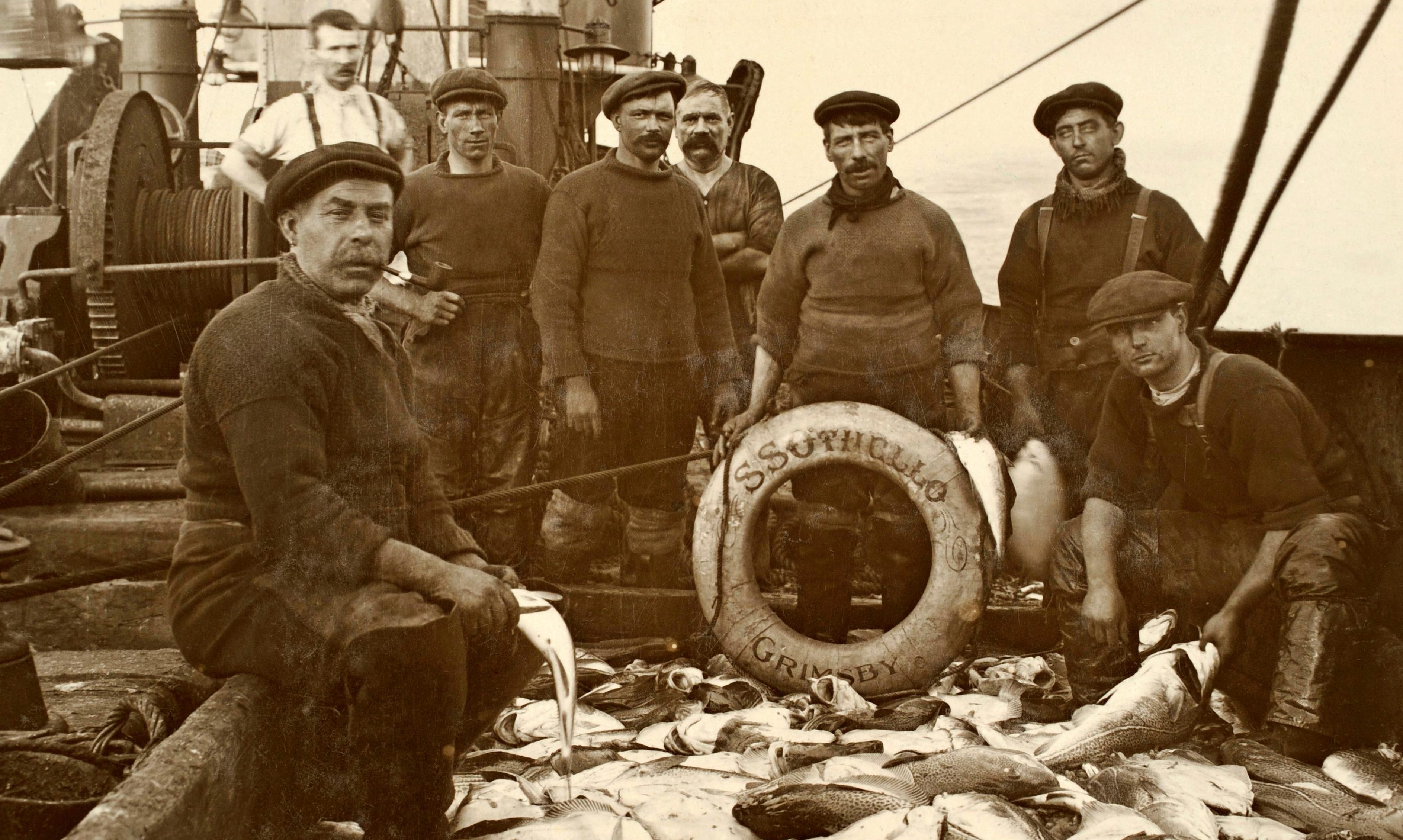 The CFP has been deliberately loaded against us. Although we have provided half the waters and resources to the common pot, we’ve only received 25 per cent of the internationally agreed total allowable catches. And it’s all signed off by the EU on our behalf. The results have been devastating for our fishing industry.

Forty-five years ago, more than 20,000 British fisherman were landing a million tons of fish annually in UK ports. Today, landings have more than halved to around 400,000 tons per year and the number of fisherman is down to 12,000.

We were once a net exporter of fish. Now we run an annual trade deficit close to a quarter of a million tons. The decline of British fishing has come to symbolise the most destructive consequences of our EU membership.

The CFP has been a biological, environmental, ­economic and social disaster, doomed to failure by its ludicrous attempt to ­manage a complex marine environment with bureaucratic policies as inflexible as they are remote. 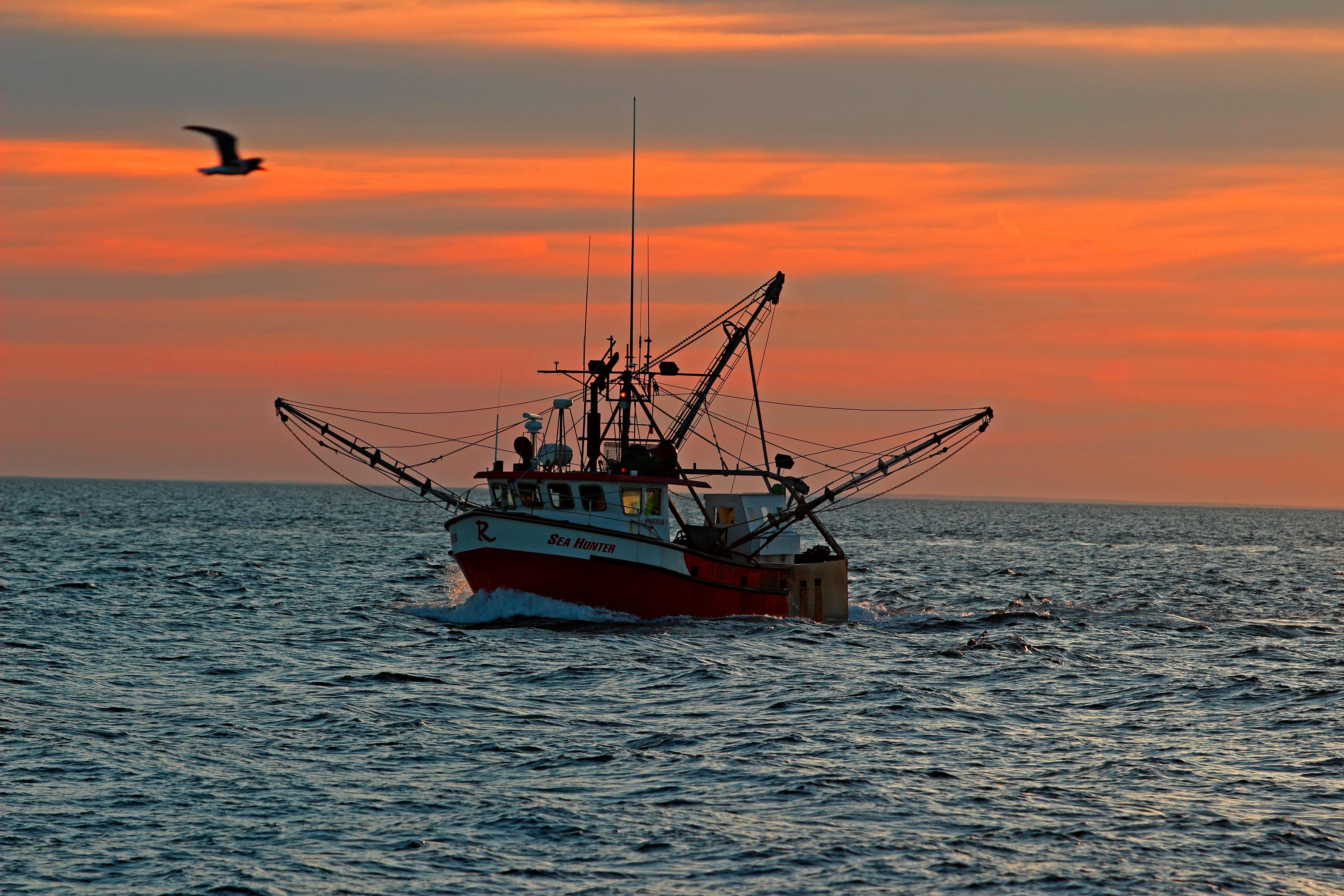 Our scallop-fishing industry is worth around £120million a year and supports more than 1,200 jobs. But under EU law, UK fisherman are not allowed within 12 miles of the French coast.

Tension between the nations has been simmering since a similar incident in 2012 in which French fishermen again tried to ram British boats in a row over scallops.

The violence may have resulted from a failure to reach an agreement on joint English Channel management but it highlights the wider unfairness to UK coastal communities.

This deprivation of our own resources has done real harm to British fishermen, yet the French have the temerity to resort to violence over a few British boats fishing legally off their coast. It would seem some have more equal access to a common resource than others. 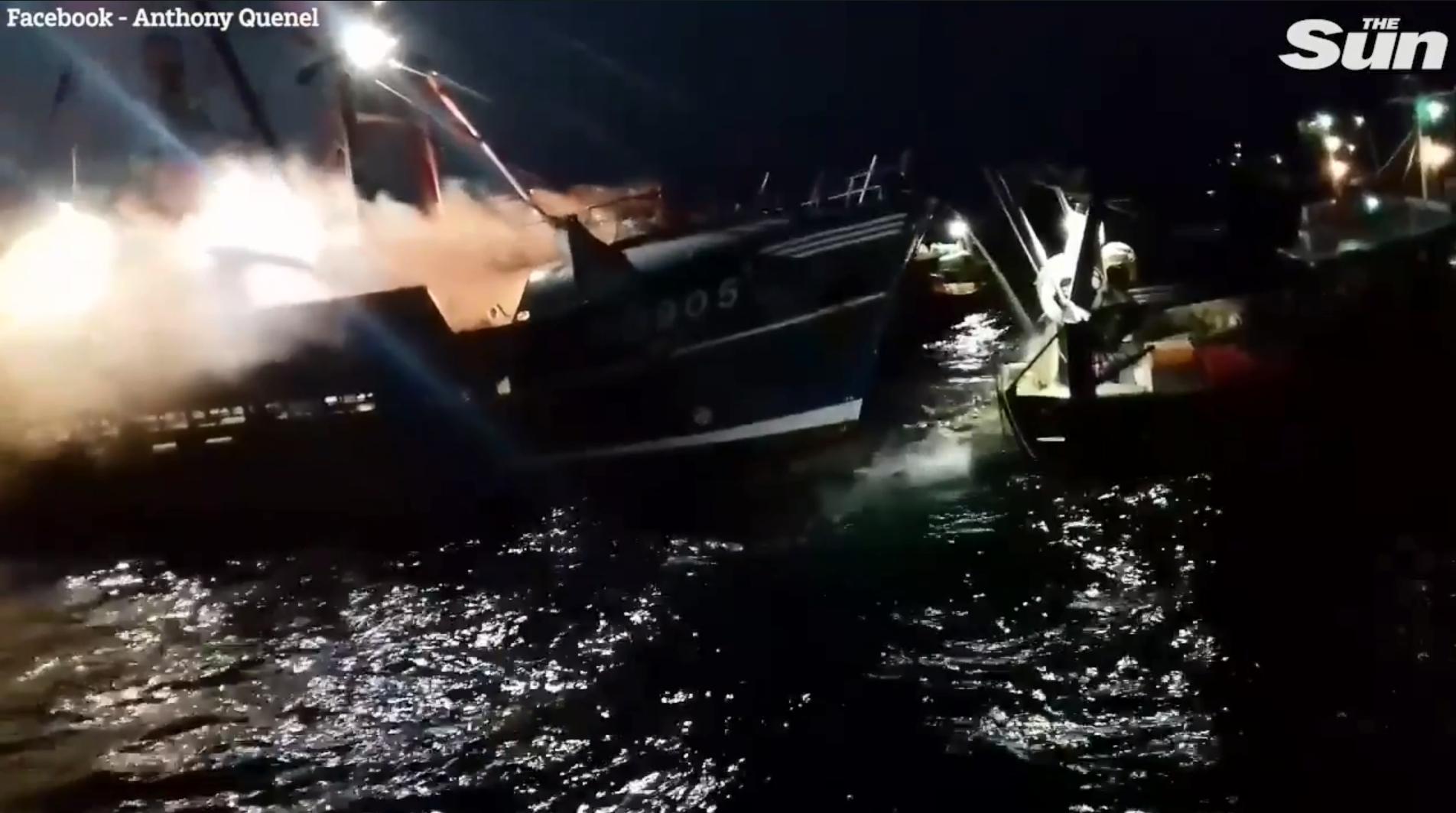 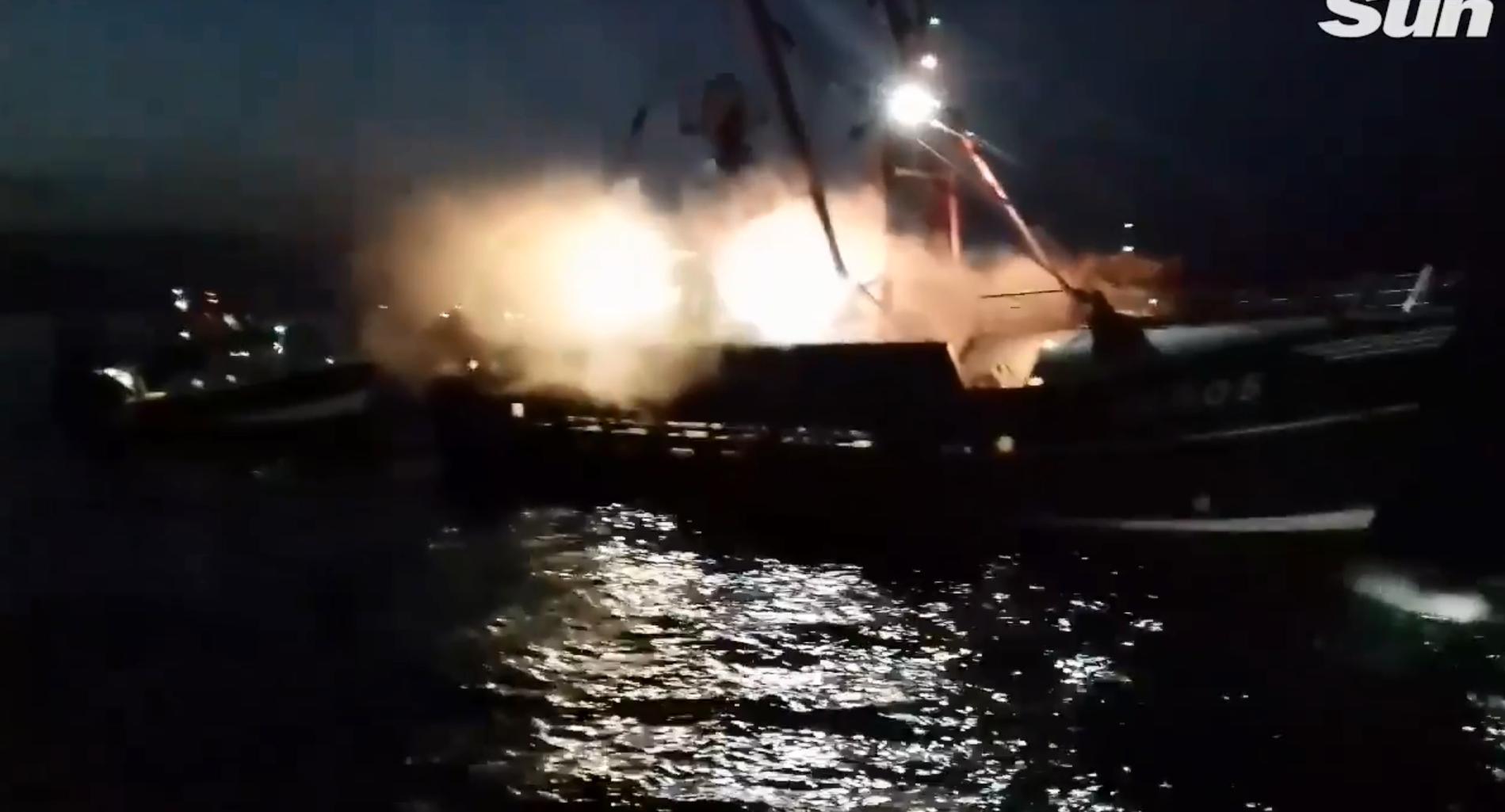 Had the French, through the EU, not appropriated a 90 per cent share of ­Channel fish stocks, our fishermen would not have resorted to targeting scallops. It is the British fishermen that should be protesting against the French — not the other way around.

Thankfully, Brexit provides a wonderful opportunity. When we leave the EU, ­Britain reverts to international law under the United Nations Convention of the Law of the Sea (UNCLOS).

This would automatically restore all our resources and waters out to the 200-mile — or to the median line between Britain and France or Britain and Ireland.

Doing so means shares would be based on the predominance of species in our waters. European Commission data shows that post-Brexit, the ­Channel fish stocks should be split 70/30 in favour of the UK. 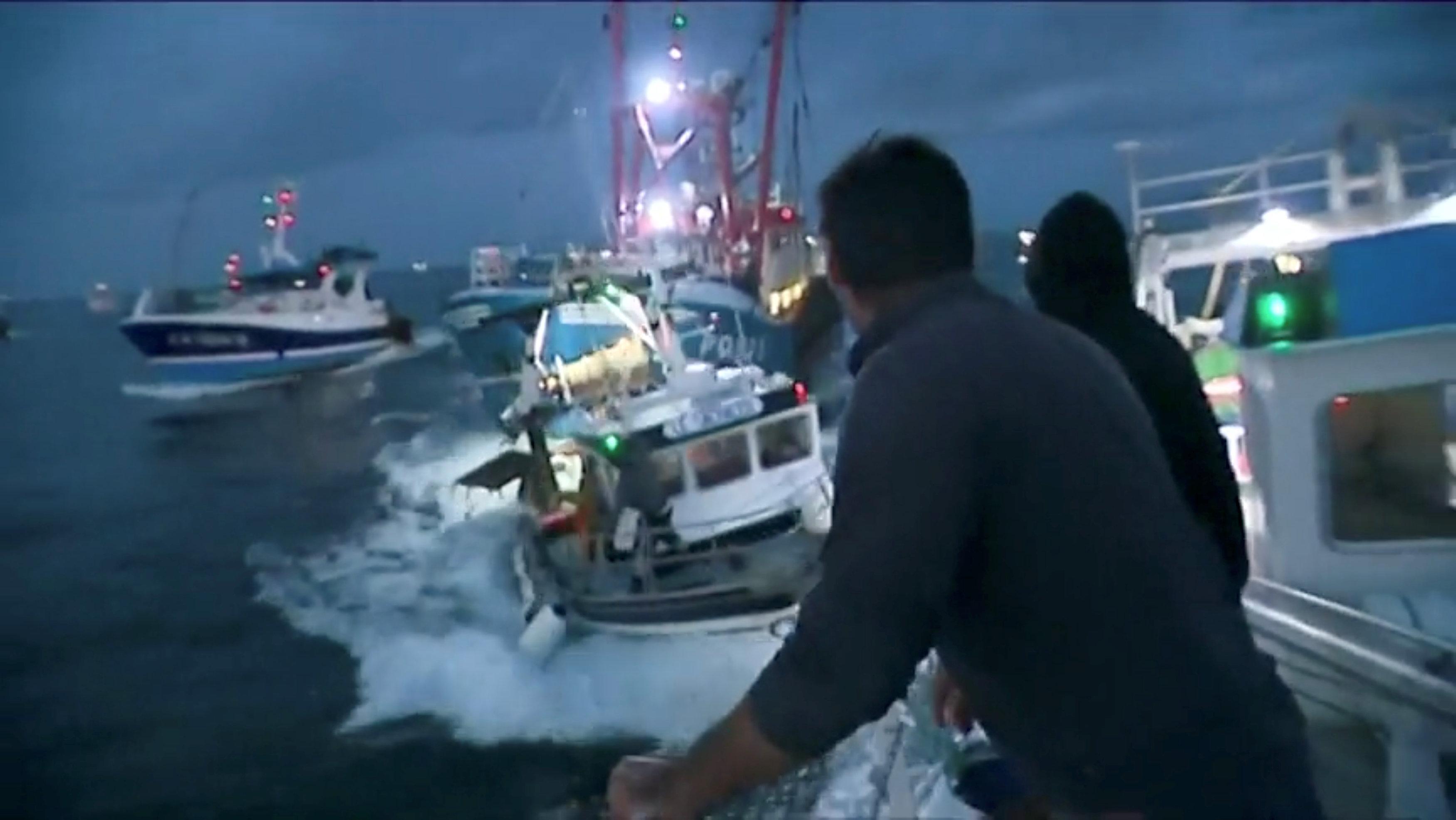 This would increase the value of the UK share from £133million to £355million — a massive boost to coastal ­communities.

Most importantly, reverting to UNCLOS — to become like Norway and ­Iceland — offers the freedom to use this nation’s finest renewable resource in the best way possible while loosely co-operating with our Nordic and EU neighbours.

Regaining national control is no solution if we replicate the same failed Brussels quota ­policies in London. However, Mrs May’s Chequers proposal and transition would throw all this away.

Under them we would leave the CFP but sign up to re-obeying all EU law — including the CFP and its unfair shares — as part of the transition. This would be fatal. 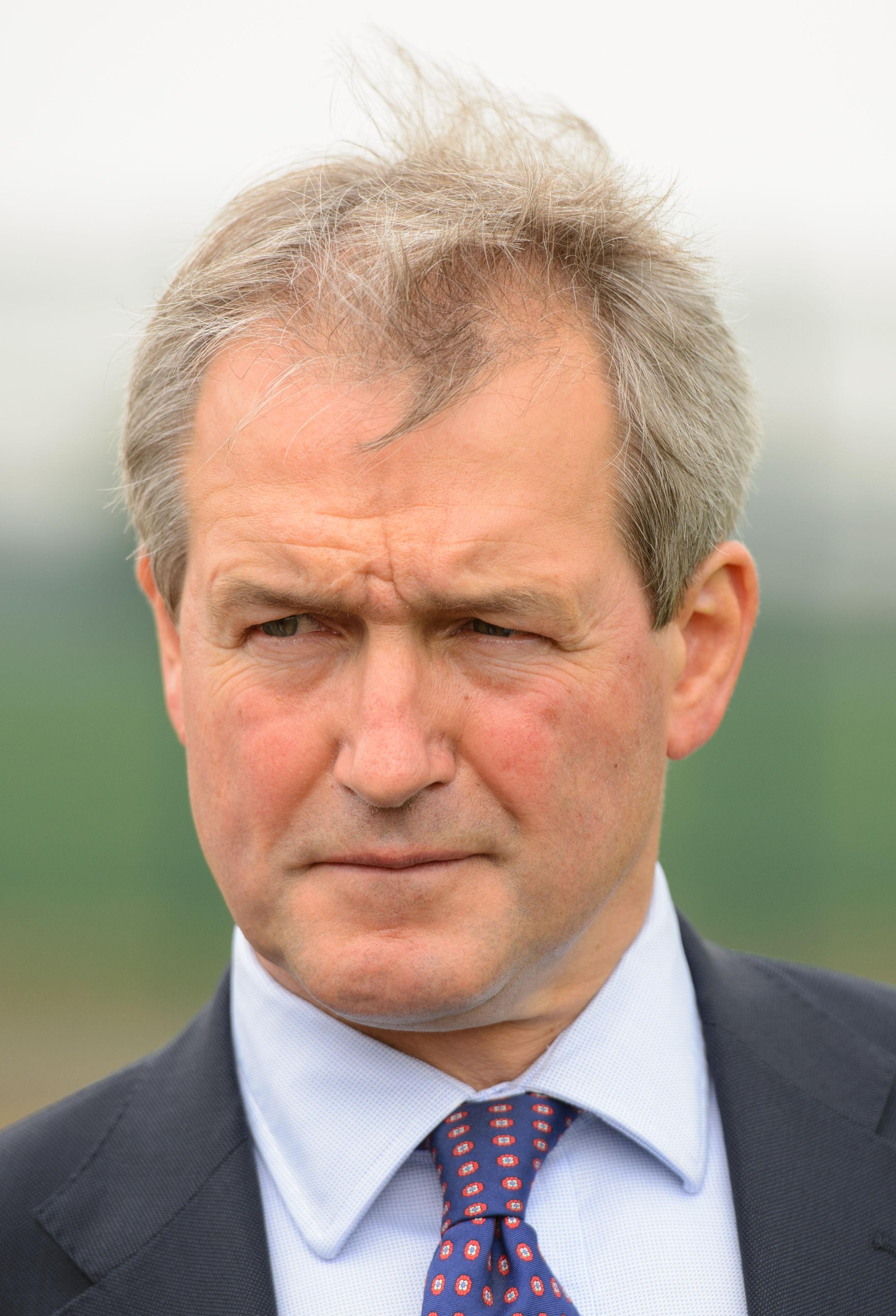 It would mean following the EU quota ­system which forces fishermen to discard up to 40 per cent of the fish they catch dead into the sea as they try to find the species they CAN keep to meet their quota limits. It is impossible to catch just the right species in the mixed fisheries around our shores. The only option is to “discard” the excess into the sea.

An estimated one million tons of ­perfectly edible fish are thrown back dead in this way each year — perhaps up to 40 per cent of all fish caught. They are worth some £1.6billion ­annually, or the equivalent of two billion fish suppers.

Currently, the EU proposes to ban the ­discard symptom — but not the quota ­system which causes it. As of 2019, EU vessels must cease fishing when they exhaust their lowest quota. These early tie-ups would prove ruinous to our fleet.

If we are to realise the huge opportunity from Brexit, we must urgently bring in a new policy which is suited to our mixed fisheries. When we abandon the CFP, we will be free to move from the fixed quota system to one based on the amount of time a vessel can spend at sea.

Here, fisherman can keep, land and record all catches in exchange for a limit on fishing time at sea. Such a system would replace fixed ­quotas with “flexible catch compositions”, setting targets for a sustainable mixture of species which a vessel should catch. But to achieve any of this, the ­Government must act quickly.

Brexit provides a wonderful opportunity to rebuild our fishing industry and improve our marine environment after years of neglect, but the timid proposals from Chequers fail to grasp it.

Breaking free and regaining full ­control will allow us to create a profitable £8billion industry, rejuvenate coastal communities and, most importantly, improve our marine environment to ­support generations to come.

'The Big Bang Theory': What Were The 3 Worst Storylines?

All Android users can now save money on games, apps and movies in the UK Google Play Store