EU leaders are ready to offer the UK a three month extension on Brexit if there is a prospect of heading off no deal, it was claimed today.

A fallback option said to be under discussion could see membership continue until July to give time for a second referendum or a Norway-style agreement to be put together.

But Brussels is adamant that such an extension would only be possible if there is a clear chance that Parliament can unite around a solution.

The manoeuvring comes amid mounting fears that Theresa May will fail to get the package she has thrashed out with the EU through the Commons.

Around 100 Tory MPs have now publicly come out against the arrangements, and with Labour, the SNP and Lib Dems opposed the PM looks on course for catastrophic defeat in a key vote on December 11. 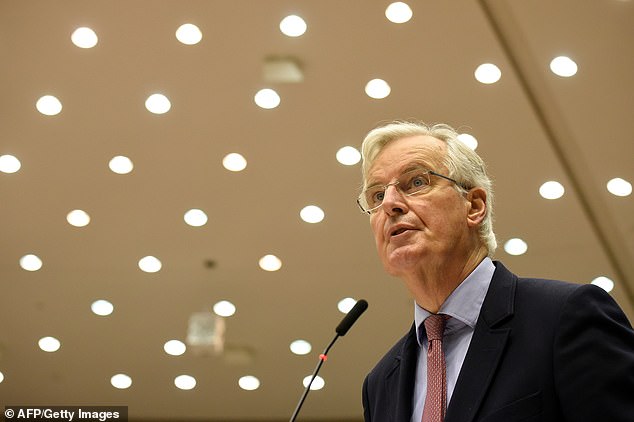 Mrs May has so far dismissed the idea that the Article 50 process could be made longer, insisting that the UK is going to leave the EU on March 29.

She has also denied that she is preparing a ‘Plan B’ – saying she is focused on getting MPs to agree to her plans.

Former ministers Justine Greening and Jo Johnson argued yesterday that a second referendum could feasibly be held in May, 22 weeks after the Commons vote.

Meanwhile, several Cabinet ministers are understood to be mulling the ‘Norway plus’ option being championed by Tory MP Nick Boles to avoid no-deal chaos.

EU sources told the Times the latter option could be a ‘game changer’. ‘Norway plus a customs union would be viewed positively,’ the source said.

Another diplomat said Article 50 would only be extended to give time for a deal to be implemented, not to re-open negotiations.

‘It is something available to us that has been talked about in Paris and Berlin,’ they told the newspaper.

‘Where we are clear is that this is only on offer when we know what the British parliament wants.’

It is thought the extension could only practically last until July when elections to the European parliament have been completed.

The EU insists the legal text of the Withdrawal Treaty – including the Irish border backstop – cannot be reopened. 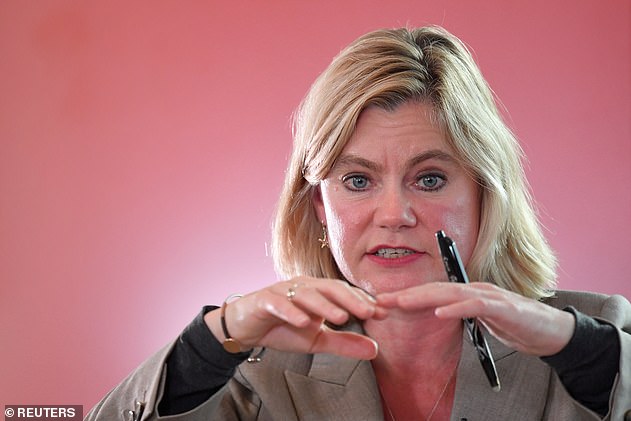 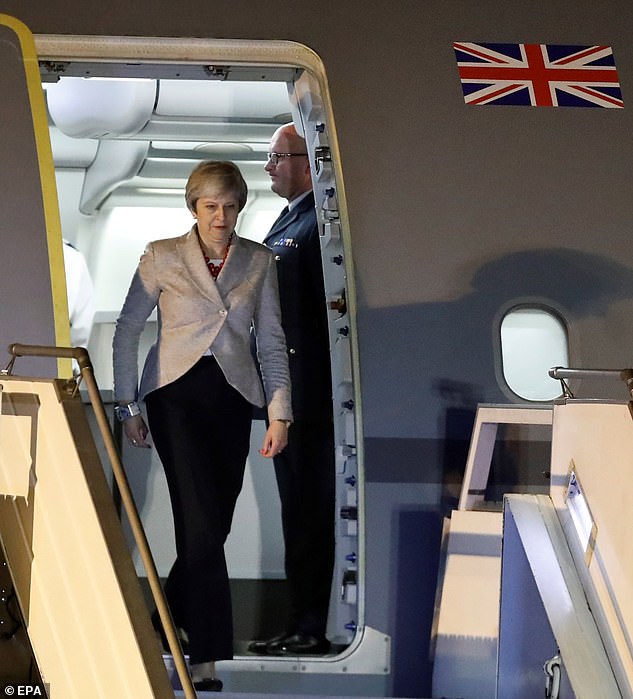 The Prime Minister, pictured arriving for the G20 summit in Argentina this morning, is fighting to save Brexit deal

Any changes would potentially be made to the political declaration, which is intended to provide the framework for a future trade deal.

‘Given the difficult circumstances of this negotiation and given the extreme complexity of all the issues of the British withdrawal, the treaty that is on the table is the only deal possible,’ he said.

Meanwhile, Brexiteers have again opened fire on Mrs May for refusing to insist on the UK being able to exit unilaterally from the Irish border backstop.

There are claims that UK negotiators went as far as drawing up a clause that would have given effect to the demand.

The secret plan is said to have been commissioned last month by then-Brexit Secretary Dominic Raab and Attorney General Geoffrey Cox.

However, Mrs May did not put it to Brussels as she was convinced it would never be accepted.

The EU and Ireland have been totally insistent that the backstop could not be unilaterally ended.

Secrets About SATC's Finale That You Probably Forgot