Evaristo was awarded an OBE on the Queen’s birthday honours list in 2020 after becoming the first black woman to win the literary prize the year before for her novel Girl, Woman, Other.

British honours have been rejected by hundreds of people for a wide-ranging number of reasons, ranging from objections to Government policies to feeling the nominated honour is not sufficient.

The orders of the British Empire, such as OBEs and CBEs, have especially been turned down due to the associations with imperialism.

Notable figures who have turned down honours because of this include spoken word artists Benjamin Zephaniah and George the Poet as well as Howard Gayle, the first black footballer for Liverpool FC.

But Evaristo, who describes herself as a political writer and an activist, has defended accepting the award. 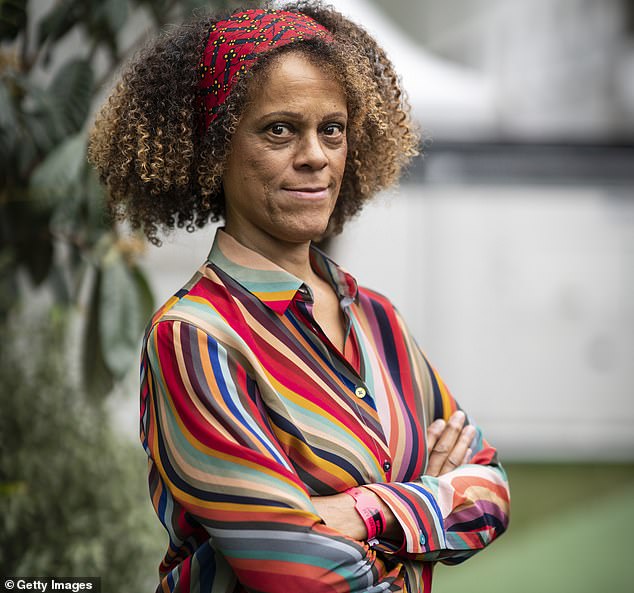 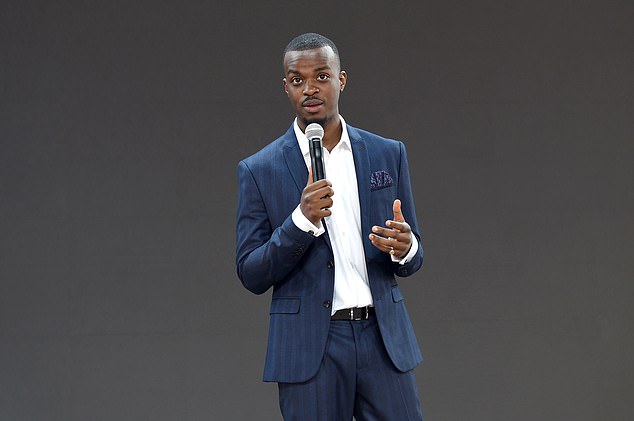 Speaking to the Evening Standard, the 61-year-old, said: ‘They are old-fashioned terms and they need to change them.

‘But I’m happy to accept these recognitions as a national honour. Also, my argument is, what does it look like if we don’t accept them?

‘If black and Asian authors don’t, then they become white honours for white British people and that goes right up to people becoming Dames and entering the House of Lords.

‘We continue our exclusion from certain levels of participation in society, and I think that would be sad.’

Figures who have turned down British honours over its links to colonialism include poet Benjamin Zephaniah who turned down an OBE in 2010, stating: ‘I get angry when I hear the word Empire’.

Howard Gayle, the first black footballer to play for Liverpool FC, declined an MBE in 2016, stating it would be ‘a betrayal’ to Africans who suffered at the hands of the British Empire. 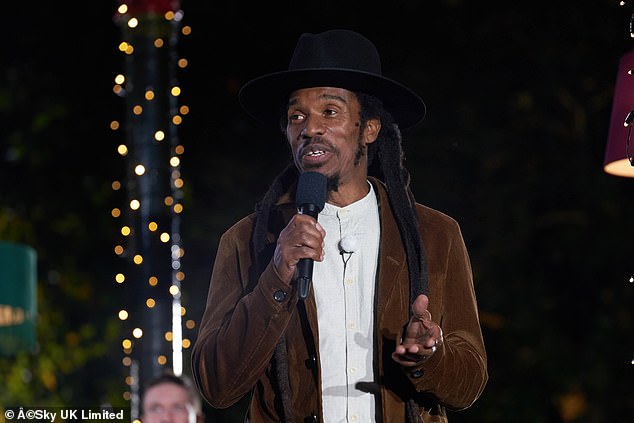 And in 2019, spoken word artist George the Poet turned down an MBE telling the BBC the ‘colonial trauma inflicted on the children of Africa’ meant he was unable to accept.

British Indian musician and composer Nitin Sawhney declined an OBE in 2007 over it’s links to the Empire, although he later accepted at CBE, stating it was for his father who died regretting he had turned down the OBE.

Zephaniah disagrees with Evaristo’s position and has reiterated his opposition to the OBE.

He told The Daily Telegraph: ‘The Empire is responsible for the murder of my relatives, so I could never attach the Empire to my name.

‘I believe that artists and workers should be acknowledged for the great things they do, but we need to find another way, and not continue with an honours system that is rooted in the conquering and oppression of others.’