Michael Fitzpatrick was seen holding his three-year-old son in one arm and using the other to grapple or punch out from the crowd. 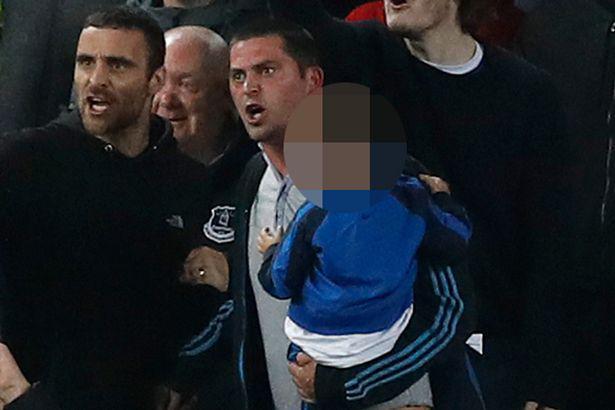 He targeted opposition players during a Europa Cup tie between Everton and Lyon last October – and the footage from Goodison Park went viral.

Fitzpatrick spoke out afterwards to admit he was "ashamed", after he was caught hitting goalie Anthony Lopes.

The dad was banned by the Merseyside club but said he blamed the brawling footballers for "swinging their arms".

He seemed to throw the punch after up to 20 players got involved in a pitch-side row. 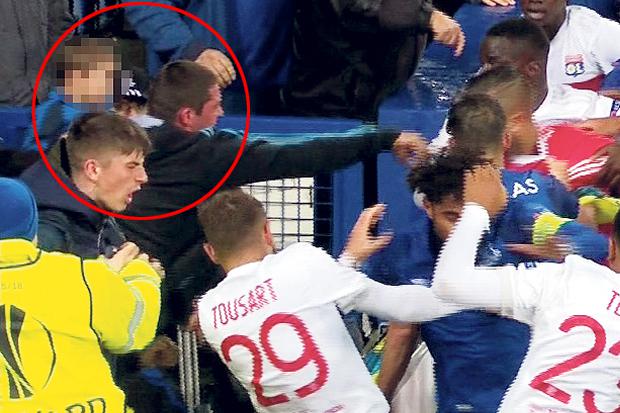 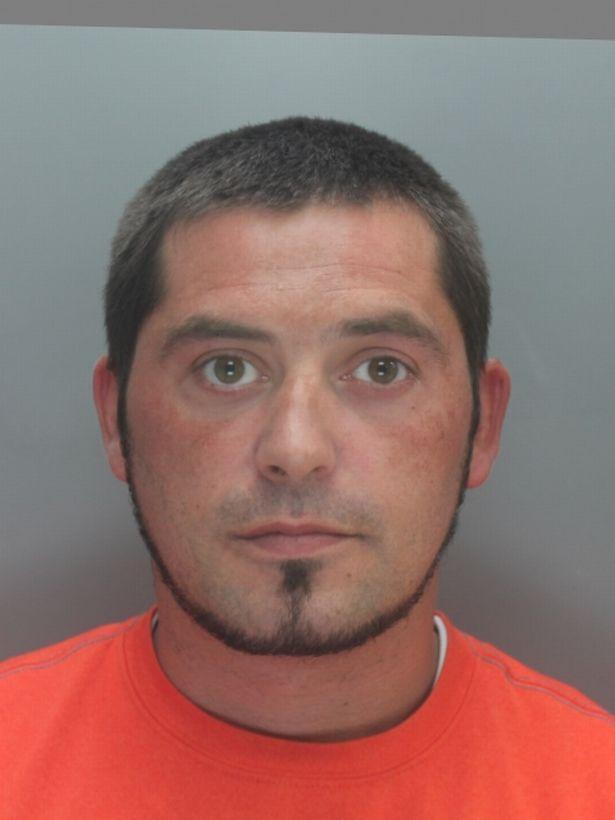 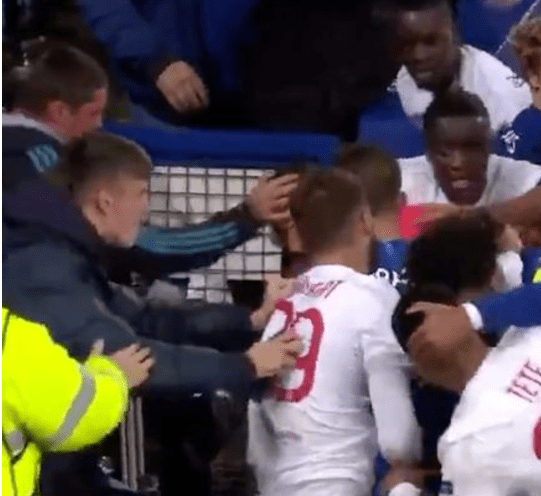 Fitzpatrick, 30, claimed a gate was left open, which allowed fans to get near the pitch.

He told the Sunday People at the time he had got too close to the brawl after getting "carried away", and put himself and his son in what he called a "dangerous position".

He said: "It was not intentional but I’d been too concentrated on screaming abuse at the players for being s***."

Fitzpatrick, from Prescot, was jailed for eight weeks after he pleaded guilty to assault, when he appeared at the Community Justice Centre in Bootle, Merseyside Police said.

He was also given a six-year football banning order because of the aggravating factor that he was holding a child when the assault took place.

Wales captain Ashley Williams said after the incident: "That's what happens. It's football." 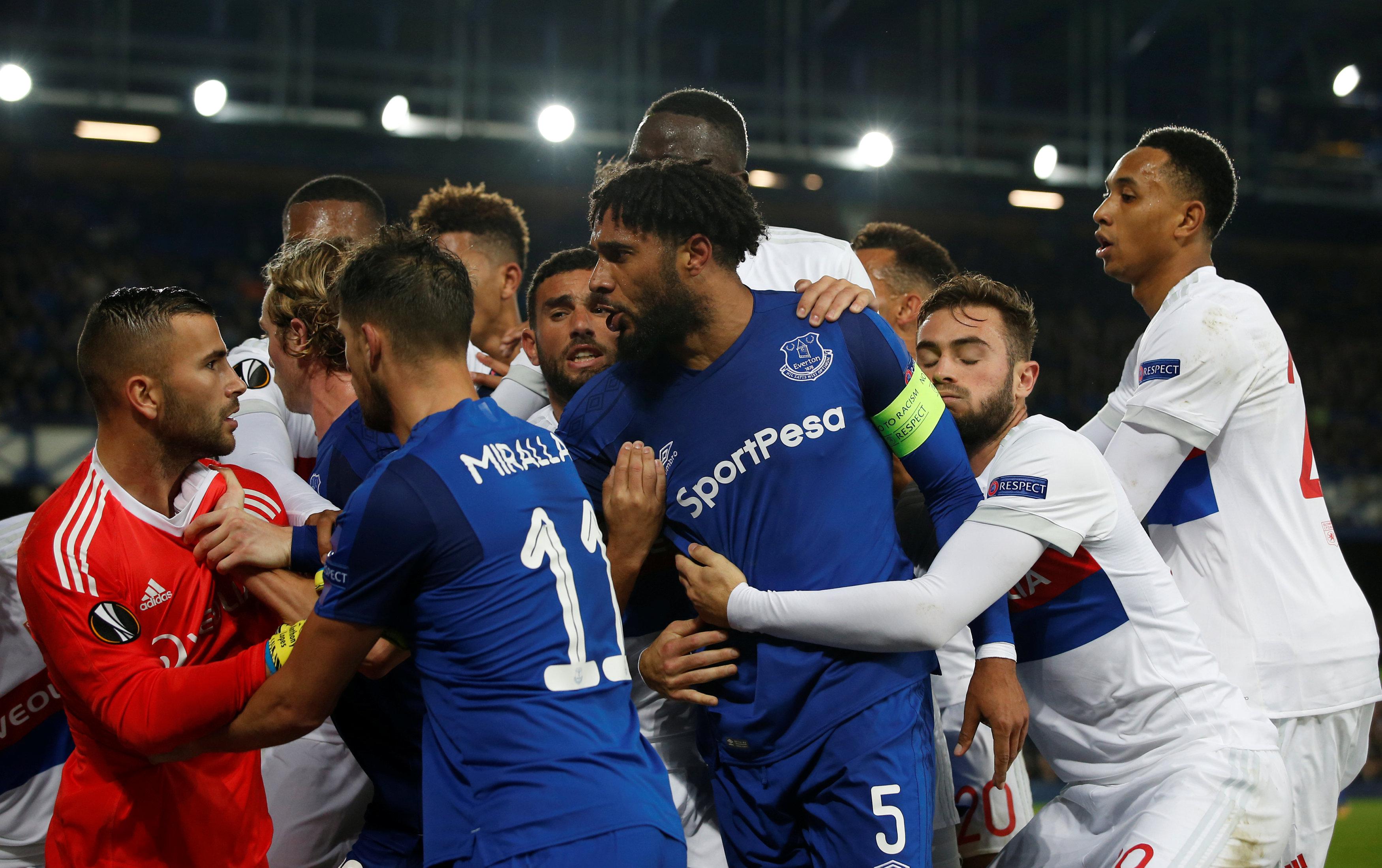 He was also given a six-year football banning order due to the serious aggravating factor of the assault taking place while holding a child.

Superintendent Dave Charnock, of Merseyside Police, said: "The majority of fans went to the game to enjoy it for what it was – a football match between two passionate clubs.

"The police will not tolerate the selfish and idiotic actions of a few attempting to spoil a game of football that the vast majority of people went along to enjoy.

"We will continue to work closely with all of our local clubs to make matches safe and enjoyable occasions for everyone, and ensure that we look to prosecute anyone who commits this type of behaviour."

"Fitzpatrick will now will have a criminal record and the consequences of this in the future could be significant."

The incident happened during the second half of the first leg with the home side trailing visitors Lyon.

Toffees skipper Ashley Williams' push on goalkeeper Anthony Lopes ignited a heated confrontation between several Everton and Lyon players which continued off the pitch and in front of the Howard Kendall Gwladys Street End.

Callum McCready, 19, of Four Acre Lane, Clock Face, St Helens, was also charged with assault in connection with the incident and was given a caution.

Daniel Herbert, 30, of Asbourne Crescent, Roby, pleaded not guilty to common assault and will stand trial in June.

Doctors warn women against putting wasp nests in their vaginas