Ministers could have to step in and renationalise four struggling train operators in what would be the biggest shake-up of the rail system since privatisation, experts have warned.

Transport Secretary Chris Grayling announced yesterday he that he is taking the East Coast Main Line back into public hands.

And experts have warned this could be the beginning of a series of interventions on ailing lines across the UK – with Northern Rail, South Western, Transpennine Express and Greater Anglia in the firing line.

Private companies which have won the contracts through low bids are now struggling to make the franchises pay as passenger numbers fail to rise as quickly as some predicted. 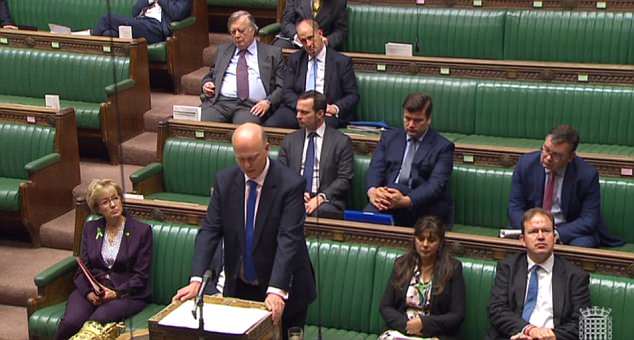 If five railways got renationalised it would be the biggesft shake-up of britain’s railways since privatisation, which took place betwen 1994 and 1997.

And it comes as Labour leader Jeremy Corbyn has vowed to renationalise Britain’s railways if he gets elected as Prime Minister.

How have we ended up with the East Coast Main Line back under public control?

The East Coast Main Line has was handed to private operators since 1997.

But the franchise has endured a troubled history – with the government having to step in three times over the past decade.

GNER was stripped of the route in 2007 after its parent company suffered financial difficulties, while National Express withdrew in 2009.

Services were then run by the DfT for six years up to Virgin Trains East Coast taking over.

VTEC – a joint venture between Stagecoach and Virgin – was awarded the eight-year franchise to run trains in November 2014.

But Stagecoach reported losses on the line and in November last year Mr Grayling announced that the franchise would be terminated in 2020 to enable it to become a public-private railway.

Mr Grayling insisted in February that ‘there is no question of anyone receiving a bailout’.

He said today that Stagecoach and Virgin had lost almost £200million as a result of the contract, but that there had not been any hit to taxpayers ‘at this time’.

Adrian Quine, a transport analyst, told The Times: ‘There is a risk to the Government that other rail franchises that have overbid will either collapse or simply hand back the keys, which will cause a real headache for the government.’

Lilian Greenwood, Labour MP and chairwoman of the transport select committee, slammed Mr Grayling for failing to apologise to passengers and taxpayers.

She also warned that other franchises ‘we know are struggling to meet their promised premium payments’.

Meanwhile, Andy Burnham, the Mayor of Greater Manchester, has called for an official investigation into Northern Rail.

He said he has been bombarded with complaints about its service from passengers since the start of the year.

Mr Burnham has written to Transport for the North (TfN) chairman John Cridland to assess whether Northern Rail has breached its licence to operate.

Mr Burnham said: ‘How can it be right that Northern presides over a service on which dangerous overcrowding in rush-hour is the norm, to such an extent that we know passengers have been taken ill?

‘What accountability exists for an operator so persistently failing in its duty to deliver a reliable, safe service?

‘The time has come to increase pressure on Northern to start delivering for its customers.’

Mr Grayling announced yesterday that Virgin Trains east coast would be stripped of its franchise next month, the third time in little over a decade the operator on the line has collapsed. 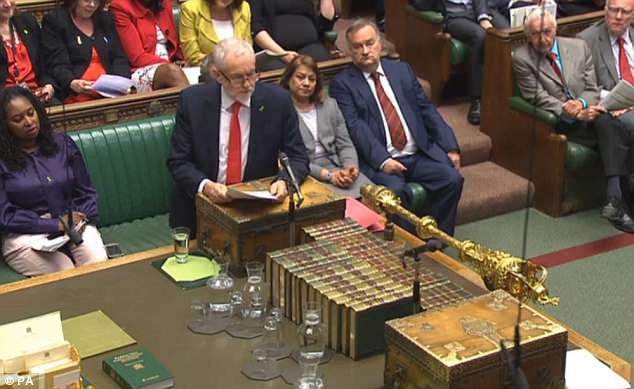 Labour leader Jeremy Corbyn (pictured in the Commons yesterday) has vowed to renationalise Britain’s railways if he gets elected as Prime Minister.

The decision to end the contract this year has been branded a ‘£2billion bailout’ by Labour and trade unions.

It is the third time in a decade that the government has had to intervene in the East Coast franchise.

Stagecoach Group, which owns 90 per cent of VTEC, said it was ‘surprised and disappointed’ that the Government had not awarded it a new deal to continue running services on the London to Edinburgh route.

‘The Bachelorette’: Becca’s Engagement Ring Battle: Which Rock Do You Like Better?

How to Get in to the ‘Anthem’ Closed Alpha

Woody Allen Teams With Spain’s Mediapro for Next Film

'Despicable': Harvey Weinstein claims he had a 'bargain' with Ashley Judd