BRIGHTON, England (Reuters) – Britain’s opposition Labour Party will on Monday set out a 6 billion pound per year plan to help look after elderly people, as it pitches its economic agenda for a socialist-run country at the party’s annual conference. 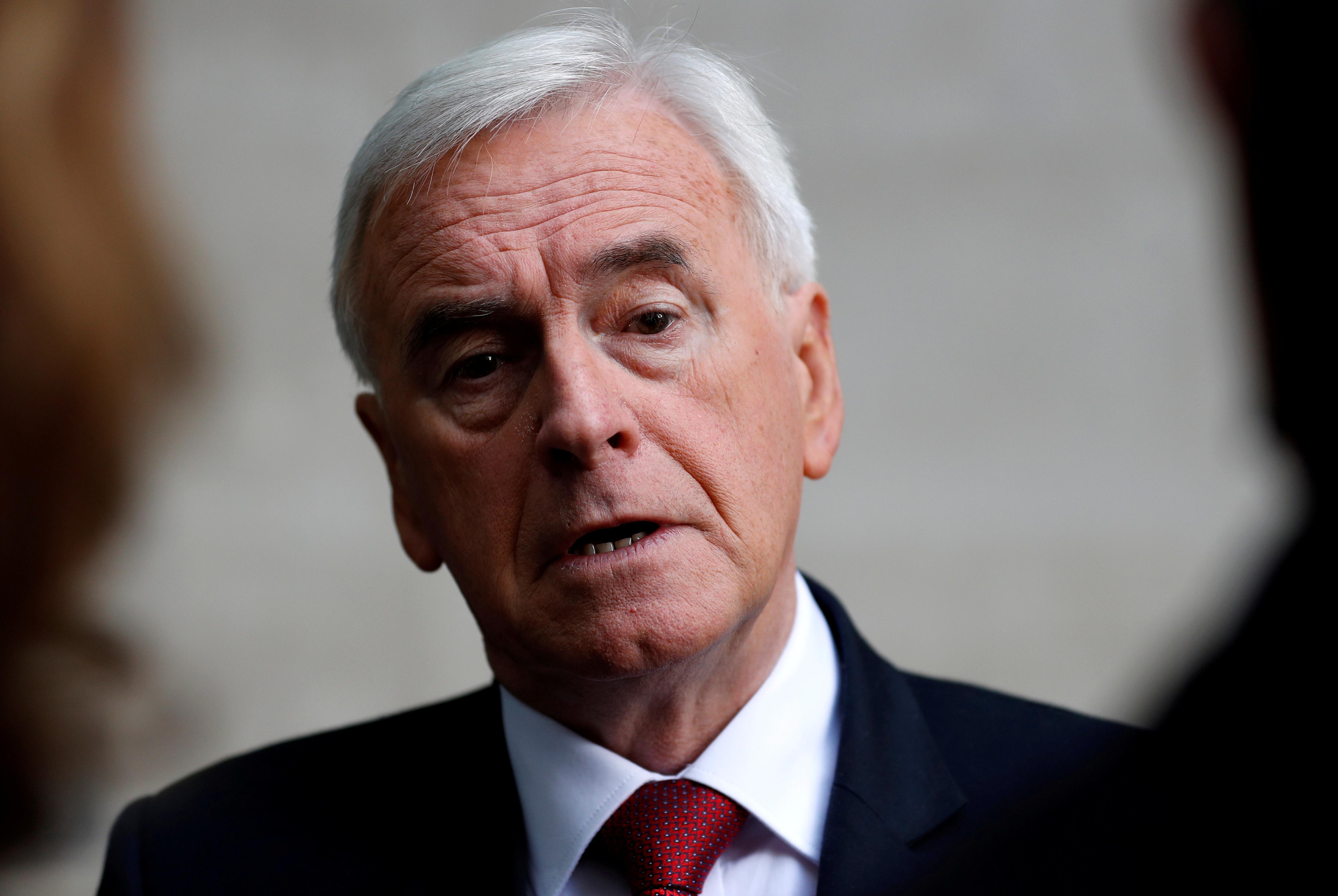 Labour is hoping to use the Brexit chaos engulfing Prime Minister Boris Johnson’s Conservative government to win control of Britain’s $2.8 trillion economy at an early election expected to be called later this year.

Presenting himself as Britain’s finance minister in waiting, veteran left-winger John McDonnell will set out a series of policies to reshape the pro-business, free-market orthodoxy that has guided the British economy for decades.

Extracts of the speech released late on Sunday highlighted a pledge to pump billions into the country’s social care system, aimed primarily at providing the elderly with free assistance for basic tasks like cooking meals and bathing.

“Nothing is more important than dignity in retirement for those who have built our country and given younger generations the world we live in today,” McDonnell will say.

The 68 year-old, once considered on the extremes of Britain’s political spectrum after a lifetime spent campaigning to tear up the capitalist system, is now seen by investors as a possible custodian of the world’s fifth largest economy.

The party did not explicitly set out how this would be funded, but pointed to its manifesto at the last election which set out tax rises to pay for more funding for the wider social care system.

McDonnell has already backed new taxes on Britain’s financial services sector, and, in the 2017 election campaign, said he would raise income taxes on the highest earners.

“We’re going to re-shape the economy,” McDonnell told an anti-austerity rally in Brighton on Sunday on the eve of his speech, promising to have a budget and legislative agenda ready if Labour wins power.

But, with Johnson fighting a battle to keep his divided party together over Brexit and huge uncertainty over how and when Britain will leave the EU – if it ever does – the result of a national election is hard to predict.

The personal care policy strikes at a raw nerve for Britain’s ageing population – a demographic that votes in high numbers and has the power to swing election outcomes.

In the 2017 election a Conservative policy that was seen as unfairly penalizing dementia sufferers prompted a dramatic decline in the party’s poll rating and is cited as a major factor behind a disastrous result for then-prime minister Theresa May.

March was busiest month for UK supermarkets on record