THIS is the bizarre moment a man plunged 20ft from a windowsill wearing just pants and socks after "his lover's husband came home early".

The startling clip – shot in Switzerland – opens with the chubby chap desperately clinging to a second-storey ledge. 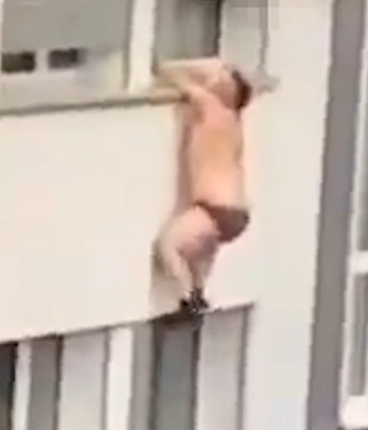 He can be seen scrambling to get a better grip to prevent what he knows will be a very painful and embarrassing fall.

However, within seconds, gravity takes its toll and he comes crashing down onto a white van parked below with a sickening thud.

As he falls with  flailing legs the stunned woman filming the incident can be heard exclaiming "oh my god" in German.

After crashing on to the vehicle belly first, the dazed man then rolls off the back of the van on to the drive below. 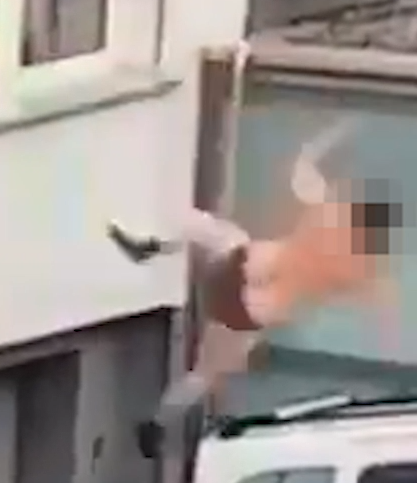 Officers from the Zurich Cantonal Police said they were aware of the incident, which took place in Wallisellen, but would not release further details.

However, many of the thousands to have seen the video on Twitter have their own theories.

RossMac posted the video with the caption: "The woman's husband come home early."

And Lovewill wrote: "If you can’t fight…don’t mess around with a married woman lol."

Catwoman remarked: "Hubby will be wondering where the two moob indents in his van came from tomorrow."

While Charlie Graham joked: "His pants will be a darker shade of brown after that impact." 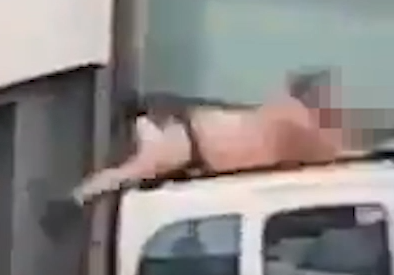 The 5 Worst Reviewed Tom Cruise Movies of All Time

'Silicon Valley': How Much Would Richard Hendricks Make From PiedPiper In Real Life?