The victim, aged in his 20s, suffered multiple deep burns to his head, neck, chest, abdomen and legs in the incident at a metal refining company in Kent. 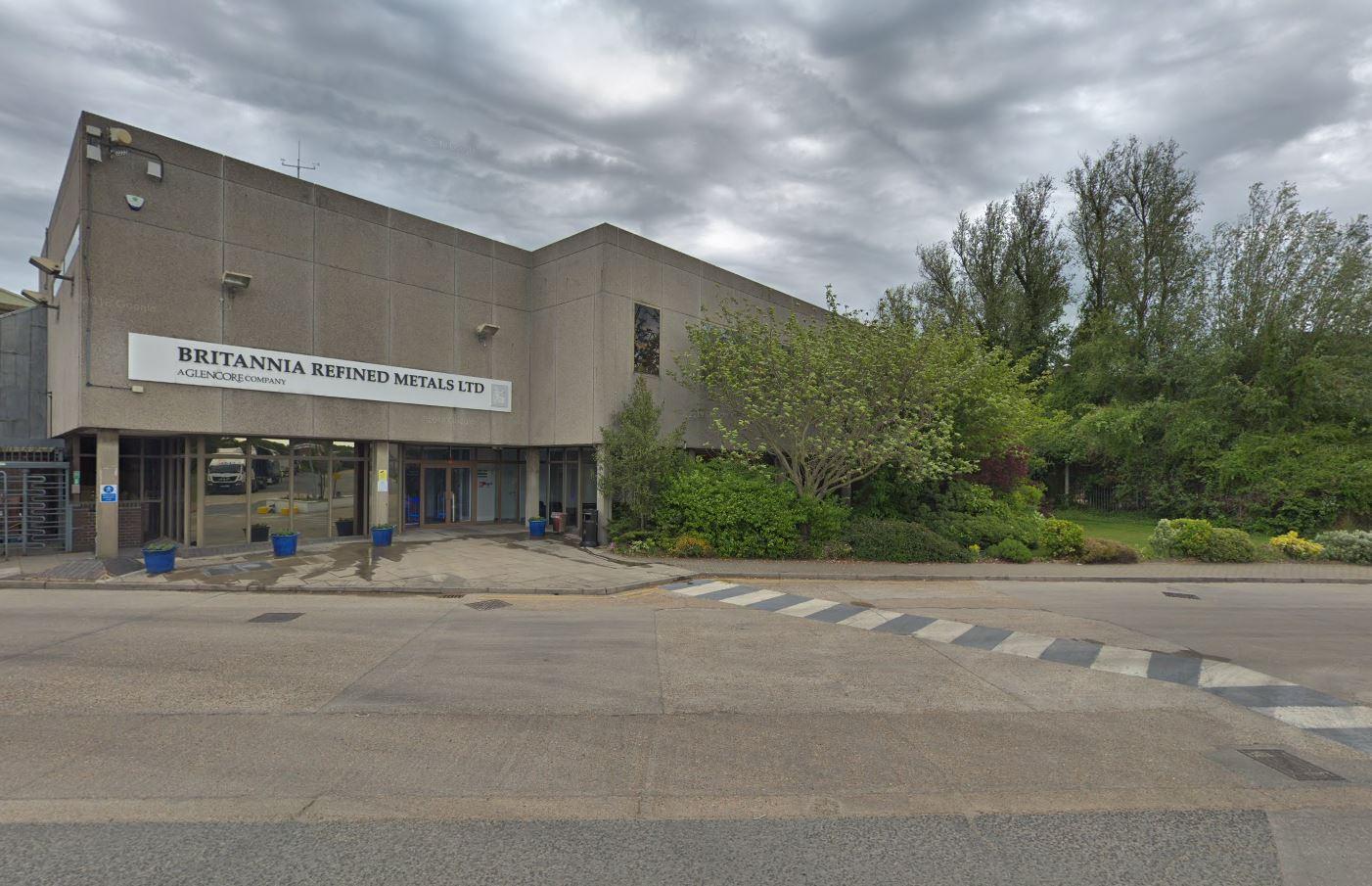 Emergency services raced to the factory which melts down metal in a high-temperature furnace.

He was rushed to hospital with life-threatening injuries after the melted metal poured down upon him from above and doused his body.

The liquid was believed to have inflicted severe burns which melted the skin on his head, neck, back, legs and abdomen in the horrific accident at 1.15am.

Colleagues at the Britannia Refined Metals site in Northfleet, Kent, immediately rushed the young man into a shower to try to cool him down and paramedics were said to have spent almost two hours treating him and rushing him to hospital by land ambulance.

The victim was rushed to the Tunbridge Wells Hospital in Pembury, Kent.

A spokesman at the metals plant confirmed that they were investigating what had caused the devastating spill.

In a statement, Florian Von Steinkeller, the firm's General Manager, said: “At approximately 1:00am an incident occurred at Britannia Refined Metals Limited, Northfleet Refinery, following which, an employee was taken to hospital.

“The company is currently investigating the incident and details will be made available as soon as they are known.”

The plant refines metals such lead and silver and is involved in the the production of refined lead, lead alloys and silver from crude and scrap lead – but it is currently unknown which metal the victim was doused in.

According to Mining Atlas, it is the largest primary lead producer within Europe, and is capable of producing more than 180,000 tonnes of lead and 400 tonnes of silver a year.

A spokesman for Kent Police said today: “We were called to an industrial incident in Botany Road, Northfleet, at 1.15am.

“Officers attended the scene and provided support to crews from the South East Coast Ambulance Service, who conveyed a man to a local hospital.

“The incident has been referred to the Health and Safety Executive.”

Lidl challenges teen with autism who ONLY eats peanut butter English muffins to 72,000 Retweets to win a lifetime supply

Nine creepy Halloween commands you can ask Alexa to get spooky