The long-awaited report into the so-called ‘Partygate’ scandal engulfing the British government has outlined failures of leadership and judgment by British Prime Minister Boris Johnson’s office.

The internal inquiry by civil servant Sue Gray into potential breaches of lockdown regulations by Johnson and his staff investigated more than a dozen social gatherings, including alcohol-fuelled parties, in Downing Street. 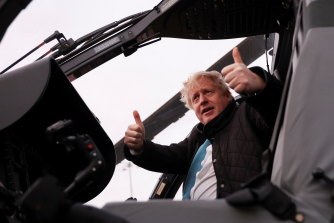 “Against the backdrop of the pandemic, when the government was asking citizens to accept far-reaching restrictions on their lives, some of the behaviour surrounding these gatherings is difficult to justify,” the report states.

Police last week said they would launch an investigation, having received information from the internal inquiry.

While the parallel police investigation under way, Gray was asked to exclude her conclusions on the most damaging allegations against Johnson and his team.

As a result, the findings are part of what Gray’s office calls an “update” on her investigation, rather than a full report. Major parts of her findings have been withheld at the request of the police, including details of a party in Johnson’s own Downing Street flat.

Even so, the release of her report represents a moment of political peril for the Prime Minister. Johnson is trying to draw a line under the steady drip-drip of allegations by the UK media.

Members of Parliament in his own ruling Conservatives are openly about toppling the Prime Minister as the party plunges in the polls.

Gray has since December been investigating reports of more than a dozen apparent rule-breaking events at Johnson’s office and in other government departments in 2020 and 2021, at a time when gatherings were banned as part of restrictions to tackle COOVID-19.

Gray had been preparing to release her full report last week before London’s Metropolitan Police confirmed they had opened their own investigation.

How celebs are taking fshion inspiration from KFC's Colonel Sanders

Your Daily Horoscope for Monday, July 16