FAMILIES were left disgusted after finding an arsenal of sex toys dumped in a back passage.

They were spotted behind a row of terrace houses in Stoke-on-Trent but it isn't clear if a cheeky local had a clear out of their top drawer.

Stunned locals have now revealed their disgust at the discovery as the alley is close to where children play.

"We had gates put on the alleyway so that children could play there safely and it’s not nice for children to see that, I wouldn’t appreciate it.

“It could have been an Ann Summers' party or a young girl who’s had them and didn’t know what to do with them and slung it in the back. Either way they really shouldn’t have been there."

While Joseph Effah said he will now think twice about where he lets his children play as he slammed the "inconsiderate" fly-tipper.

Stoke-on-Trent City Council declined to comment on the sex toy fly-tipping because "it hadn't been reported to them".

But the authority said they are encouraging residents to report the crime to them. 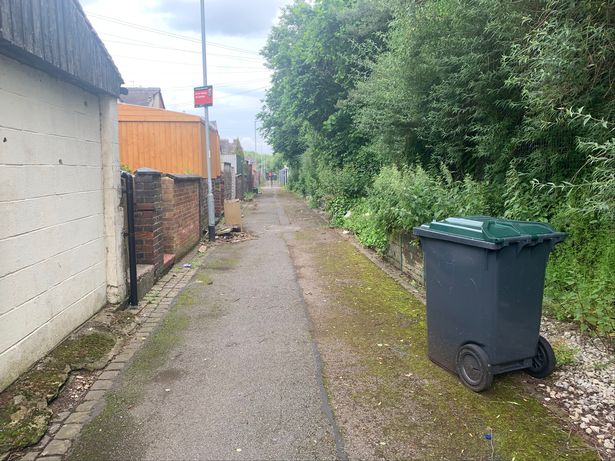