A family embroiled in a battle over illegally keeping a pet kangaroo have been left heartbroken after it was taken away from them.

Kim Perry saved baby joey ‘Rocky’ after finding him in the pouch of his death mother who was killed by a car five years ago.

But Ms Perry was left devastated after NSW National Parks and Wildlife Service removed Rocky from her property earlier this week while she was a work.

Ms Perry was issued with a caution instead of an infringement notice and said the ordeal has left her ‘very angry’ and ‘sad’.

Rocky was taken to a wildlife park where children can pat and play with animals. 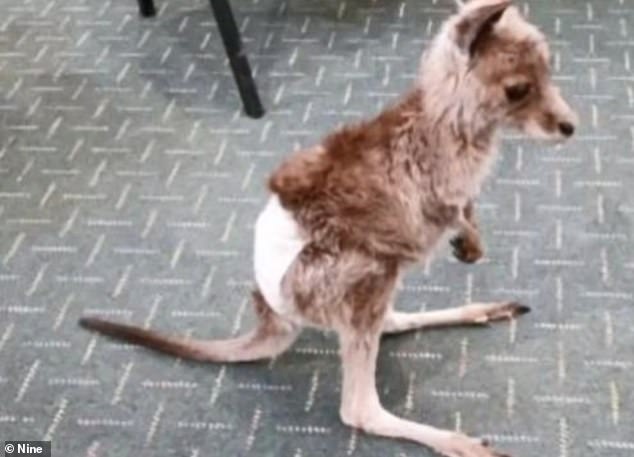 While she admitted Rocky (pictured, as a joey) ‘wouldn’t have a hope’ of surviving on his own in the wild, she said the group would try to train him to fend for himself 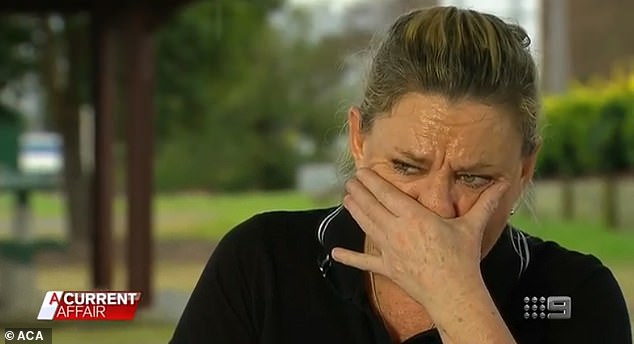 Kim Perry (pictured) said she was notified of Rocky’s removal while at work, which has left her ‘very angry’ and ‘sad’

‘I was serving customers at work and the next thing you know two police officers and a lady from parks at wildlife turn up. They gave me a letter and said they had been to my place and gotten Rocky,’ Ms Perry told A Current Affair.

‘I’m very angry, I’m sad I couldn’t be there to stop them because I was at work.’

For the past five years Rocky, who is now 2.8m tall, has eaten, slept and watched TV with the family, often sharing showers with Ms Perry.

Rocky ended up in Ms Perry’s care after the eastern grey was found and taken to her 50-acre property to nurse him back to health.

Ms Perry is a wildlife rehabilitation licence holder and is required to release animals back into the wild once they are healed. Rocky, however, was never released.

While he never tried to jump over the low fences surrounding the property, the marsupial panicked and escaped when bushfires threatened the area earlier this year.

He fled over a hill to a new housing estate and was finally picked up by local animal shelter, Hunter Wildlife Rescue.

‘I went over there and I asked if I could bring him back home, and she’s just saying ‘no, sorry’,’ Ms Perry told A Current Affair.

Ms Perry hatched a plan to break into the shelter at 1am to take Rocky back.

‘I put him in the back of the car and brought him home. He was happy,’ she said.

Prior to the ‘roo-napping’, wildlife carer Judy Hopper tried to tell Ms Perry having a wildlife rehabilitation licence does not mean she could keep rescued animals as pets.

‘I explained that she can’t keep him … our entire aim is to rehabilitate and release,’ she said.

‘You’re not allowed to keep a kangaroo as a pet. It is illegal, it’s totally illegal in NSW.’

While she admitted Rocky ‘wouldn’t have a hope’ of surviving on his own in the wild, she said the group would try to train him to fend for himself.

‘It wasn’t fair on him to be left alone and not learned to be a kangaroo, but he has the right to go out and join the mob and have babies,’ she said. 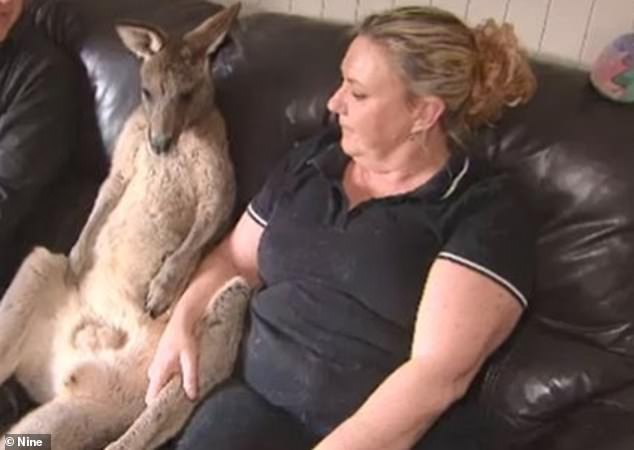 Ms Hopper reported the incident to her manager, who immediately called the police.

Ms Perry now faces having wildlife rehabilitation licence revoked, stripping her of the authority to save the lives of injured animals.

‘I’m scared the ranger or the carers could turn up here at any time and just take him and then I’ll be charged with trespassing,’ she said.

She does not believe Rocky can be rehabilitated, but National Parks and Wildlife and the local rescue centre will decide his fate – most likely releasing him into the wild.

In NSW, only two species of native animal can kept as long as the owner has a licence and they have been bred in captivity, spinifex hopping-mice and plains rats.

The only state where keeping a kangaroo is allowed is Victoria, and even there permits are rarely granted.