This shocking image shows a family risking their babies’ life after they were caught sitting underneath unstable cliffs renowned for being prone to rockfalls.

The four adults, who had a child and dog with them, ignored safety warnings put in place around the 150ft cliffs in West Bay in Dorset, which featured in the television show Broadchurch.

The group sat at the bottom of the rockface on boulders which had fallen previously. 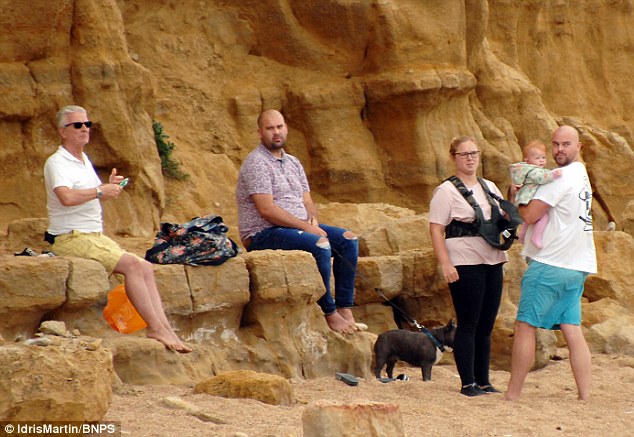 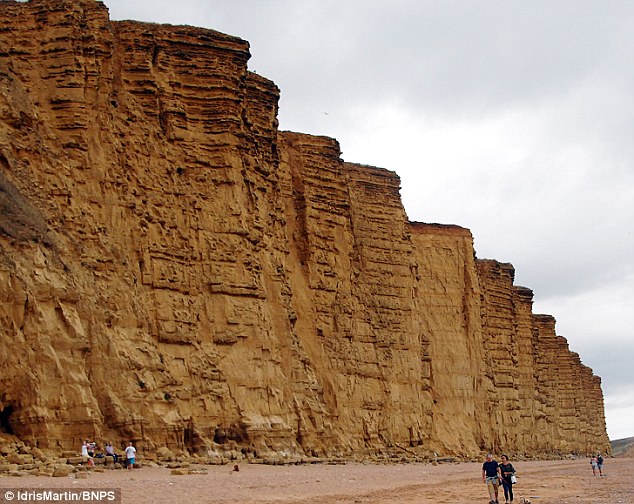 They were photographed by Idris Martin on Thursday afternoon.

He said: ‘I was on the beach for about 15 minutes just taking photos of people enjoying themselves and I spotted this group right under the cliff.

‘They seemed to be just sitting there, looking out at the sea and I just thought ‘what a stupid thing to do’, especially having a baby there.

‘There’s lots of signs around warning people not to get too close but they seemed oblivious, I don’t think they were local.’

The 180-million-year-old cliffs are suseptiable to sudden rockfalls, particularly after periods of long, dry weather.

Charlotte Blackman, 22, was crushed to death when a landslip occured as she walked under the cliffs slightly further along the Jurrasic Coast at Burton Bradstock back in 2012.

Last month, Harriet Forster was killed by a rockfall in Staithes, North Yorkshire.

West Bay Coastguards have issued a number of warnings throughout the summer period as the areas close to the cliffs become increasingly popular with tourists and dogwalkers. 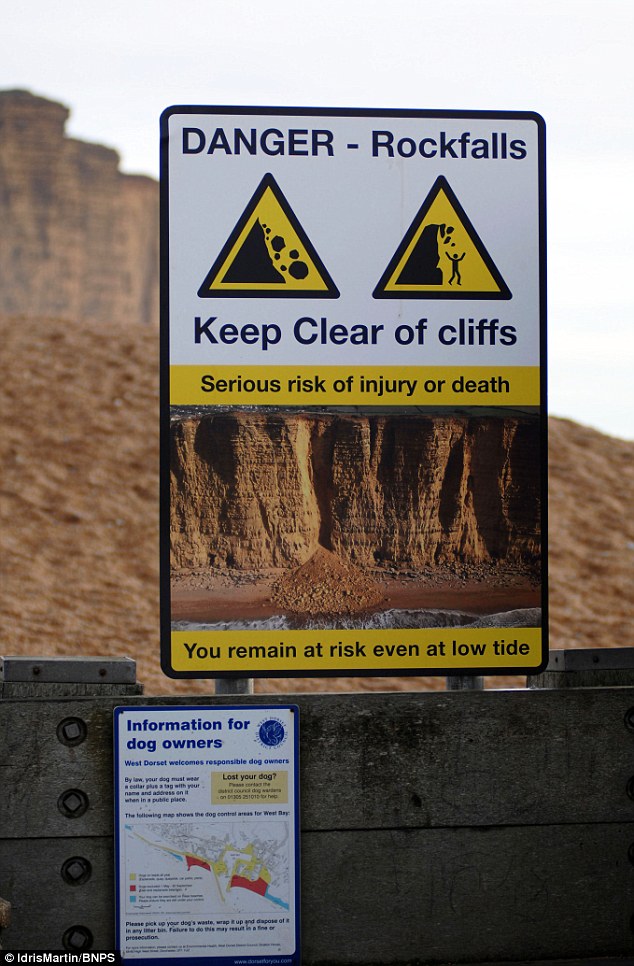 There is numerous warning signs around the cliffs in Dorset

‘The Jurrasic Coast is a beautiful place to come and visit, but it is also an ever changing and dynamic natural environment.

‘Coastal erosion that can cause rockfalls, landslides and mudslides is a natural part of this environment, and these can happen at any time and without warning.

‘The truth is that we just don’t know when the next cliff fall might occur. It’s the unpredictability of these dangers which poses the greatest risk to the public, but there are some really simple things you can do to keep you and your family safe.

‘When walking on the beach under the cliffs, the coastguard recommend that the height of the cliff is the distance you should stay away from it.

‘For example if the cliff is 50ft high, then you should stay a minimum of 50ft away from the base of the cliff.

‘There is very clear signage on the beach and at the base of the cliffs which clearly states “Danger Rockfalls, Keep Clear of Cliffs, Serious Risk of Injury or Death”.’

While Mike Pompeo Secured The Release Of Three Americans From North Korea, ‘New York Times’ Claimed He Was MIA

Tube driver reveals what it's REALLY like to work for TfL