Tens of thousands have poured into the streets of Vienna to protest a new lockdown.

Far-right groups are leading the opposition to the Austrian government’s decision to bring in new measures after cases of Covid-19 rose steeply.

As a new wave builds across the continent, legislators are having to contend with vocal opposition more so than at any point during the pandemic.

On Friday night two people were shot when riots broke out in Rotterdam following an anti-lockdown protest.

Demonstrations are also taking place in Switzerland, Croatia and Italy today with several government’s weighing up how to balance suppressing the virus without stoking disorder.

The Austrian lockdown, which comes into force on Monday, will initially last for 10 days but it could be doubled in length if necessary.

Most shops will close and cultural events will be canceled, with people permitted to leave their homes only for specific reasons, including buying groceries, going to the doctor or exercising. 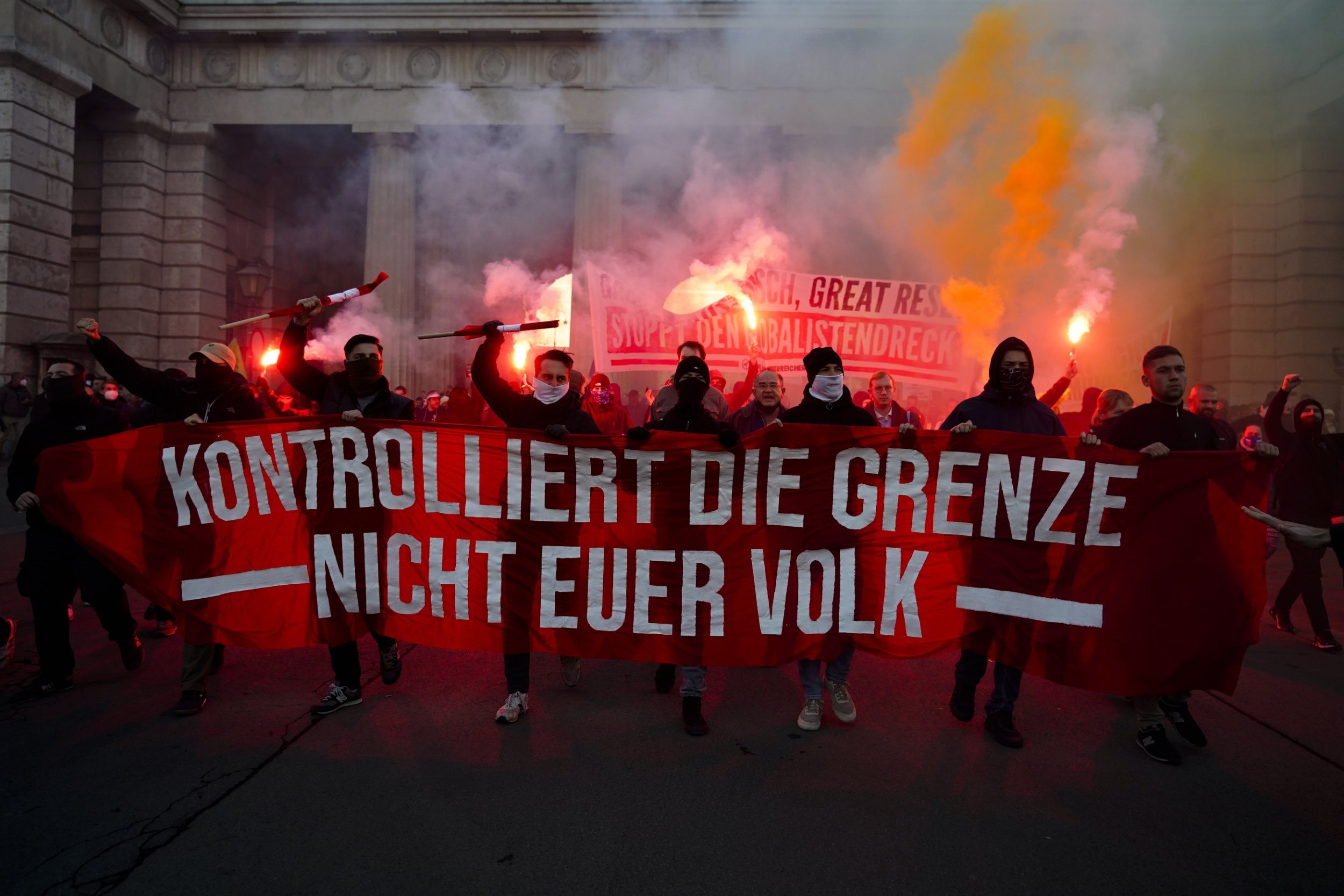 The Austrian government became the first to make vaccinations mandatory this week, a policy which will come into force on February 1.

Among those protesting in Vienna were members of far-right and extreme-right parties and groups, including the far-right Freedom Party, the anti-vaccine MFG party and the extreme-right Identitarians.

The march Saturday kicked off at Vienna’s massive Heldenplatz square.

About 1,300 police officers were on duty, and 35,000 protesters participated in different demos across the city, police said.

Freedom Party leader Herbert Kickl, who tested positive for COVID-19 this week and had to stay in isolation, made an appearance at the rally via video, denouncing what he called ‘totalitarian’ measures from a government ‘that believes it should think and decide for us’.

Vaccinations in Austria are among the lowest in Europe, with fewer than two thirds of the nine million population jabbed.

In recent weeks the daily average of deaths from Covid-19 have tripled.

Austrian chancellor Alexander Schallenberg apologised to vaccinated people on Friday, saying it wasn’t fair they had to suffer under the renewed lockdown restrictions when they had done everything to help contain the virus.

Holly and Phil threaten to abandon ‘disastrous’ This Morning segment: ‘Losing the will’

Gemma Collins looks slimmer than ever in pink floral dress

Summer's Hottest Swimsuit Trend Looks Fancy and Expensive – But It's Not