Our insatiable appetite for cheap jeans that has turned a sea into a desert: Devastating assault on the fashion industry reveals how trend for disposable fashion is threatening the lives of millions

Today, the scrubland that was once the Aral Sea in Central Asia is dotted with camels searching out sparse tufts of grass against a flat, sandy horizon. Only the bizarre sight of boats marooned hundreds of miles inland gives any clue to the area’s history. In just four decades, what was once one of the largest inland bodies of water on the globe has shrunk by more than two thirds – an area the size of Ireland – leaving behind a poisonous dustbowl.

And the reason? Our insatiable appetite for cheap jeans – and the rapacious cotton farming that feeds it at almost any cost.

Tomorrow, in a devastating assault on an industry that dictates so much of our high street economy, investigative journalist Stacey Dooley will brand fashion one of the biggest environmental disasters to hit the planet. 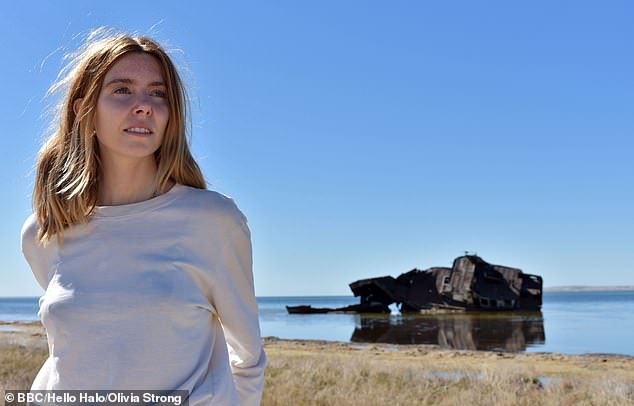 With Britons buying twice as many clothes as a decade ago – last year we spent £50 billion – there is mounting concern about cheap, disposable fashion sometimes branded ‘look and chuck’. Stacey’s BBC documentary Fashion’s Dirty Secrets will throw this into sharp relief. It reveals that, around the globe, millions of gallons of clean water have either been diverted to growing cotton, or have been hopelessly polluted by the toxic chemicals used for dyes and manufacture. The facts are stark: to grow enough cotton to make a single pair of jeans can take 3,400 gallons or 15,500 litres of water.

But that is only part of the issue – because the fashion industry’s pollution problem is also out of control. Factories connected to high street brands have been dumping chemicals from clothes production into Indonesia’s Citarum River, says Dooley, threatening the lives of millions.

Serious problems are already evident in the UK, too. The trend for cheap, disposable fashion means more than 300,000 tons of clothing are dumped in landfill in Britain alone each year, which last year worked out at 235 million items.

Meanwhile, microfibres from fleeces and sportswear are now a significant cause of plastic pollution in our rivers and oceans: 700,000 fibres are released in a single domestic wash.

Stacey, who is currently appearing on Strictly Come Dancing, says on the documentary: ‘It’s impossible to go down any high street without being bombarded by images luring us into buying cheap clothing. But the few pounds we spend on an item of clothing isn’t the true cost. 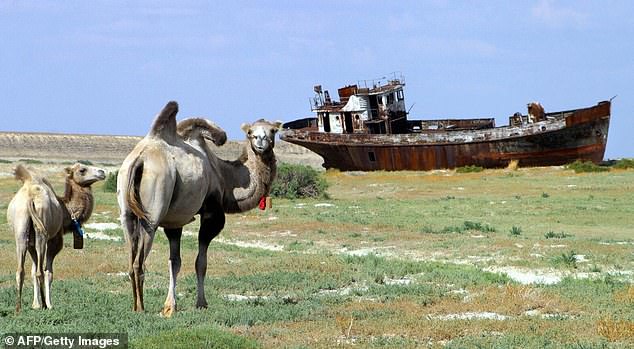 ‘It’s costing people their livelihoods. It’s costing millions of people their health. In fact, it’s costing us the earth. It’s a situation that needs addressing and fast. There has to be a real sense of urgency now because to be totally honest with you we are running out of time.’

In fact, there is growing momentum on the issue, with many officials now recognising the need for urgent action. Last week, for example, Parliament’s Environmental Audit Committee wrote to Britain’s ten biggest clothing retailers asking them to reveal their environmental footprint.

MARY Creagh, chair of the Committee, said: ‘Instagram is fuelling this as people are adopting a ‘look and chuck’ mentality – we’ve got a lot more fast fashion.

‘If you look at Italy’s fashion market, there’s much more focus on high-end clothing and people tend to save up and buy just one or two garments, like Max Mara coats, which are timeless. 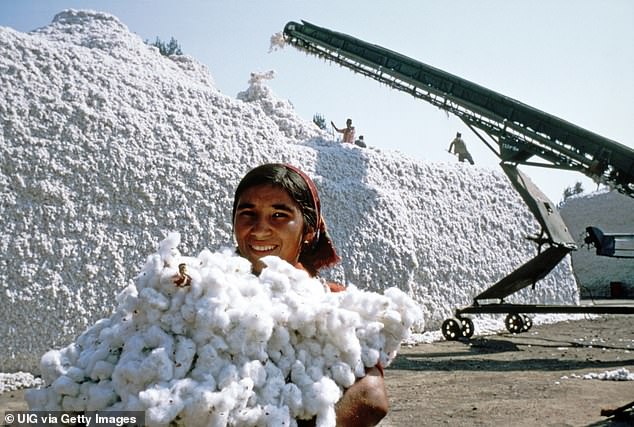 A health crisis has seen an increase in strokes, blood pressure and cancer in the local communities. It is believed to be linked to the toxic pesticides which were dumped in the water by cotton factories

Dooley is clear in the documentary that such cheap fashion amounts to ‘consumer catnip’. Its most dramatic illustration comes from Central Asia, a major hub for cotton production. Yet here, it has now become as dangerous to the environment as plastic.

Cotton producers in Uzbekistan – the world’s sixth largest cotton producer – have diverted water away from the Aral Sea to giant cotton farms, profoundly impacting the livelihood of farmers and fishermen in neighbouring Kazakhstan. The sea has almost vanished and vast quantities of chemicals were left on the sea bed, poisoning millions of people and farmland.

The loss of water has had a profound impact on the region. Summers are now as hot as 45C, and winters dip to minus 30C. There are no longer trees or plants to stop the wind, and huge dust storms whip up in seconds. An entire ecosystem has died, the fishing industry has been annihilated and thousands have lost their jobs. Equally, it is much harder to grow crops and to farm animals.

In the documentary, Stacey and her guide drive across what was once the sea bed, where camels now roam the landscape. ‘I feel like this portrays perfectly what’s gone on here,’ Stacey says. ‘There used to be fish – tens of thousands of tons of fish – and now there’s a camel.

The health crisis has seen an increase in strokes, blood pressure and cancer in the local communities. It is believed to be linked to the toxic pesticides which were dumped in the water by cotton factories. As the water has receded, the pesticides have turned to sediment on the dusty ground, only to be spread into the air by the billowing winds.

‘These sandstorms are so vast they can be seen from space,’ adds Dooley. ‘When the sea first vanished, they contained vast quantities of pesticides which had been washed in to the Aral from the cotton farms and left on the sea bed. They poisoned people and farmland. Millions across the region were affected and the impact is still felt today.’

Meanwhile, chemicals dumped into Indonesia’s Citarum River, already one of the most polluted waterways in the world, are causing similar devastation. The local army has spent months trying to clear the sea of plastic floating down the river.

But just as toxic are the levels of mercury, cadmium, lead and arsenic now present in the waters.

As she travels along the Citarum, Dooley discovers that factories are going to extraordinary lengths to avoid detection, dumping their waste at night, or pumping it through underground pipes into the river. The result? Lurid-coloured water, frothy waves, and a lack of oxygen – causing a putrid stench, dead birds and rats and devastation to local families who rely on the water for drinking, bathing and washing their clothes. More than 28 million people have been affected by the polluted water.

‘I’ve seen lots of devastation over the years,’ continues Dooley. ‘The problem here is the sheer enormity. The scale of what’s going on is just breathtaking. It’s hard to think the clothes I’m wearing could be causing so much damage. But I can now see how this industry has become such a threat to the planet.

‘The documentary points out that where, in the past, there were autumn, winter, spring and summer collections of clothes, retailers now work with more than 50 collections a year.

‘To tell people I’m never going to shop again would be completely dishonest,’ says Dooley. ‘Of course I am. But I do recognise how powerful I am as a consumer and I do want to go back to owning clothes and loving clothes and not consuming them in the way we do now.’

Environment Secretary Michael Gove turned down a request for an interview on the programme.

A spokesman for the Department for the Environment, Food and Rural Affairs said: ‘We are interested in any ideas to reduce the impact of waste on our oceans and wider environment. We have already cut waste from plastic bags and microbeads and we are also taking action on plastic bottles, straws, stirrers and cotton buds.

‘We are funding research into new ways to deal with micro-plastics but there is more to do.’

‘Supergirl’: Anthony Konechny To Recur On Season 4 Of the CW Series

Demi Lovato: I Don't Talk to Selena Gomez or the Jonas Brothers

Cindy Crawford and Daughter Kaia Gerber, 16, Twin at Pre-Met Gala Party, But Will Kaia Get to Go to the Main Event