A KEBAB superfan yesterday told of his delight at scoffing 60 in 30 days.

Des Breakey, 34, wolfed down a staggering 120,000 calories with a chilli-soaked doner for lunch and dinner. 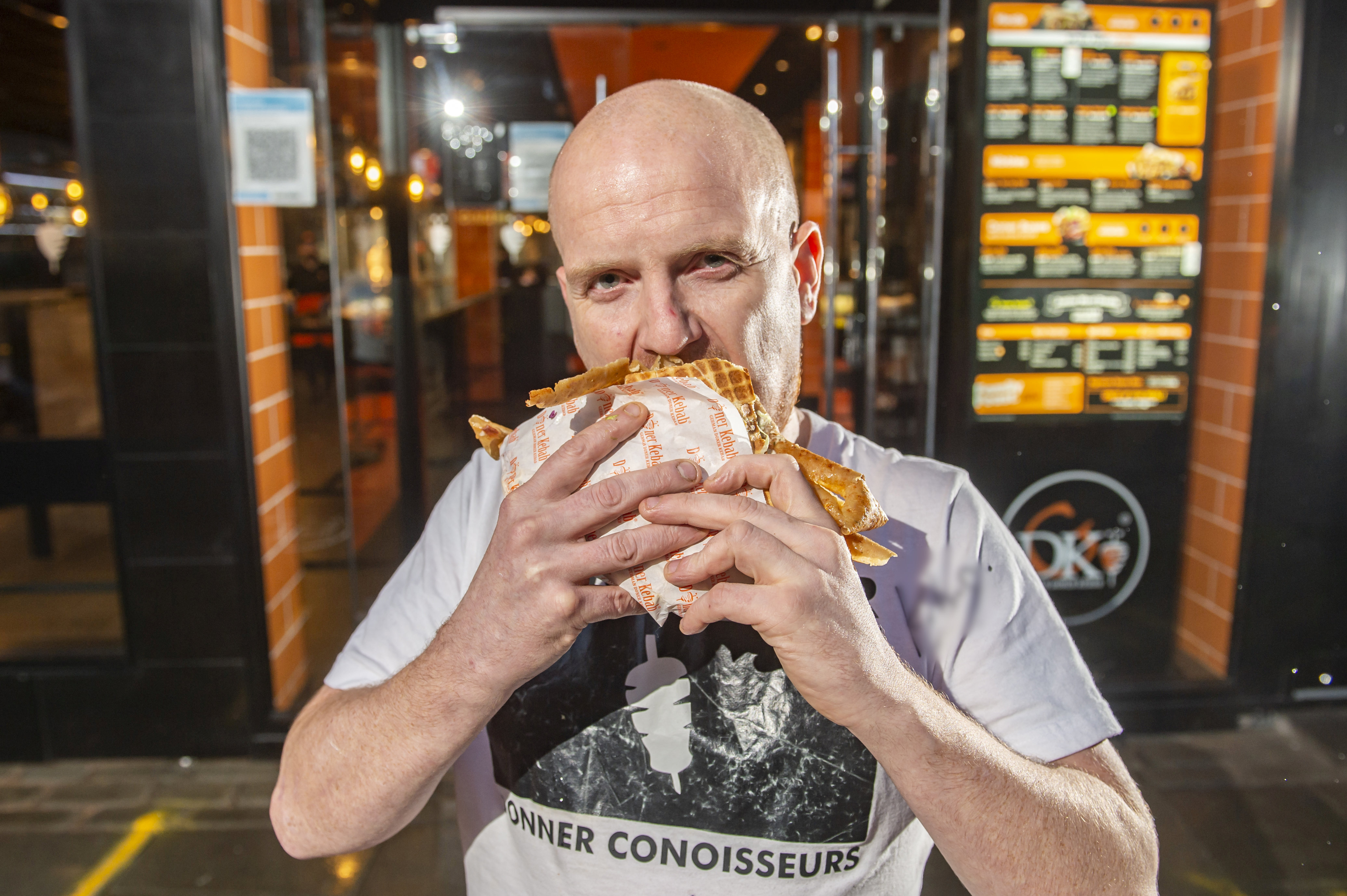 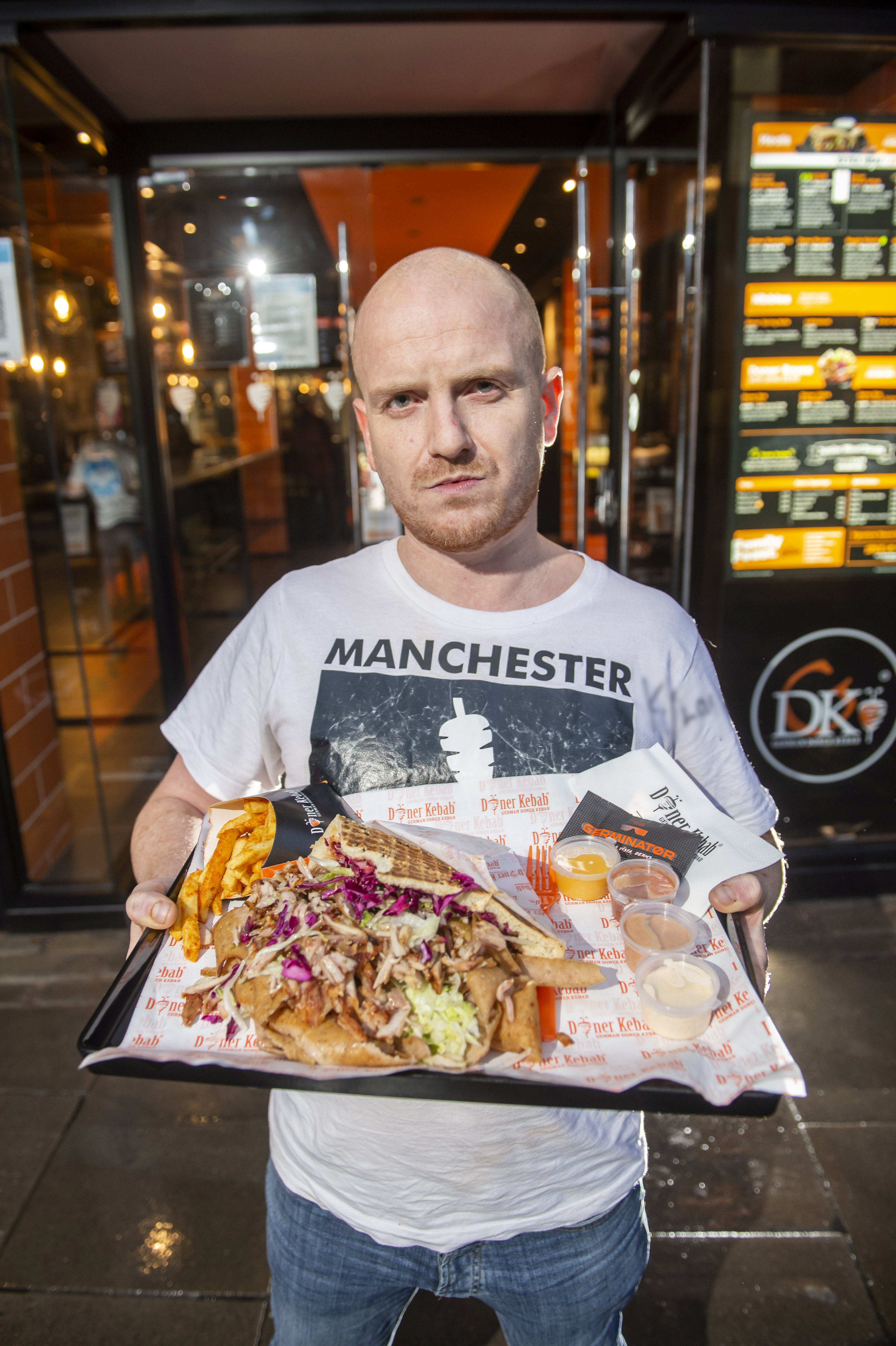 But despite gorging on kebabs with salad and a naan throughout November he only put on eight pounds in weight.

After completing his kebabathon, he said: “I absolutely love them so the whole month was great.

“It’s all I’ve eaten. I feel surprisingly well. I’m a little bit chubbier but that’s to be expected isn’t it?” He got the idea after “accidentally” eating 39 in a month ­earlier this year. He then wanted to see how far he could go.

Water engineer Des had various kebabs from more than a dozen takeaways near his home in Newton Heath, Manchester.

He scoffed at the suggestion his diet was unhealthy, saying: “I’ve got meat, some carbs and some veg.” 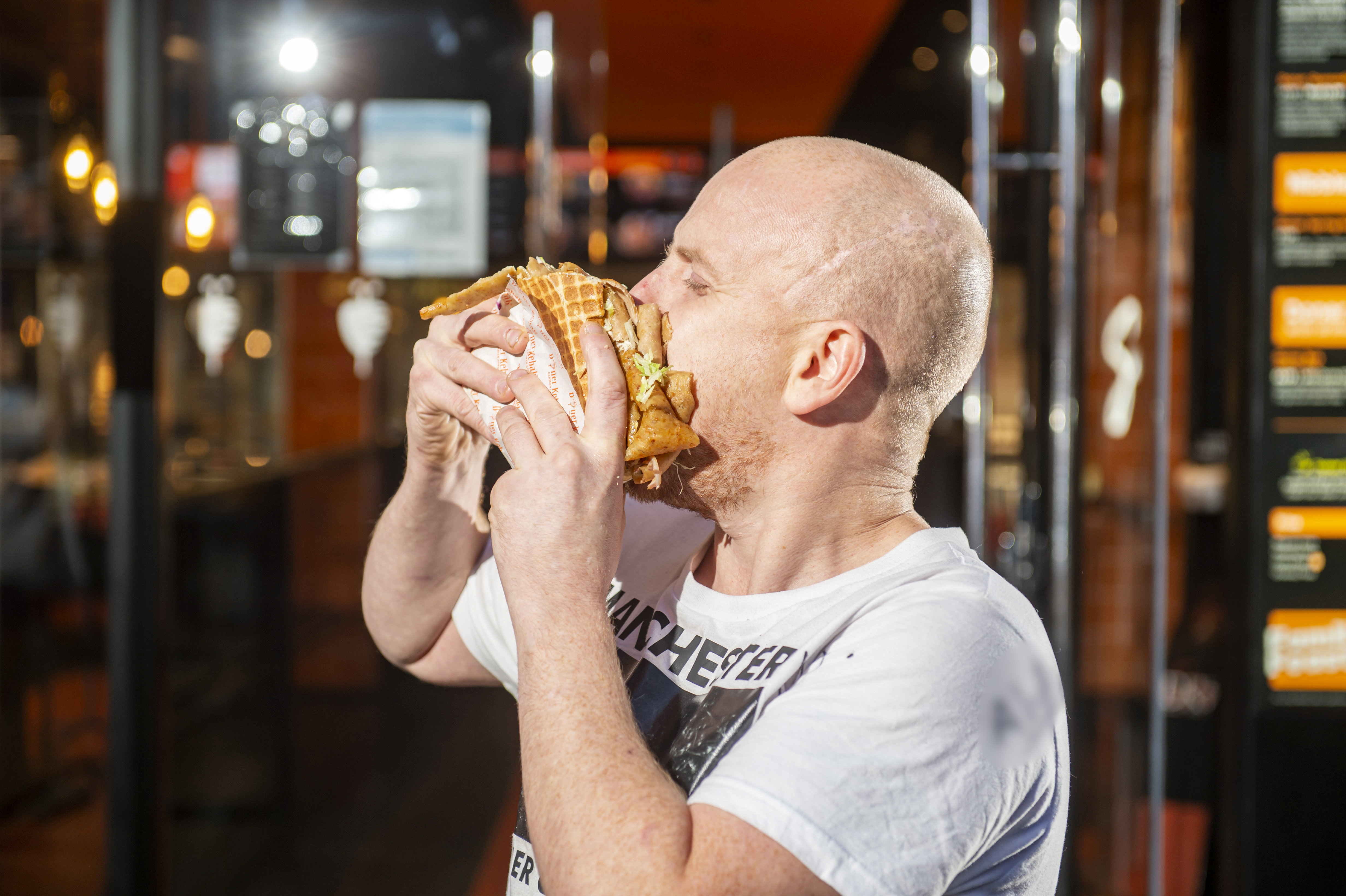 And Des, who is in a relationship, plans to keep eating the dish. He beamed: “One of the ­places I go to has named a kebab after me.”

Des, left, who has been fundraising for Nerve Tumours UK, added: “My dream is to make and sell kebabs. I’ve had enough to know what I’m talking about.”

A KFC app gaffe let punters buy a Zinger Tower burger for 50p  instead of the usual £4.59.

T.I. Would Love To Have More Kids With Tiny — He Thinks Every Baby With Her Is A ‘Blessing’

Mother, 41, reveals how a birthday hug saved her life

I'm a Banana Republic Shopping Pro, and These Are the 22 Items I'm Buying in February