A father and son duo who opened fire on an police van have walked free from court after being cleared of attempted murder.

Richard Baldwin, an expert clay pigeon shooter, shot at an unmarked white van three times using his double-barrelled shotgun after thinking he was scaring off burglars from his property.

However the businessman was actually opened fire on a van which had two plainclothed police officers inside. 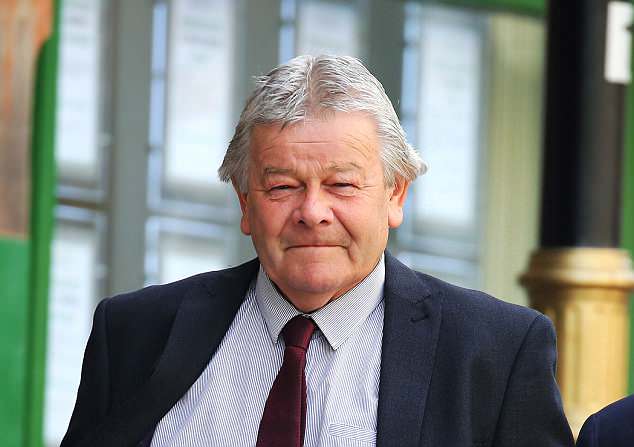 Bernard Baldwin, 63, was behind the wheel of a company van and was chasing the unmarked white police van

Mr Baldwin and his father, Bernard, gave chase through Leighton Buzzard, Bedfordshire, letting shots off in the air and at the van’s wheels in a bid to make a citizen’s arrest.

Armed police then arrested Mr Baldwin and locked him up for free days, an experience described as ‘absolute hell’.

Mr Baldwin, who was cleared of attempted murder along with his son, told The Daily Telegraph that he was ‘harassed’ by Irish travellers for more than a year before he opened fire on the police van.

He hoped that his experience would make police realise more needed to be done to support local businesses.

Mr Baldwin took his legally-owned weapon and take matters into their own hand to track the suspected burglars. 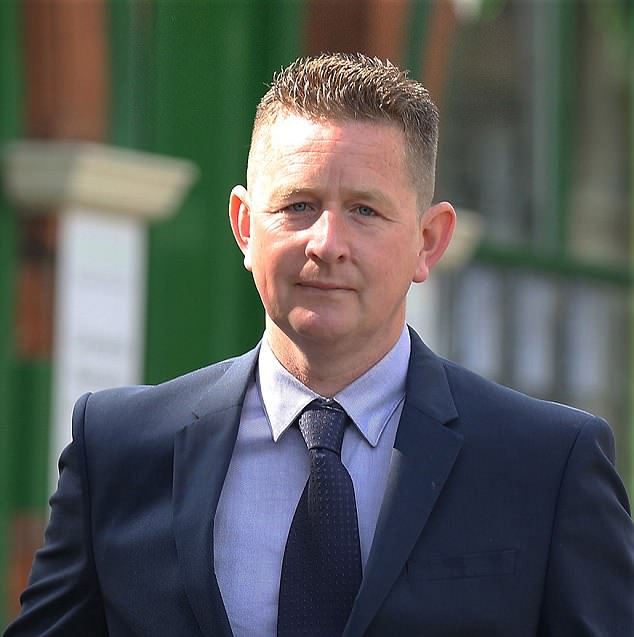 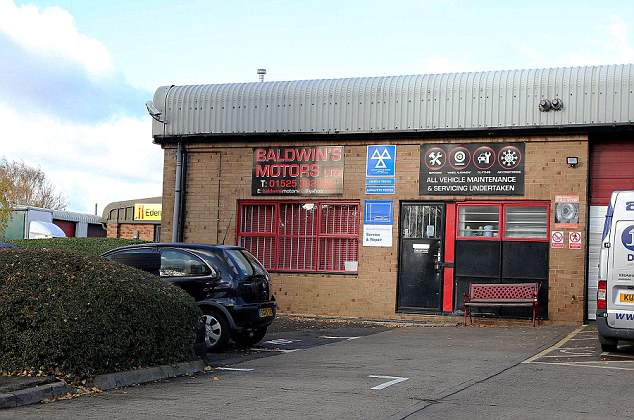 Tyres and tools were stolen from Mr Baldwin’s business, he claims, and that he had never had problems with the travelling community

Pc Marcus Myers and Pc Russell Mapley fled from the scene, fearing they might be killed.

Mr Baldwin made a number of calls to police regarding harassment of his family from the travelling community, but he claims they were ignored. An officer also told him not to use racially offensive terms when referring to travellers.

He claims that tyres and tools were stolen from Mr Baldwin’s garage and that he had never had problems with the travelling community until this group of people began to abuse him and his family.

Martin Mulgrew, prosecuting, said of the pair: ‘They had gone out seeking retribution against those they believed were responsible for the break-in.’

Mr Baldwin claimed he never wanted to hurt the people inside the vehicle, but just wanted to mark the vehicle so he could identify it at a later date.

Both Mr Baldwin and his son were also cleared of an alternative charge of attempting to cause grievous bodily harm with intent, possession of a firearm with intent to cause fear of violence, and carrying a loaded shotgun in a public place.

Ellen Page says she would consider returning to Juno

Hurricane Willa Will Spread Storms And Floods Across The US