A father who had planned a surprise gender reveal for his expectant fiancée was left devastated after being told he wasn’t allowed to know the baby’s sex because he wasn’t ‘the mother of the child.’

Ben Hopper is set to marry Kelly Netherton today, and was keen to reveal the sex of their baby as a surprise present to his new wife after the ceremony.

The 26-year-old says he called up Hull Women’s and Children’s Hospital to ask if he could be told at the 20-week scan whether Miss Netherton was pregnant with a boy or a girl.

He said they were given consent at the time but when they arrived at the hospital on Wednesday they were told that the mother had to be present when the sex was revealed. 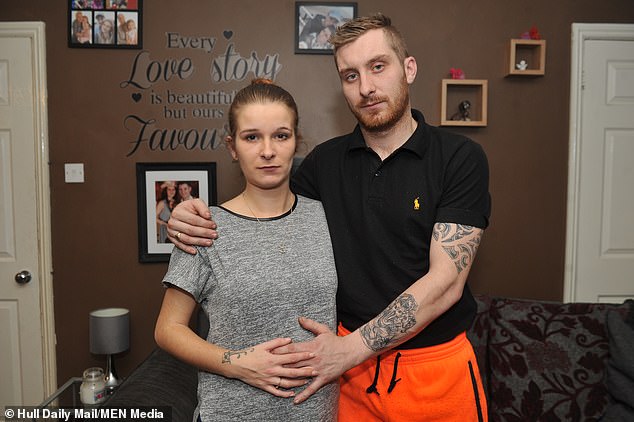 Mike Wright, chief nurse at Hull and East Yorkshire Hospitals NHS Trust, said that the scan was a medical procedure and so had to be disclosed to patient Miss Netherton.

He also says that Mr Hopper would have been told if he had power of attorney from his partner.

Mr Hopper said he was devastated and broke down in tears in front of their seven-year-old daughter Lacie-May afterwards.

The couple have experienced three heartbreaking miscarriages in the past 12 months and Mr Hopper wanted to plan an emotional gender reveal with the aid of a balloon.

Mr Hopper, who has a seven-year-old daughter called Lacie-May with Miss Netherton, said: ‘We lost twins six months ago and then six months before that we lost another one and we were told we might not be able to conceive.

‘It broke my heart and I thought it would be really nice to do a gender reveal. I rung up personally beforehand and said this is something that means a lot to me.

‘They said it would be fine as long as Kelly rang up and gave her consent. They said there was no reason they couldn’t allow it.’

However, when Mr Hooper asked about whether the arrangement could still go ahead he was dealt a shattering blow.

Mr Hooper said: ‘The woman called us in and she immediately said she had a meeting at 4pm.

‘She asked us if we wanted to know the gender of the baby and I went to ask her if only I could find out but she immediately said no.

‘In the end she just told my partner and I went out of the room. I’m her dad. I’m on my other child’s birth certificate and I don’t see why they wouldn’t tell me.’

After being left disappointed by what happened, Mr Hopper submitted a complaint to an external firm which deals with claims of medical negligence.

He said the whole experience had ‘ruined’ his upcoming nuptials and he admitted he broke down in tears for the first time in front of Lacie-May.

Mr Hopper, who still does not know the gender of his baby, said: ‘I was that upset at the time I just walked out of the building.

‘Doing this surprise meant everything because we were going to get married and then she would have popped the balloon.

‘Lacie-May has been jumping with joy at the thought it but now we can’t do it. 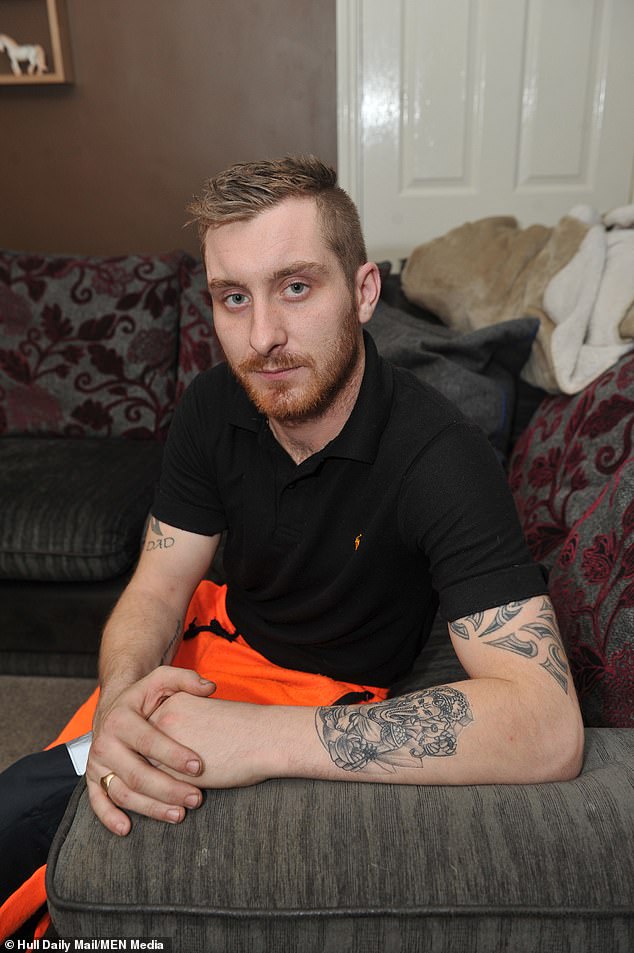 ‘My stress levels are unbelievable and I’ve been struggling like hell. I had a whole wedding speech prepared which has had to be changed and I was crying my eyes out to my little girl.

‘I’ve never been like that before and the whole thing is just so upsetting.’ Although the 20-week scan can give a very good indication of the identity of a baby it is always stressed that it is not 100 per cent accurate.

Mike Wright, chief nurse at Hull and East Yorkshire Hospitals NHS Trust, explained that the 20-week scan is a clinical test and its purpose is to assess the baby’s health – not determine its gender.

Mr Wright added that the test results can only be revealed to the patient.

Mr Wright said: ‘We are sorry Mr Hopper is disappointed that we cannot pass on the results of a clinical test to him, even with his fiancée’s consent.

‘We understand entirely the couple’s reasons for wanting us to do so but our sonographers must follow strict rules regarding information governance.

‘Results of any clinical test must only be divulged to the patient, even if they ask us to tell someone else, unless legal documentation such as Power of Attorney is in place.

‘If that legal consent is not in place, we are not permitted to pass on the results of any clinical test to anyone other than the patient, regardless of personal circumstances such as future wedding plans.

‘We simply cannot do it without correct legal documentation authorising disclosure.

‘The 20-week scan is a clinical test and its purpose is to assess the baby’s health and that it is developing correctly, not to identify gender.

‘While we endeavour to determine the sex of the baby if the mother has requested this, we always stress that gender identification is not 100 per cent accurate.

‘It is not part of the clinical test but we offer this as an additional service as we appreciate that it is important for many prospective parents.

‘If Mr Hopper and Miss Netherton feel dissatisfied, we would urge them to contact our Patient Advice and Liaison Service (PALS), which will be happy to look into any concerns they may have.’