FBI offers $100,000 bounty for MS-13’s top boss in Honduras linked to trafficking tons of cocaine to the United States

The Federal Bureau of Investigation is offering a $100,000 reward for information to hunt down fugitive MS-13 gang leader in Honduras who was indicted in New York for  trafficking tons of cocaine to the United States.

Yulan Andony Archaga Carías, 39, was charged in U.S. District Court for the Southern District of New York with racketeering conspiracy, conspiring to import cocaine, and possessing and conspiring to possess machine guns, according to an indictment unsealed Wednesday.

Archaga Carías, who goes by the aliases of Alexander Mendoza and Porky, allegedly controlled the MS-13’s criminal operations in Honduras and supplied support and resources to the network throughout Central America and the United States. 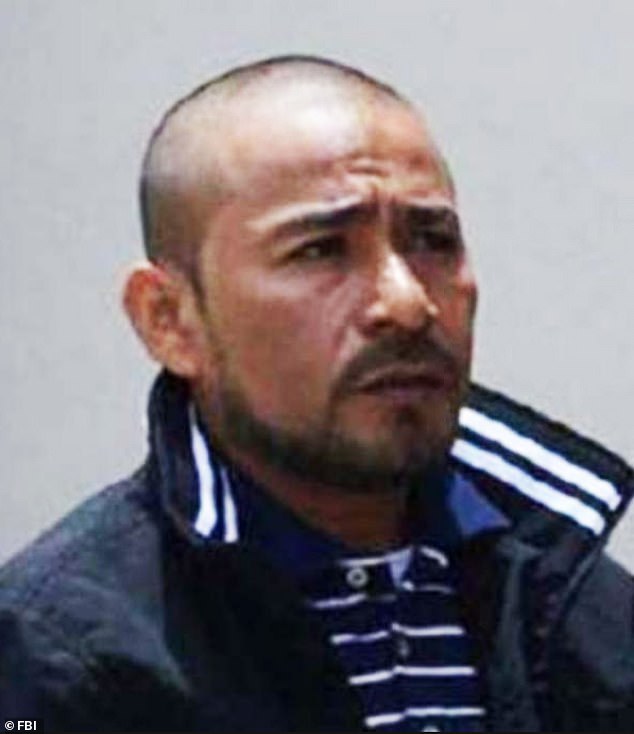 Yulan Andony Archaga Carías, identified by U.S. federal authorities as the MS-13’s leader in Honduras, was placed on the FBI’s Ten Most Wanted List on Wednesday. The agency announced it is offering a $100,000 reward for his arrest and/or conviction 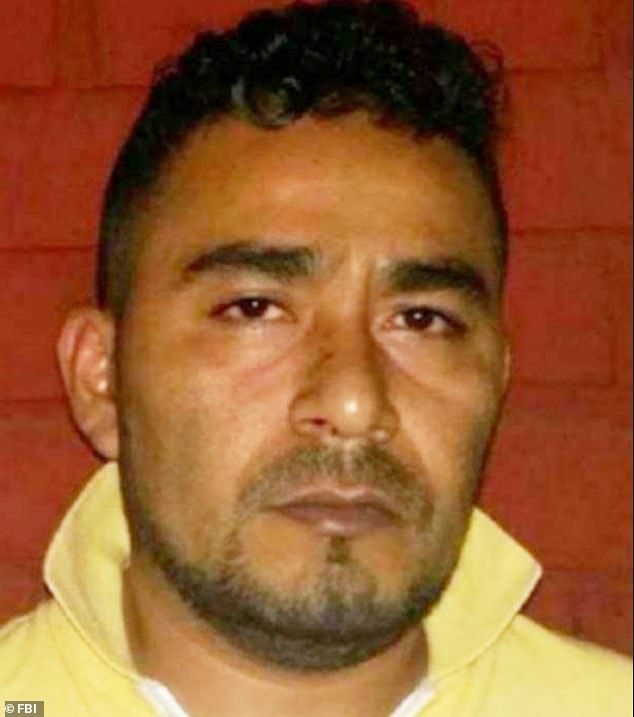 Yulan Andony Archaga Carías is accused by the U.S. District Court for the Southern District of New York with racketeering conspiracy, conspiring to import cocaine, and possessing and conspiring to possess machine guns

Archaga Carías is accused of also supporting drug trafficking organizations that shipped tons of cocaine through Honduras to the United States and ordering the killings of rival members and others linked to his gang.

‘For decades, MS-13 has been synonymous with extreme violence and brutality,’ said Anne Milgram, administrator of the Drug Enforcement Administration (DEA). ‘The only way to weaken and disrupt criminal organizations that wreak havoc on our communities is to attack them at their core – their leadership and suppliers. ‘ 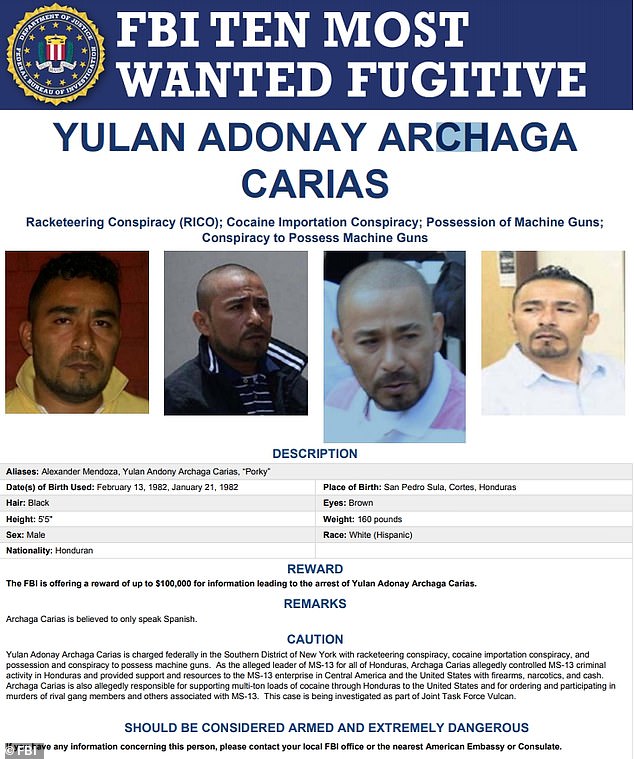 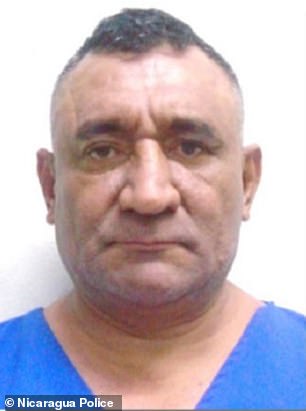 David Campbell, who was the MS-13’s leader in Nicaragua, is also accused by the U.S. District Court for the Southern District of New York of committing racketeering, narcotics trafficking, and firearms offenses

The announcement of the bounty comes as Archaga Carías was added to the FBI’s Ten Most Wanted Fugitive’s List as well as the DEA’s and Homeland Security Investigations’ most wanted lists.

‘This indictment demonstrates the resolve of the FBI to aggressively pursue transnational criminal gangs like MS-13. We will work with our law enforcement partners to find wanted fugitives wherever they seek refuge and hold them accountable for their crimes,’ said Jay Greenberg, acting assistant director of the FBI’s Criminal Investigative Division said.

Campbell billed himself as a businessman and spent five years on the run before Nicaraguan authorities apprehended him June carrying more than $400,000.

The Department of Justice said that Campbell and the MS-13 utilized companies that ‘they owned or controlled to launder drug proceeds, including through banks in the United States.’

‘MS-13 violence, fueled by drug trafficking and firearms, has a devastating impact across the United States and Central America,’ said John J. Durham, director of Joint Task Force Vulcan. ‘The indictment unsealed today, which charges the highest ranking leader of MS-13 in Honduras and one of MS-13’s alleged main drug suppliers in Honduras, shows that no leader of MS-13 is beyond the reach of the Department of Justice and United States law enforcement.’

How Anne Hathaway Stole Ocean's 8 From the Movie's Other Stars