A Federal Court judge has shut down efforts from former Liberal powerbroker Marcus Bastiaan to prevent The Age and Sydney Morning Herald from continuing to report on allegations that senior figures in the party abused public resources.

On Tuesday, Mr Bastiaan’s legal team accused investigative reporter Nick McKenzie of witness intimidation after he attempted to contact members of the party as part of his reporting. 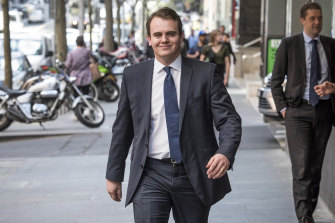 But Justice Anthony Besanko said without evidence and a written application to prevent the conduct, he would not deal with the allegations, which McKenzie’s counsel Sandip Mukerjea said were “vehemently denied”.

The allegations were aired during a case management hearing after Mr Bastiaan launched defamation action against Nine Entertainment, which owns The Age and the Herald, earlier this year.

It followed reporting of allegations that Mr Bastiaan, the former vice-president of the party’s Victorian division, oversaw a branch-stacking scheme to recruit large numbers of new Liberal members to its Right faction. 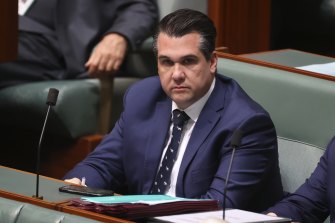 Nine’s legal defence has argued that the branch-stacking scheme was illegal, corrupt and dishonest, and that electoral officers in federal minister Michael Sukkar’s seat of Deakin, who are paid by the taxpayer, were employed to do political party work.

Nine said the reporting was truthful and in the public interest.

But as part of Mr Bastiaan’s defamation claim, he has denied the allegations and said he never breached the Liberal Party constitution.

Mr Bastiaan said Nine’s reports had portrayed him as corrupt and asserted he may have committed a criminal offence.

He has also been subjected to “hatred, ridicule and contempt” following the reports, court documents allege.

On Tuesday, Mr Wilson criticised Nine for filing its defence documents weeks late and just days before another segment on the matter was broadcast on current affairs program 60 Minutes, alongside fresh articles in newspapers.

Mr Wilson questioned whether this was done to allow McKenzie more time to make further investigations, door-stopping and “harassing” a witness, and flagged that further action would probably be taken to “restrain” McKenzie from approaching witnesses.

“We say it is wrong when … you have a party to the proceeding using his journalistic position to go out and actually pressure people who have already been named as witnesses in the proceeding,” Mr Wilson said. “With a view to put pressure on Mr Bastiaan to resolve the case.”

Mr Mukerjea dismissed the allegations as false and said they amounted to accusations of contempt of court and an abuse of process, and singled out McKenzie who is one of the country’s most decorated journalists.

Justice Besanko said the latest allegations were only aired orally and would not be dealt with unless evidence and appropriate documentation was submitted to the court.

“Mr Wilson, that’s your allegation, but I’m not determining the merits of these matters this morning,” he said.

Outside the hearing, McKenzie denied harassing witnesses and said The Age and Sydney Morning Herald would continue to hold politicians on both sides to account.

“Trying to door-stop politicians about serious allegations is fundamental to ensuring our democracy is appropriately oversighted, and our lawyers will continue to resist efforts to stop investigative journalism from shining a light,” he said.

The matter will return to court in December.

What is 'Jeopardy!' Champ Ken Jennings' Net Worth Today?

Dax Shepard Remembers Kristen Bell’s Jealousy When He Was In An Open Relationship!