A battle is under way to win a seat in Federal Parliament for life, with the outcome of the preselection to have potential implications for the leadership of the Labor Party and factional power in its fractured Victorian branch.

Factions have begun jostling over the newly created seat of Hawke in Melbourne’s outer-western fringe. The seat, which takes in Sunbury, Melton, Bacchus Marsh and Ballan, will be a safe Labor electorate with a projected margin of about 10 per cent. 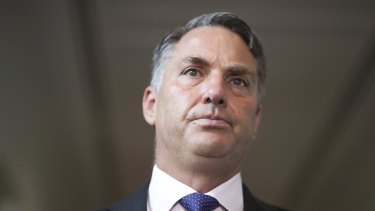 Labor’s candidate is likely to come from its Right faction, but subgroups within the Right have not yet agreed on who should win the plum seat.

Forces aligned to deputy leader Richard Marles and other sections of the Right are set to stake their claims for the seat named after former prime minister Bob Hawke. The Left may also attempt to take the seat.

The tussle comes as a peace deal nears between Labor’s warring factions. It would be the first internal truce since former powerbroker Adem Somyurek busted the old factional alliance four years ago, prompting years of internal rancour and fights over preselections.

The so-called “stability deal”, discussed at a meeting of factional chiefs on Friday afternoon, would divide the spoils between the factions for up to a decade with the aim of avoiding internal fighting over positions and focusing the party’s collective efforts on election campaigning.

The deal would be a win for Premier Daniel Andrews, whose government has faced unwanted attention over factional turmoil that has disrupted his parliamentary ranks and shifted focus from the government’s agenda.

In the power vacuum created by Mr Somyurek’s departure from party affairs, Mr Marles and former federal leader Bill Shorten are emerging as pre-eminent figures in the Victorian branch.

If Mr Marles has a candidate loyal to him in the seat of Hawke, he would boost his powerbase and have another supporter were he to make a run at the Labor leadership. He has been mooted as a replacement to Opposition Leader Anthony Albanese if the party decides to change leader before the election or after the election should the party lose.

If a candidate unaligned to Mr Marles – who already counts up to six supporters in Victoria – is chosen, Mr Shorten could reassert his influence. 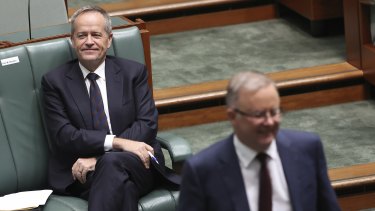 Prominent employment lawyer Josh Bornstein has been floated within the party as a potential candidate for Hawke. He declined to comment for this story. No candidates have formally declared their interest in the seat.

Labor members do not have voting rights because they were stripped last year following the Somyurek branch-stacking scandal. As a result, Victorian preselections are decided by the national executive, which is made up of officials from around the country. This process gives Victoria’s unions and factions less agency over their own affairs, a situation that has, in part, prompted the peace talks.

A confidential document outlining proposed terms of the deal states an aim to “ensure that the ALP is in the best possible shape … to defend the rights of working people … and to support the election and re-election of the Labor governments”.

A stability deal is desired because it provides long-term certainty for groupings within the party over which people it will send to Parliament, meaning operatives can spend more time mobilising ground campaigns against other parties and less time fighting internal battles.

Peace deals also allow groupings to pick their own successors when one of their MPs retire, without the threat of a challenge from another faction. This process of organised renewal, where MPs are sometimes phased out in an orderly manner, differs from the Victorian Liberals, who do not have a formalised system to move on long-serving MPs.

The Labor party aims for 40 per cent of its members to be women – a target the party is achieving in Victoria. Women make up a greater proportion of the Left faction than the Right in Victoria.

Political scientist and Monash University lecturer Zareh Ghazarian said the stability deal was designed to instil internal calm within the party and focus efforts on winning a marginal seat such as Chisholm from the Liberal Party.

“If they’re able to snatch a seat like that, they will be well on the way to winning government,” he said.

“The cautionary tale is the [Victorian] Coalition which demonstrates what happens if you have disparate groups fighting for control. It often ends in disaster for a major political party.”