Protesters demand end to China’s activities in the South China Sea after reports of its structural expansion on islands. 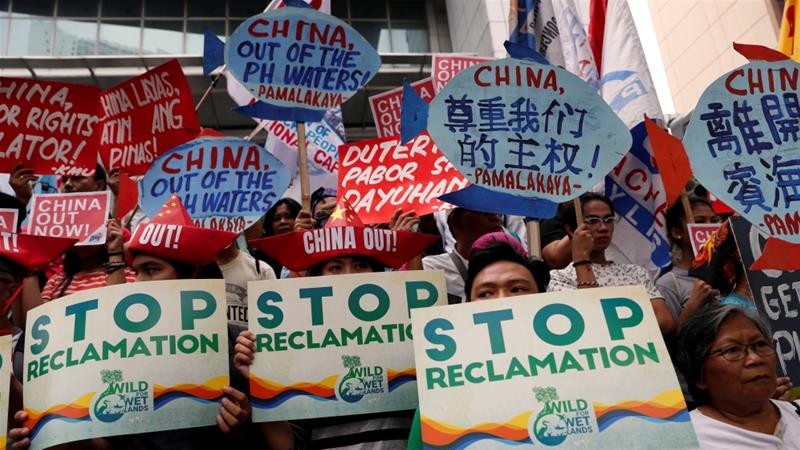 Protesters have rallied outside the Chinese consulate in the Philippines capital, Manila, against China’s militarisation of the disputed islands in the South China Sea.

Saturday’s demonstration came after local newspapers published images on Monday that showed China had transformed at least seven reefs into artificial fortresses, complete with naval and air facilities, including runways and helipads, declared by a UN arbitration court to belong to Manila.

Activists on Saturday said such collaboration with China may encourage Beijing to expand its reclamation activities.

“This is our president who does not have the consciousness to fight for our own land. It is very easy for him to give our rights to the Chinese,” Mae Paner, an activist, told Al Jazeera. 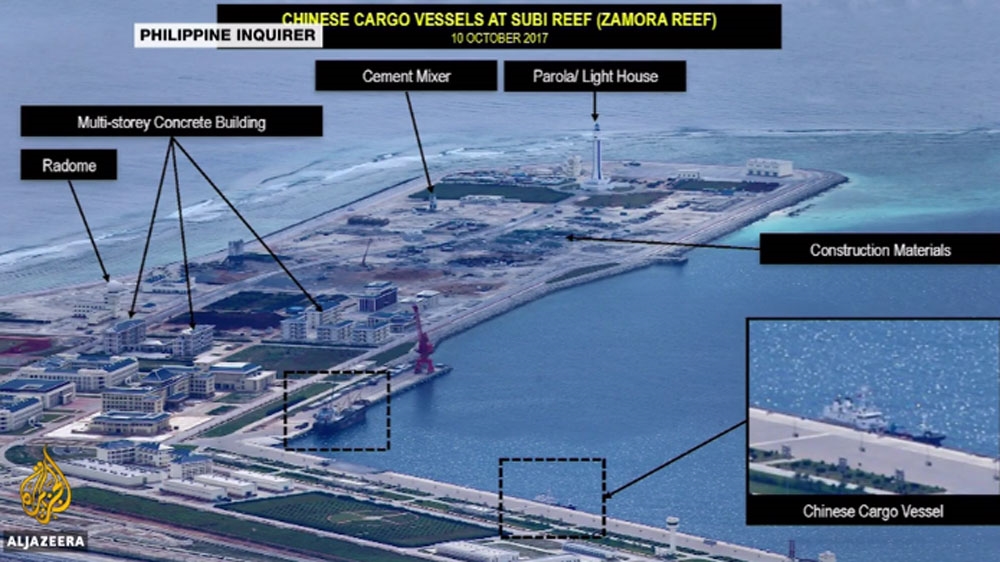 Philippine President Rodrigo Duterte told a news conference late on Friday that he has no intention of going into war over territorial feuds, but will order the navy to fire if other countries extract resources from waters within his country’s exclusive economic zone.

“But just the same, we cannot fight America, just like China. I’ll just keep quiet,” Duterte said. “But if you get something there from the economic zone, I will order the navy to fire.”

Duterte’s office also said on Monday that Filipino officials “know about the work” of China in seven disputed reefs, and the country relies “on the principle of good faith” that Beijing “will not reclaim new artificial islands”.

In July 2016, The Hague arbitration court ruled “there was no legal basis” for China to claim rights across large swaths of the South China Sea.

The case was filed by Duterte’s predecessor, Benigno Aquino, after the Philippines found out that China had started stationing naval facilities in the resource-rich area. 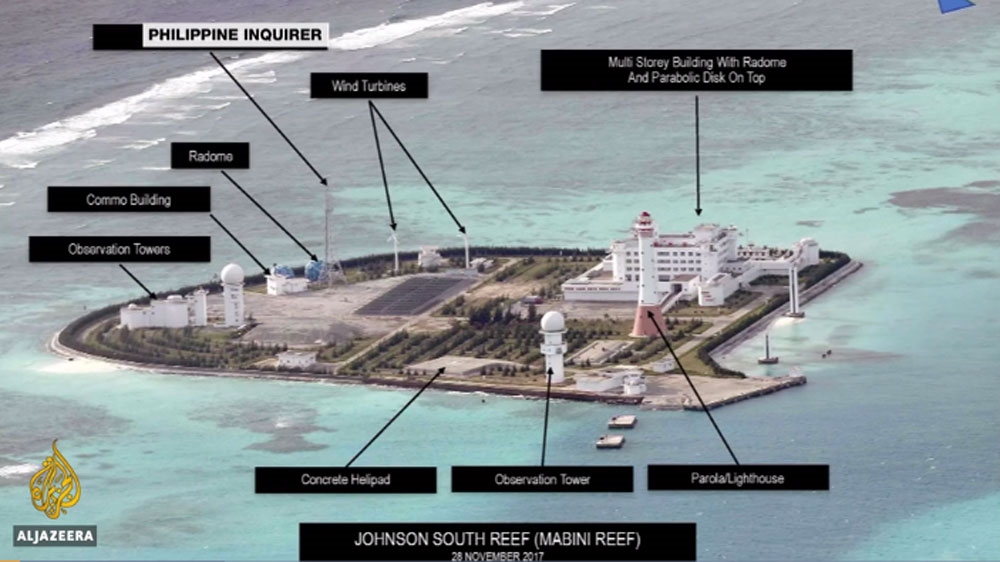 During his visit to China months after becoming president, Duterte declared he has “realigned” himself with China’s “ideological flow”.

In exchange, China promised Duterte there will be no further expansion in other reefs, and committed to pouring billions of dollars in loans and investments into the country.

“In the long run, it will be very damaging. It needs to stop, it needs to be reversed otherwise we may be losing access to these waters, to these reefs, because China is already controlling the huge part of the disputed area,” Renato Reyes, protest organiser in Manila, told Al Jazeera.

Paolo Aquino, an opposition senator, also raised concerns over the latest development and called on the Duterte administration to tell the public “what it gave up to China”.

“While their warships are in our seas, we continue to give in to their whims and, all the while, we are kept in the dark as to our government’s dealings with China,” he said in a statement to Al Jazeera.

China claims the entire South China Sea, saying the Chinese people have been active there for more than 2,000 years.

Aside from the Philippines and China, neighbouring countries Malaysia, Brunei, Vietnam and Taiwan also have competing claims over parts of the South China Sea.

The Tweets About Ariana Grande’s ‘Thank U, Next’ Album Are Blown Away By How Personal It Is

Google Chrome forced to block a torrent of popular add-ons… are YOU affected?