Firefighter training exercise was due to take place at Grenfell Tower days before deadly blaze but was cancelled because it clashed with another drill at Wormwood Scrubs, inquiry hears

A training exercise for the London Fire Brigade was due to take place at Grenfell Tower just days before the deadly fire but was cancelled, an inquiry heard.

The ‘complexities of the basement’ prompted him to suggest the high-rise as a suitable venue for a training exercise, planned for June 8, less than a week before the deadly fire. 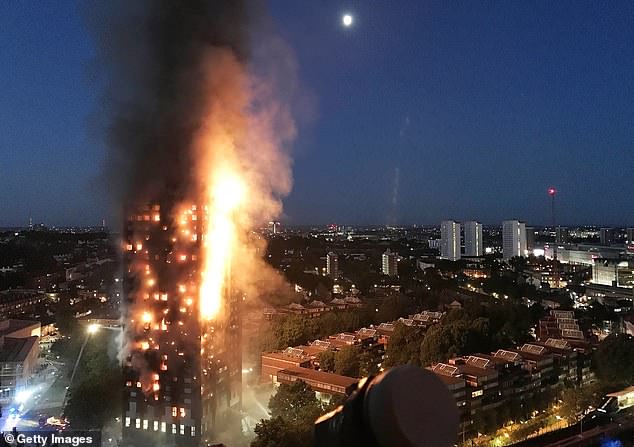 Dean Ricketts, a watch manager at North Kensington fire station, carried out a familiarisation visit to Grenfell Tower in late March 2017. It is pictured during the fire on June 14

However, the drill was shelved when it emerged it clashed with another exercise due to take place at Wormwood Scrubs prison.

Asked why the prison exercise took precedence over the high-rise operation, Mr Ricketts replied: ‘You will have to ask the station manager who cancelled the exercise.’

The aborted training exercise was prompted by a familiarisation visit carried out on March 27 by Mr Ricketts and a north Kensington fire crew.

The aim of the visit was to gather and check that basic information and record it on the brigade’s operational risk data base (ORD) in order for a tactical plan to be drawn up.

A large number of residents leaving and entering the building at the time of the visit meant the crew were unable to test the controls of the fireman’s lifts within the building, he said.

Mr Ricketts was unable to locate a premises information box, which would contain information useful to the brigade in an emergency including plans to the floors, evacuation strategies and procedures, and instructions on the use of mechanical ventilation systems.

He was also surprised that there was a dry riser system in place, given the extensive renovations recently carried out on the building.

As a result of the visit, Mr Ricketts noted on the ORD the absence of the premises information box within the lobby, and concerns about restricted access to emergency vehicles in the immediate area around the tower.

He also shared with Mr Davies his query over whether the dry rising main should have been updated, and the station manager was also unsure. 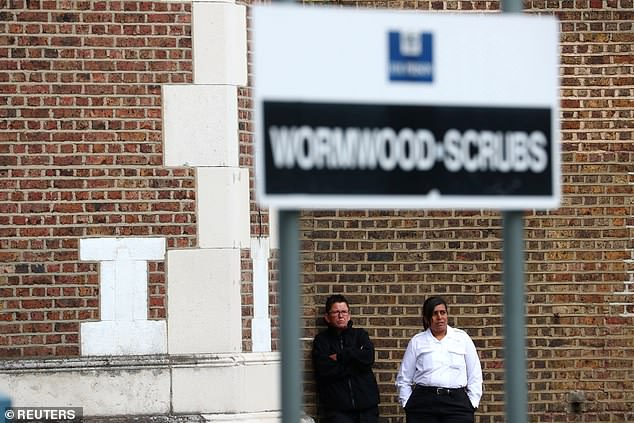 The watch manager suggested a visit to Grenfell Tower for a drill just days before the fire, but this was shelved in favour of Wormwood Scrubs (pictured). It is not yet clear why

And he agreed the contents of a previous risk assessment which highlighted ‘non ambulant, visually or hearing impaired and non English speaking occupants’ and ‘hidden voids which may aid fire spread’.

During the visit, Mr Ricketts reported having ‘absolutely no communication problems’ but admitted he did not venture up the tower to test the radios.

He also did not ask about the building materials used as part of the refurbishment, saying it was important to have faith in the building controls process.

He also did not ask for the total number of residents in the building, saying he took it for granted that the existing number in the ORD was correct.

And he admitted he could have rescheduled the visit for a less busy time to enable the checking of the fire lifts.

He told the inquiry he had been focusing on the basement because it did not seem to have been picked up on previous visits.

MailOnline has contacted the London Fire Brigade to ask why the Wormwood Scrubs drill took precedence over the Grenfell one.

Assembly required: Sydney man pays $17 for sandwich to make himself

T.I. Will Not Be Part of ‘Ant-Man 3′ Amid Sexual Abuse Accusations