Snake in the bathroom? Fireman calmly demonstrates how to escape a king cobra armed only with a towel

This is the incredible moment a fireman demonstrates escape from a ferocious king cobra in the toilet – by calmly throwing a towel over its head.

Rescue volunteer Somjat Kon Tapya, 31, said he had been contacted by people who are afraid of being attacked by snakes in the bathroom.

There have been dozens of recent cases of people finding the serpents in their toilets, where they often slither up through the pipe work. 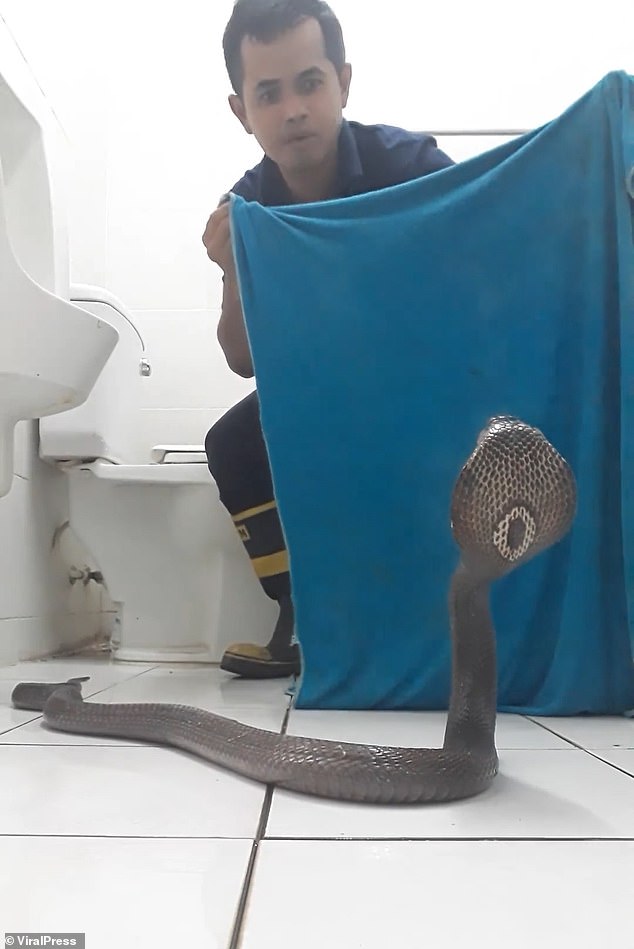 So brave Somjat agreed to sit in the toilet at his home in Bangkok, Thailand, while a deadly king cobra was let loose.

Footage shows how Somjat deals with the terrifying situation as the killer serpent hisses and spreads its menacing hood, preparing to unleash its venom.

The experienced animal handler calmly reaches for a blue towel hanging next to the toilet, leans forward and hurls into onto the snake’s head. 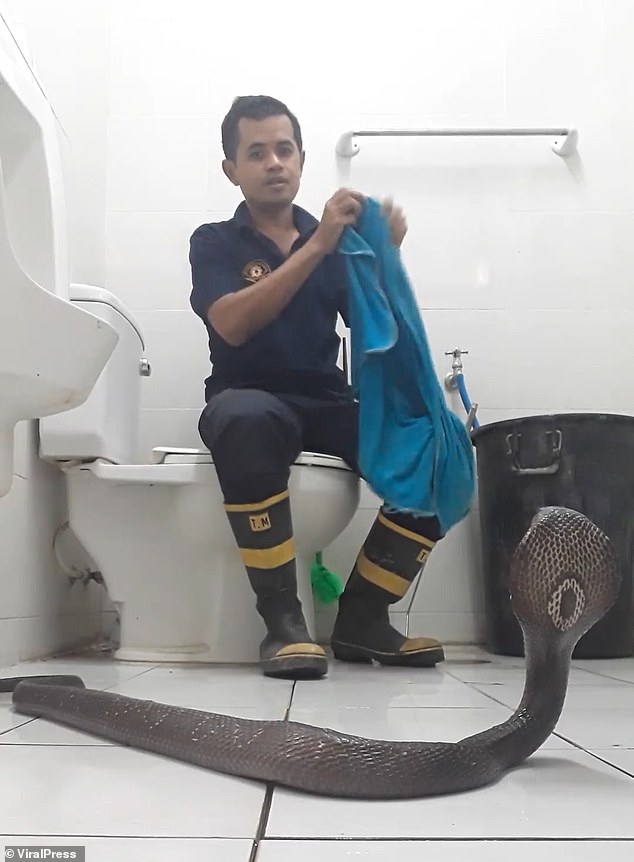 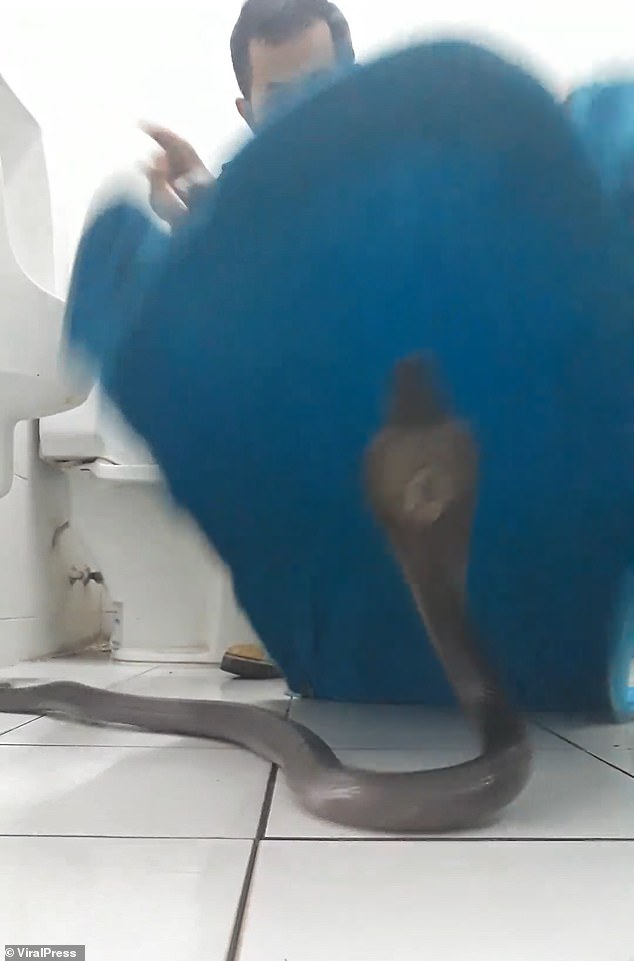 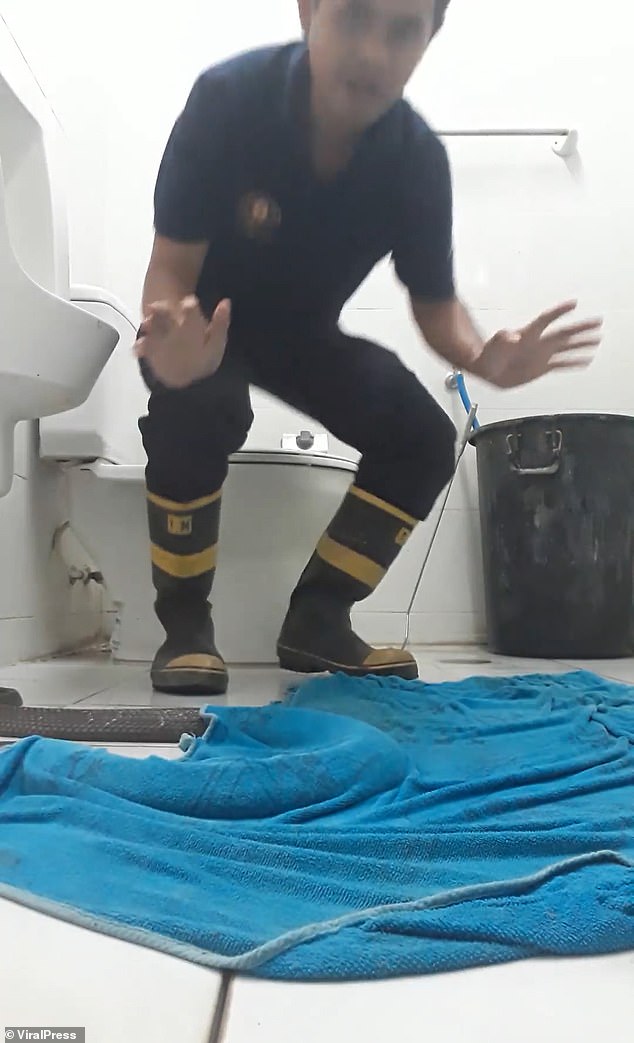 With the serpent dazed and pinned to the ground, he’s able to make his escape. Somjat said: ‘This is a very useful video, because it teaches you how to escape if there’s a cobra in the toilet. Even if the cobra is preparing to strike, there’s still a way out.

‘A lady who was scared of such a situation asked me to demonstrate, so I agreed to have the snake in the bathroom with me.

‘This wasn’t a tame cobra used in shows, it was a wild one with venom. ”The technique is very simple, but you have to be calm and courageous. If there’s no towel nearby you can use clothing. Drop it over the cobra’s head and you will have enough time to escape.

‘If I was teaching children how to do this, I would explain in more detail. But for adults, this is how to escape from a cobra in the bathroom.’