AT LEAST five great white sharks are suspected of lurking in the waters along the New York and New Jersey coasts this summer, including a 3,500 pound giant known as Mary Lee.

Just when people along the East Coast thought it was safe to spend some properly socially-distanced time at the beach, great white trackers are indicating that the sharks are paying visits to the areas as well. 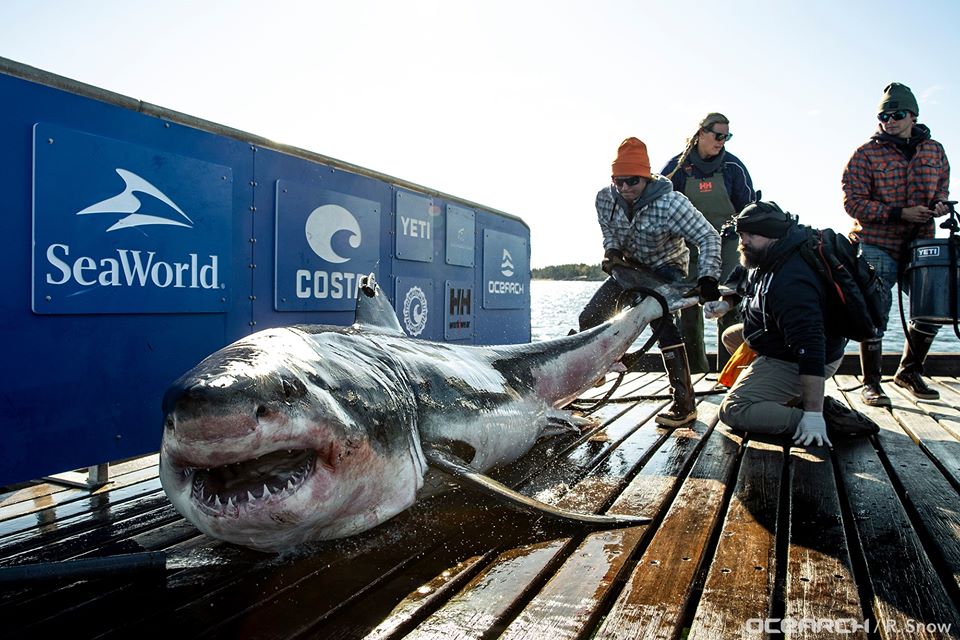 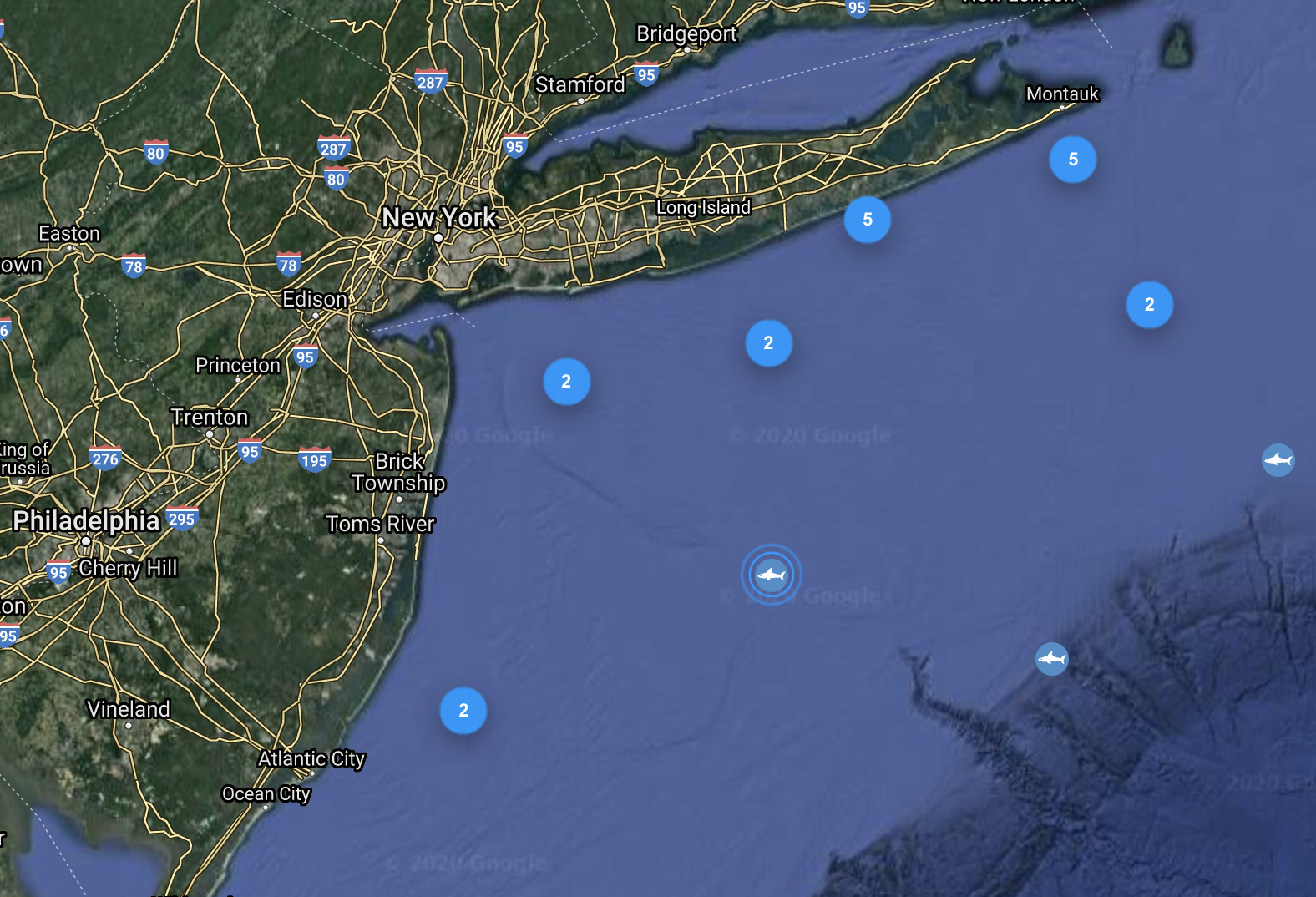 Another massive animal was detected off the Delaware coast – Vimy, a 1,164lbs, 13ft long great white.

And researchers suspect that good old Mary Lee – the nearly 3,500lbs giantess who was tracked between 2012 and 2017 – may be lurking around the Jersey Shore as well. 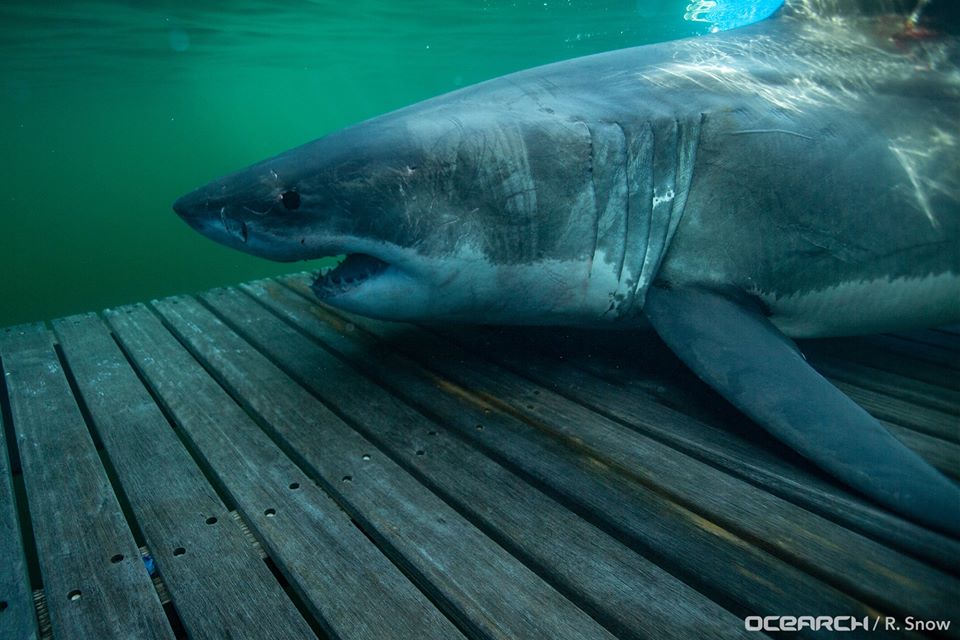 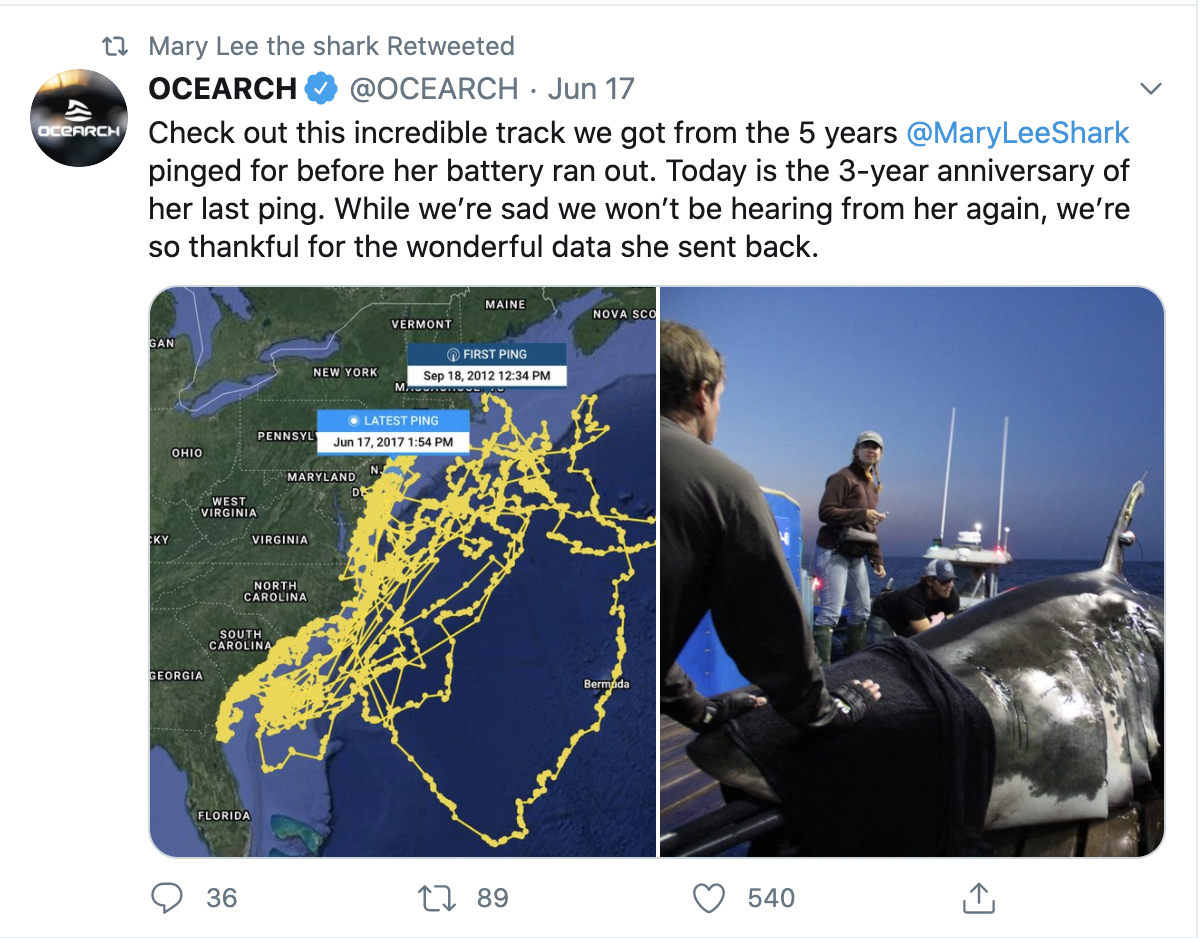 Mary Lee's tracking system stopped working in 2017 when its batteries gave out, but scientists believe she's still alive and well – and hanging around her favorite East Coast spots.

Speculation that great whites may be making their way towards New Jersey and New York's beaches began when a 7-foot shark washed up on Rockaway Beach on July 1. However, it was determined the animal was a thresher, according to The New York Post, which are harmless to beachgoers.

Great whites, however, pose a much more serious threat. The massive animals are responsible for the highest number of reported shark attacks on humans, according to The Florida Museum.

Humans are not their preferred prey, but still, with about 3,000 teeth that can be up to 6in long, the beasts can be quite intimidating.

Experts say that having five great whites in the area this summer is not an abnormal amount, though, and not really a cause for worry.

"The drive to the beach is much riskier than swimming with sharks in the water," Paul Sieswerda, head of New York research organization Gotham Whale, said, according to The Daily Mail.

Despite the recent sightings and suspicions, experts say the risk of being bitten by a shark while swimming in the ocean is still extremely small.

How China’s Xi Jinping destroyed religion and made himself God

Dune IMAX review: Staggering and spectacular – See it on the biggest screen possible