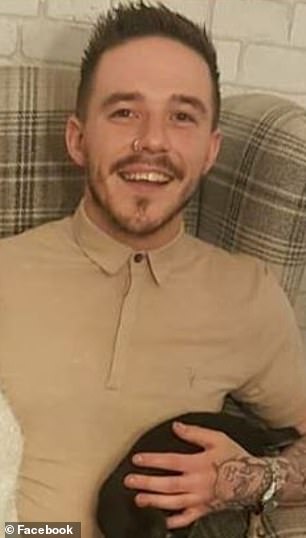 A terrified Ryanair passenger says he and three others collapsed on a ‘flight from hell’ amid fears there wasn’t enough oxygen in the cabin.

Shaun Pinkerton, 27, said he fell unconscious and needed an oxygen mask while two others – including a girl of 17 – needed CPR to revive them.

The garage manager said the horror unfolded as he flew home to Edinburgh on Friday night from the Hungarian capital Budapest where he’d been on a four-day trip with friends.

‘I was knocked out and needed an oxygen mask,’ Sean told the Scottish Sun Online.

‘There was something seriously wrong with that flight.’

He said three others fell ill and also collapsed as other passengers began to panic that there wasn’t enough air on board.

He said cabin crew wheeled out oxygen tanks to help the sick passengers who were sitting in different parts of the plane.

Shaun added: ‘The fire alarm was going off while we were boarding but the flight took off as planned.

‘We got up in the sky and about an hour in the first person collapsed. She was only 17 and needed CPR.

‘Then the second person went down, then me, and then a fourth. 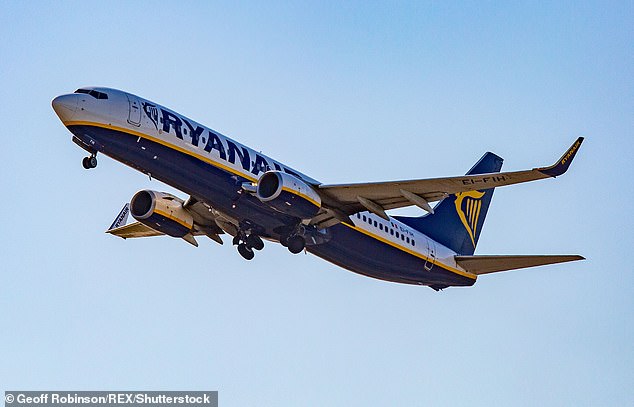 ‘There were people standing in aisles giving CPR and they had huge oxygen tanks out.

‘I was knocked out and needed an oxygen mask. Then I went into shock and was totally shaking.’

Shaun says the ordeal has left him afraid to fly again and he’s made a formal complaint with the budget airline.

He added: ‘I’m a young guy, I fly all the time and I’m always fine. There was something seriously wrong with that flight, folk were worrying there wasn’t enough oxygen.

‘I don’t know why they didn’t divert the plane to land sooner.

‘Everyone was panicking and we still don’t really know what happened.

‘It makes you not want to fly again. It was the flight from hell.

‘I’m due to go to Poland in three weeks, and Madrid three weeks after that but I don’t want to step foot on a plane ever again. It was like something out of a movie.’

A Ryanair spokesperson said: ‘The crew of this flight from Budapest to Edinburgh called ahead to request medical assistance on landing after two customers became ill onboard.

‘The aircraft landed normally and the customers were met by medics for further treatment.’

Girl, 8, desperate to get away from her siblings turns cupboard-under-the-stairs into cosy den & there’s a secret door

‘Child sex killer who dumped victim, 17, in shallow grave’ kills himself 24 years later after cops track him down

Why Stacey Abrams is the real star of the 2020 election