This newly-wed couple thought their guest were clapping during the cutting of their cake – only to realise the applause was for their son’s ‘flossing’ dance.

Stacey and Brian Paterson, from Falkirk, Scotland, were stunned when guests began clapping and filming them as they posed and smiled behind their wedding cake.

But the happy couple were unaware that their big moment was being upstaged by eight-year-old son Jay performing the viral hit dance. Stacey and Brian Paterson, from Falkirk, Scotland, were unknowingly upstaged by their son doing the floss dance in wedding video

The pair gazed into each other’s eyes presuming the whooping and whistling was for them, but Mrs Paterson, 32, claims they only realised they had actually been overlooked days later when watching the video back.

Aspiring YouTube star Jay is ‘delighted’ and ‘proud of himself’ for making his family laugh by cheekily upstaging his parents on their big day.

The mum-of-two said: ‘I thought “cake cutting isn’t this exciting” while everyone laughed and got out their phones.

‘It was only a couple of days after the wedding that I realised the cheers weren’t for us but for Jay ‘flossing’ behind us. 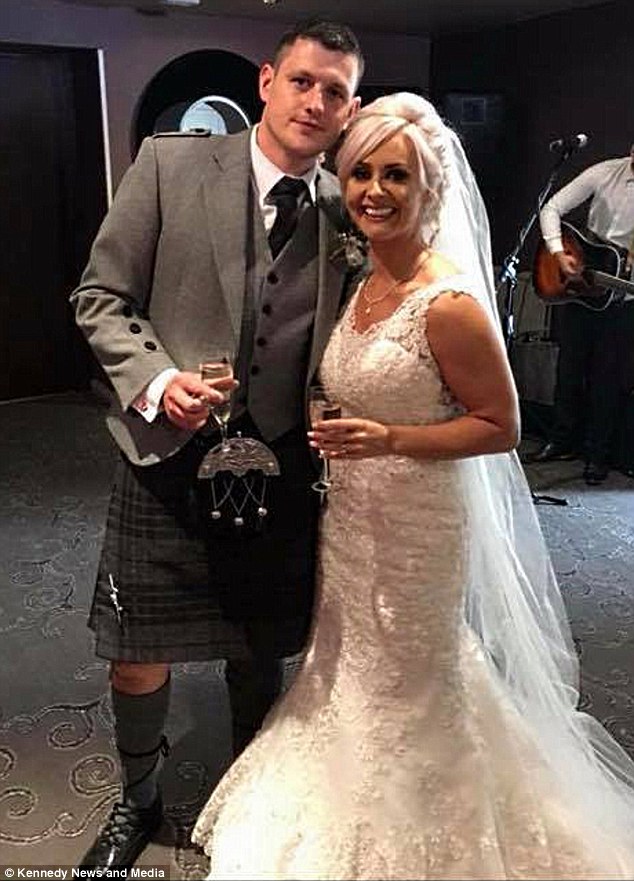 ‘We were a bit upstaged. I had no idea he was even on the dance floor because I was too busy smiling for the cameras.

‘I turned to my husband and said ‘surely everyone should be sitting down by now?’

‘We were just stood there and thought it was going on for a bit too long.

‘The cake wasn’t even made of sponge – it was all cheese – so it wasn’t even like we had anything to cut.

‘We were both stood holding the knife and smiling for ages. 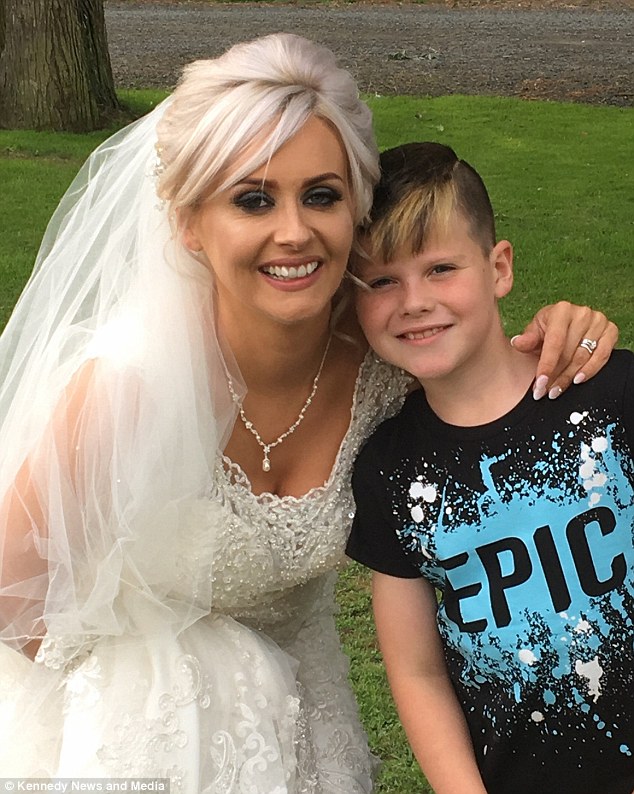 ‘They’d been cheering and taking pictures for such a long time. We had no idea.

‘Obviously it was Jay they were more interested in.’

The boy had learned to ‘floss’ – a dance move inspired by video game Fortnite – on YouTube and spent the rest of the night teaching family and friends how to do it.

Mrs Paterson has now vowed to keep the photos for their wedding album to embarrass Jay when he’s older. 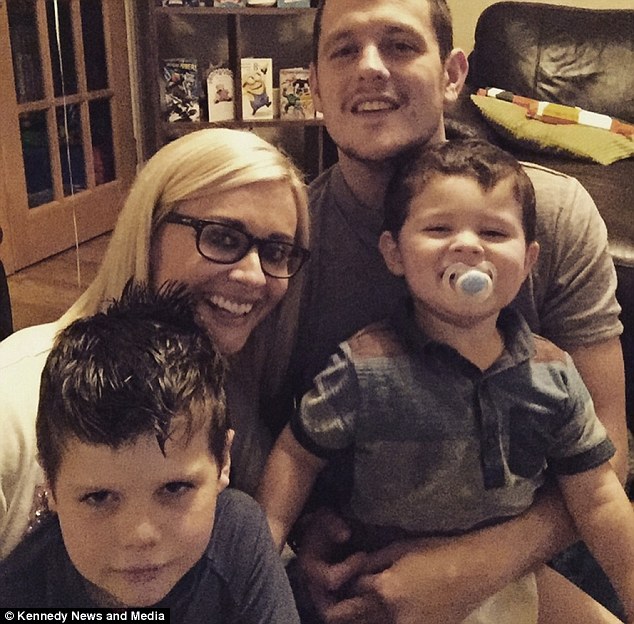 Mrs Paterson said: ‘Luckily, we did get some photos of us with the cake without him in the background.

‘It’s a really funny video and we’ll definitely be putting the pictures in our photo album too.

‘Jay loves YouTube and had been watching videos of people doing ‘The Floss’ dance.

‘I think he was excited and proud of himself. He’s delighted by all the attention he’s been getting. 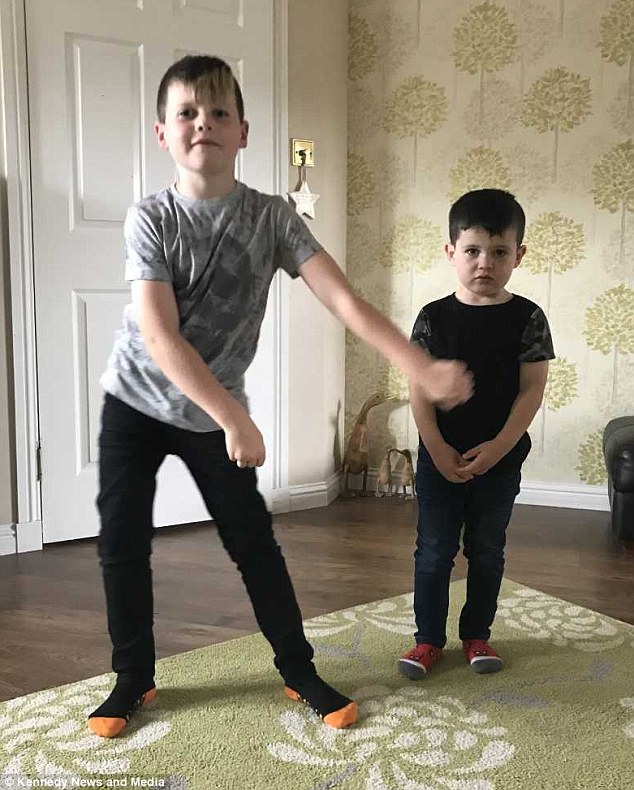 ‘Apparently all the young kids are doing it now but it’s actually really hard to do. They do it so fast.’

Mrs Paterson said: ‘Jay does like playing jokes to get attention and make people laugh.

‘He’s constantly jumping and dancing about. He loved trying to get everyone to copy him.

1.3 Million Women Are Already On The Waiting List For This Bra

Donald Lee Harris Dies: Production Designer On ‘Grey’s Anatomy’, ‘The Office’ & Many Other Shows Was 78

Ohio judge tells police 'I am so intoxicated' in video after arrest for suspected drunk driving, video shows