The Flybe service was heading from Newquay to Gatwick when the damage unexpectedly appeared.

Passenger Ray Ellis, took the photo as he disembarked from the 7.25am flight alongside 91 other passengers, yesterday.

He says they were travelling at 12,000ft when the pilot of the Embraer 195 was forced to abandon the journey.

Ray added: "The plane slowed down a bit, then they made an announcement that there was a crack in the windscreen and they had to return to Newquay.

"No fuss was made, no drama, all very professional. 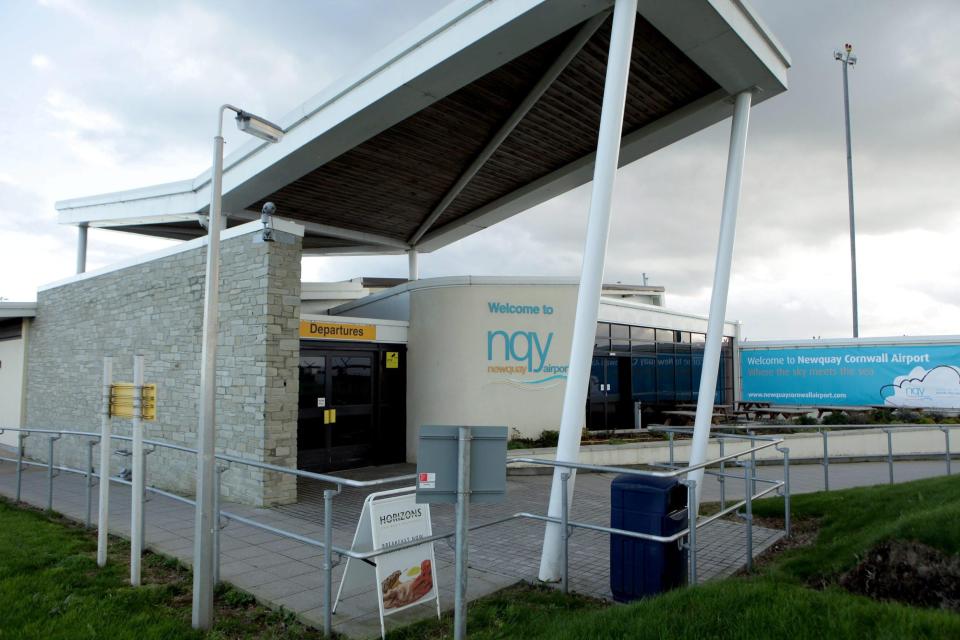 "Some people stayed to catch later flights, a lot of people left the airport to get a refund."

Mr Ellis, who works in IT and was on his way to a business meeting in the city when the drama unfolded, praised staff on board for keeping everyone calm.

He added: "Everything was dealt with very professionally and a credit to Flybe and Newquay Airport."

A Flybe spokesperson said: "We can confirm that the aircraft operating the flight landed safely at Newquay without incident having returned from airborne following a crack appearing in the outer layer of its windscreen."

The spokesperson added: "The captain took the necessary action and, as a usual precautionary measure, the airport put its emergency vehicles on standby.

"Road transport has been provided for all 92 passengers to complete their travel to London Gatwick.

"The safety of our passengers and crew is our number one priority and we apologise for the inconvenience experienced."

Giuliana Rancic to Return as Cohost of ‘E! News’ Alongside Jason Kennedy

Did The Rookie Frame Wrong Guy? Did HTGAWM Kids Age Too Much? Did Katy Keene Rewrite Riverdale? And More Qs

Heartbreak as beautician, 24, found dead after moving into first home with partner

Mum-to-be, 28, 'mortified' as she tells total stranger 'just having my morning plop' while trying to flog phone online in toilet text blunder