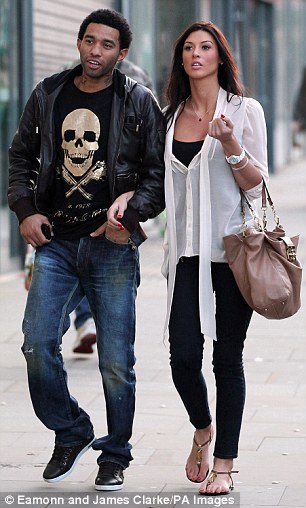 Former Premier League footballer Jermaine Pennant has revealed how he feared he would be charged with murder as a child following a fatal gang fight.

The midfielder was affected by turf warfare through older friends of his in the notorious Meadows Estate gang in Nottingham aged 14, which resulted in a rival member being kicked to death.

Pennant, who is set to appear in the next Celebrity Big Brother, was questioned by police over the murder but was not among six people to stand trial.

Writing in his new autobiography Mental, which is being serialised in the Daily Mirror, he told how he hid behind a takeaway counter during the fight.

Pennant said: ‘They had knives, baseball bats and some guns. As they ran past, they stabbed one and hit another with a baseball bat, and a few shots went off.

‘They all ran off. Our gang chased them. I didn’t see it, but one of the St Ann’s gang got caught, they turned on him and he later died in hospital.’

He added: ‘It was scary, but growing up where I did, it wasn’t the first time I heard gunshots. I automatically jumped for my life. I was lucky.’ 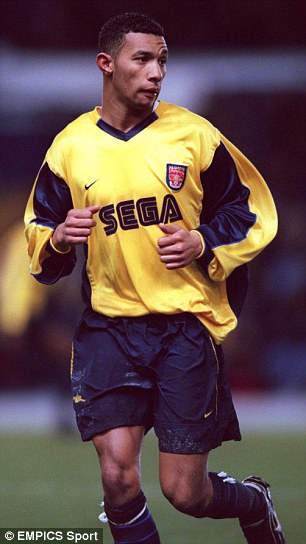 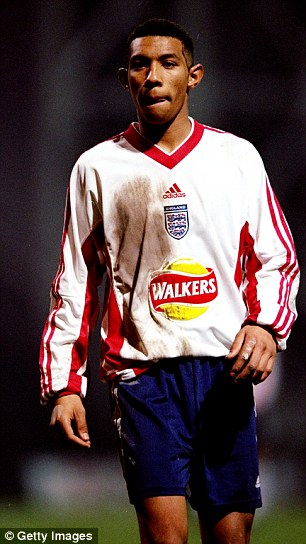 Pennant signed for Arsenal for £2million aged 15 (left, in 2000), and also represented England at schoolboy level (right, pictured playing against the Republic of Ireland at Preston in 1999)

Police knocked on his door two days later and Pennant was questioned about the murder – something he described as ‘even more scary than hearing gunshots’.

He told how six youths from the Meadows stood trial for murder – but they were all acquitted because of insufficient evidence over who delivered the fatal blow.

About one year after the attack, Arsenal paid Notts County £2million for Pennant, making him Britain’s most expensive trainee footballer at the time.

He scored a hat-trick against Southampton in what was the first of Arsenal’s 49-match unbeaten run – but disciplinary problems became a major problem. 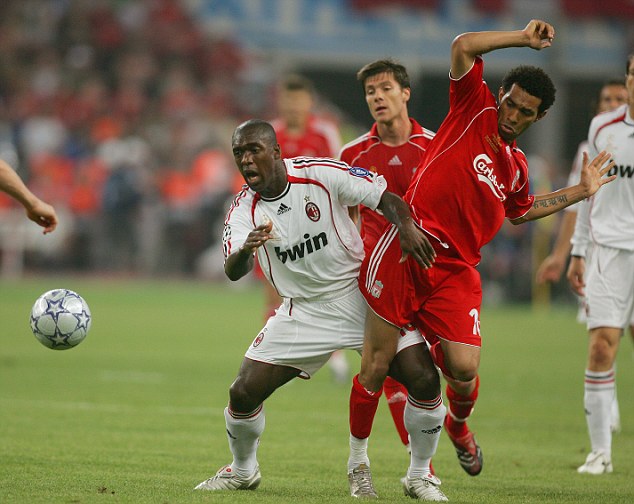 Rafa Benitez grew disenchanted with Pennant at Liverpool, despite him setting up their goal in a 2-1 defeat by AC Milan in the 2007 Champions League final

A drink-driving conviction followed at Birmingham City and his last crack at the big time ended when Rafa Benitez grew disenchanted with him at Liverpool.

Pennant, whose parents split when he was a baby, returned to England last year to play for Bury and made his final appearance for Billericay Town on January 16.

He now lives in the Shropshire countryside with his glamour model wife Alice Goodwin and said he wants to be on Big Brother to prove he is ‘not a bad guy’.

Inflatable Christmas costume may have spread COVID-19 at hospital