When carolers from the Songful Artists perform at holiday parties, new outrage over an old standard means they know they’re potentially strolling into a minefield.

What do they do about the song, “Baby, It’s Cold Outside?” To sing or not to sing?

“In the fall we started discussing, ‘Should we still sing it?’ We know we get a positive reaction to it. For many people it’s a beloved song,” the New York-based group’s artistic director Topher Lengerich told ABC News.

But in the past few years, disclosures of sexual assault continue to dominate the headlines, placing the lyrics under scrutiny. It was originally sung between husband and wife duo Frank Loesser and Lynn Garland in 1944 as flirty banter. The recent news cycle though, casts the lyrics of a man trying to convince a woman to spend the night in a menacing light, and come across as tone deaf — or worse — about consent.

Several radio stations across the U.S. have banned the song this holiday season, including Cleveland’s WDOK; Madison, Wisconsin’s WHIT-AM; and San Francisco’s KOIT.

But that’s radio. Caroling, whether at private parties, corporate events, or, say, at the Oculus shopping complex at the World Trade Center site, is live entertainment, subject to the emotions and feedback of a live audience in real time. 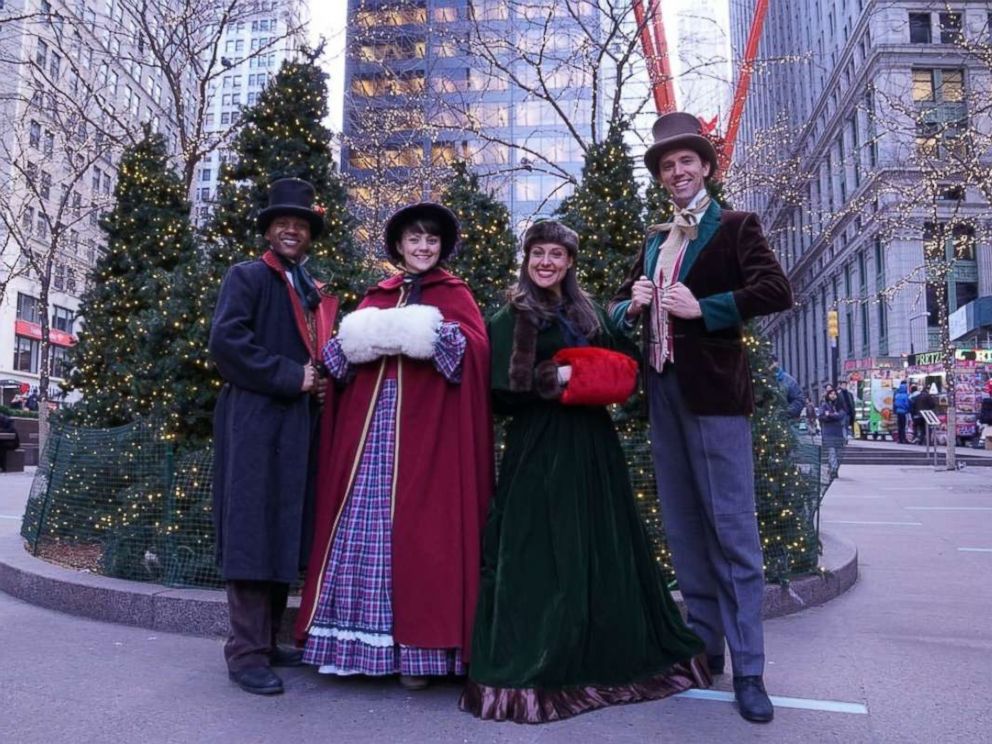 “‘So how do you read the room?’ is really what we ask ourselves. We want to be sensitive and, certainly, we don’t want to be triggering. We want to honor people who love and get a lot of joy out of the song, and we also want to respect people who may not want to hear the song,” Lengerich said.

Last year the group didn’t sing it at all. But this year, they are doing it by request. When they perform at large public places like the World Trade Center, where there are people from all over the world, they avoid the tune completely.

They’ve also tweaked a lyric. Instead of “Say, what’s in this drink?” an alto, Mallory Hawks, sings, “Say, I like this drink.”

The conversation isn’t that simple, because the song is viewed as progressive and feminist by many listeners, especially for the 1940s. And, as Lengerich noted, “It’s very popular.” It is so popular that, after banning the song, KOIT put it back into the rotation on Monday after listener outcry.

Now, it seems the backlash to the backlash is a movement, noted by consistent special requests, several caroling groups said.

“Since it is a male-female duet and we are all-female singing trios, we have never sung it, but it is one of the most-requested songs — more so this year than ever. People seem to be testing the water with all the controversy,” Julia Tobey, owner of The Beverly Belles female singing trios in Denver, Los Angeles and Las Vegas, wrote ABC News in an email.

The ensuing conversation about the song has even given birth to a parody by YouTube stars The Holderness Family, “Baby, Just GO Outside.” They’ve altered the song so the man is begging the woman to leave, with lyrics like: “OK, you’re free to go” and “Understood. No means no.”

Room to room, city to city, and state to state, there’s no official national association of carolers, and each group has to form their own guildelines to determine whether they sing the song. 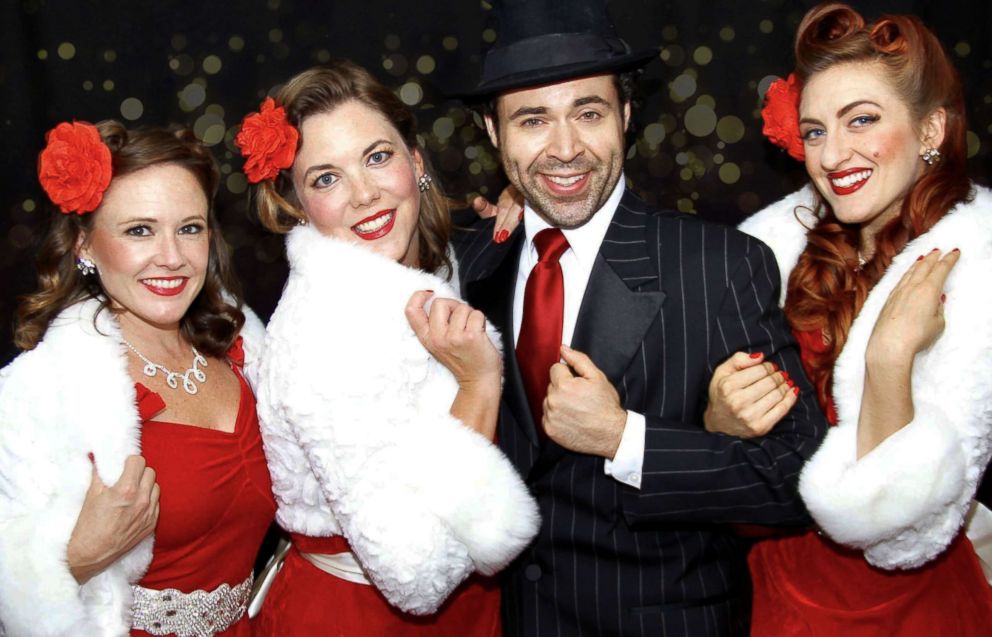 But in the Phoenix area, for The Manhattan Belles, whose CEO was a USO performer, the song fits perfectly within their set. Their 1930s- and 1940s-inspired act caters mostly to an older demographic, as well as military members and veterans.

CEO Heather Stricker said that when the group was in New York about 10 years ago, there was conversation questioning the song.

“Here no one blinks an eye, and every time I get in the car it’s playing on the radio,” Stricker said. “For its time it was pretty progressive, a girl making a decision for herself even though it was a roundabout way of getting there. New York is much more progressive than the state I’m living in currently.”

“Typically we have held off on doing that song in our caroling gigs. The last thing we want to do is offend people during the holidays,” she said. However, her group performs a stage show with a male performer and the set does include “Baby, It’s Cold Outside.”

Stricker gets the controversy, though, she said. “I think we have to remember so much has changed in the last several decades. It’s not how it used to be and maybe that’s OK.”

The Grand Tour's Richard Hammond reveals why this year's 'rotten, brutal' challenge was the hardest to date

Jennifer Aniston's Been Wearing This Style Staple Since Y2K

Game review: Ghost of Tsushima lets you channel your inner samurai in style