A former soldier who rushed to the aid of murdered PC Keith Palmer during a terror attack on Parliament has been struck down by Covid in Turkey.

Friends have criticised the British consulate in Istanbul for failing to help Tony Davis – hailed as a hero for leaping a fence to help PC Palmer in the 2017 attack – after he was rushed to hospital in the city last week.

Mr Davis, a boxing coach who served in the military for 22 years, was in Turkey guiding Bahrain’s national team to their first Olympic Games when he contracted the virus. 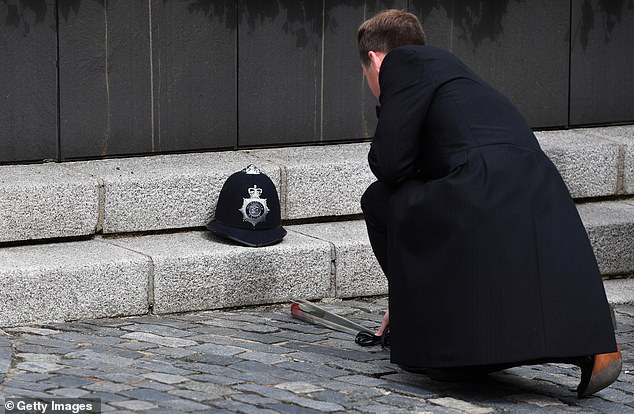 Friends say UK officials initially refused to let his wife Joanne speak to him over ‘data protection concerns’ because Mr Davis was too unwell to give permission for her to contact him.

The Istanbul consulate is accused of failing to provide a translator in hospital, with Mr Davis relying on another patient to help translate for the doctors.

Former Tory MP Charlotte Leslie, a close friend of Mr Davis, said: ‘We must ensure… regulations such as data protection, designed to protect people in need, do not hinder assistance.’

Speaking from his hospital bed last night, Mr Davis told The Mail on Sunday that the virus ‘continues to suck the life out of me’, adding: ‘It’s like nothing else I’ve ever imagined.’

A Foreign Office spokesman said: ‘Our staff are supporting a British man who is in hospital in Istanbul and are in contact with his family and the local authorities.’

Omicron less likely to put you in hospital, studies say