THREE cars full of migrants hiding inside car dashboards and engines have been found trying to sneak into the EU. 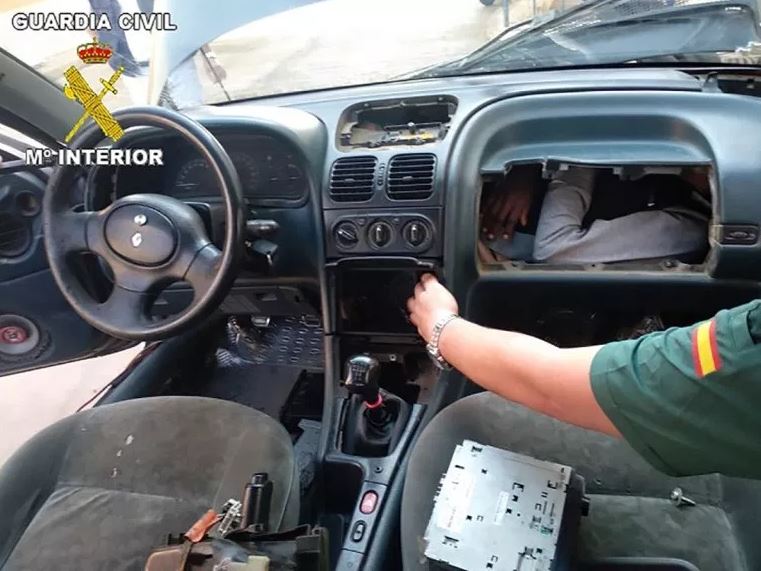 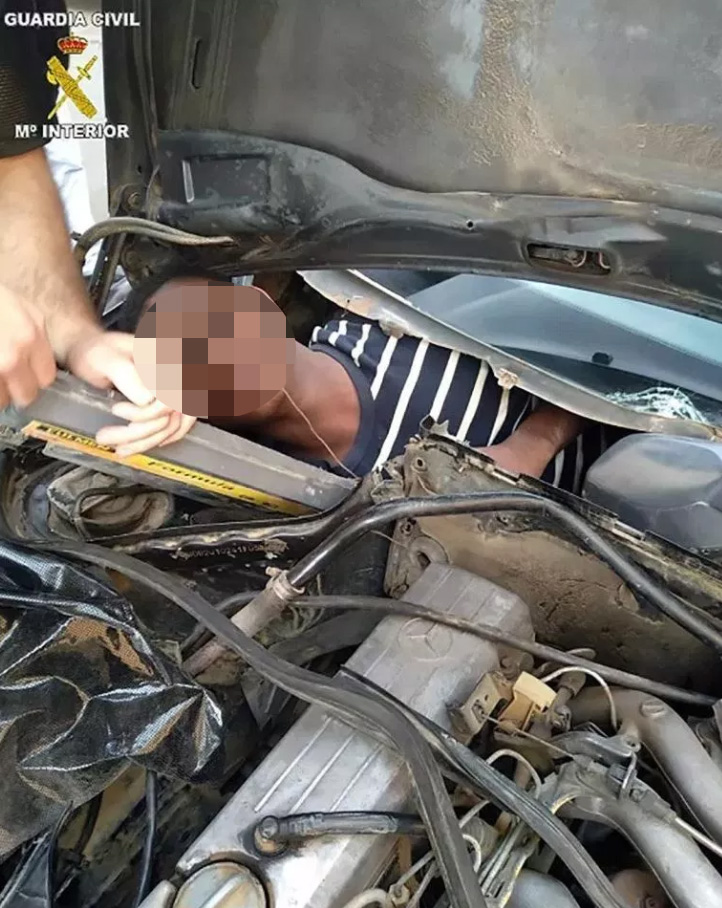 Two of the three migrants had to be treated by medics after showing symptoms of asphyxia, disorientation and joint pain because of the way they'd been travelling.

One was behind the rear seats of the car while the other two were hidden in the dashboard.

The group were attempting to flee Morocco, the Civil Guard has said.

Three vehicles were stopped at customs in Beni-Enzar in a space of just three hours.

A fourth truck was searched in the Spanish port of Melilla and a 20-year-man was found in the base of the vehicle.

Police said he had "taken advantage" of the driver's carelessness to get into the truck.

All of the drivers have now been detained and will appear in court, they added.

It comes after a migrant was found hidden in a suitcase as he tried to smuggle himself into Spain.

Last month a group tried to sneak into Britain by hiding in Amanda Holden and Keith Lemon’s van.

The pair were filming in Calais for the comedian’s new TV show when a migrant was found hiding under the boot by a member of crew.

In January migrants were discovered hidden inside bed mattresses strapped to a van in a desperate bid to reach Europe. 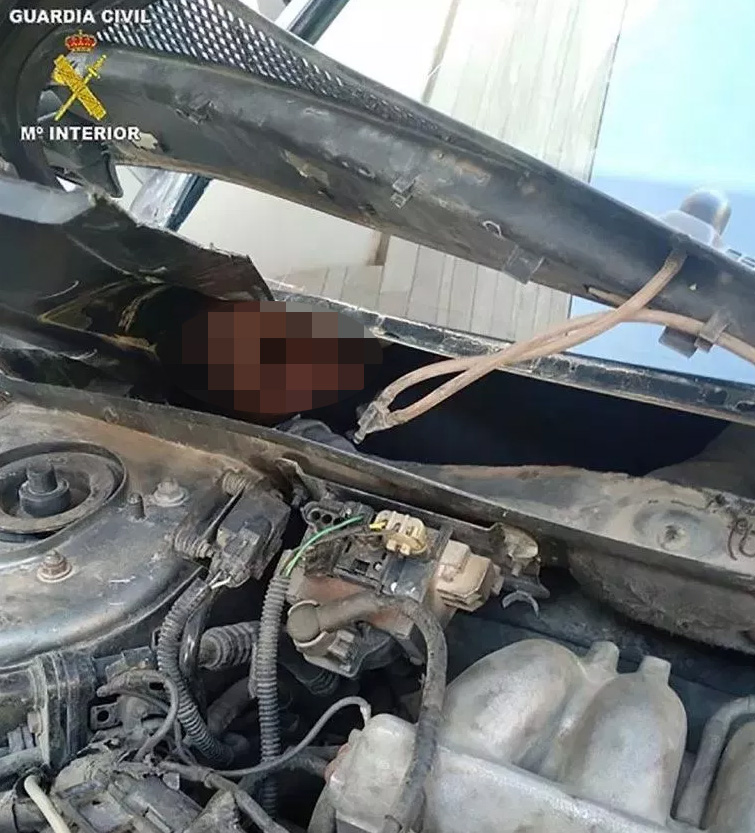 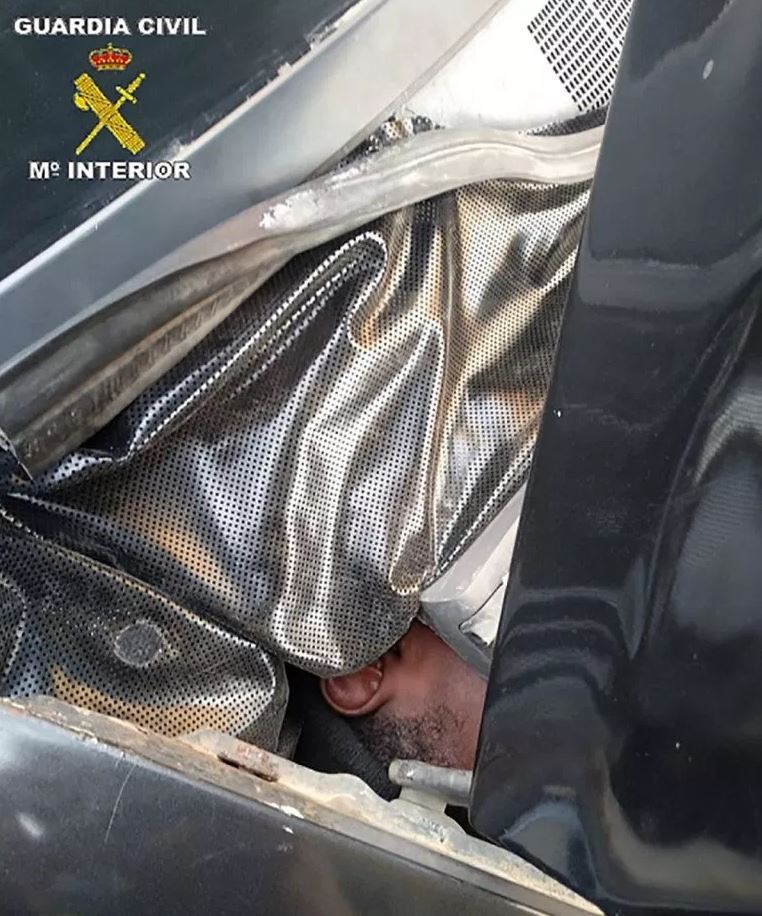 Bali re-opens to domestic tourists but foreigners must wait