EMMANUEL Macron will today launch a bid to turn EU members against Britain as he escalates the Brexit fishing wars. 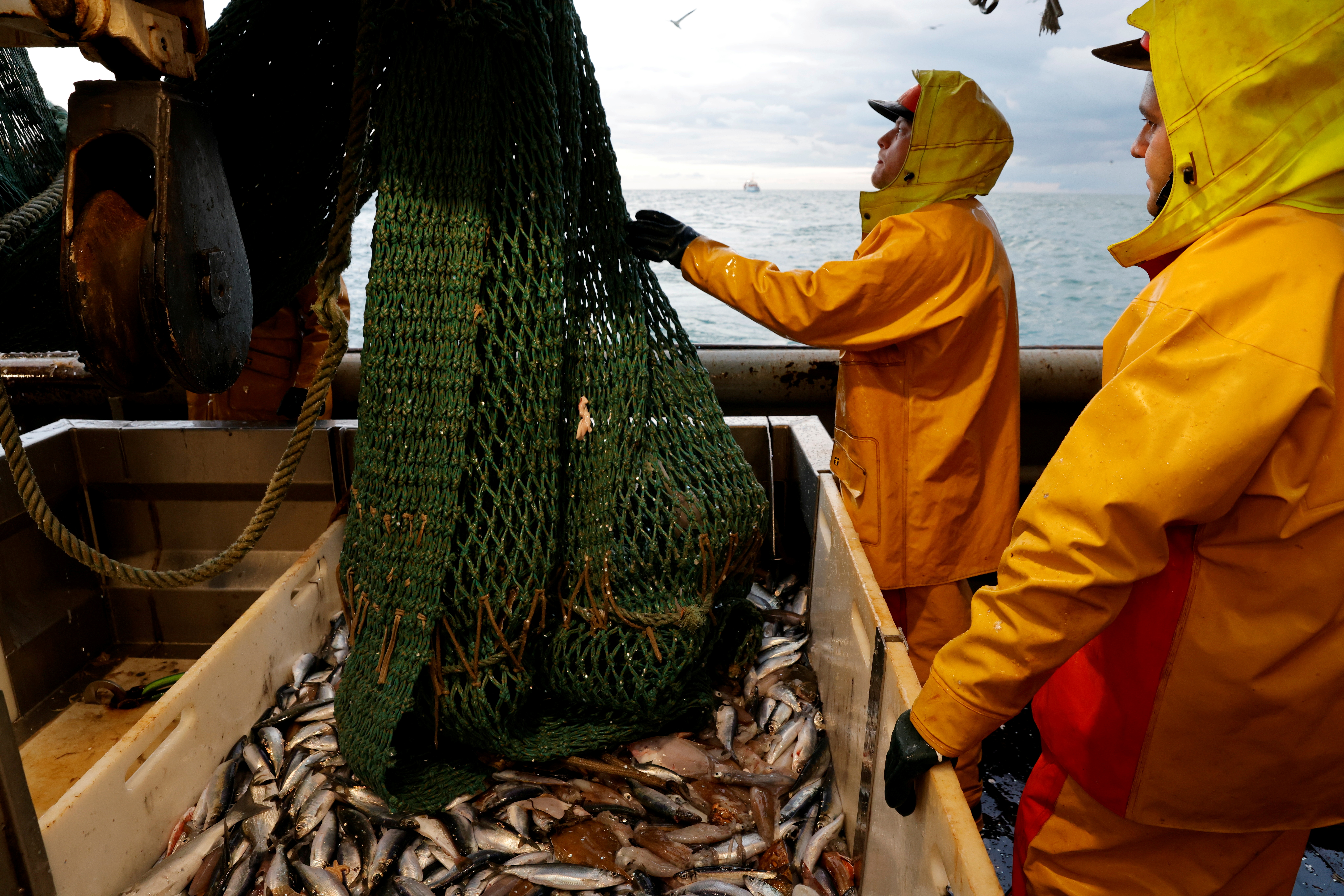 But some fear his sabre-rattling will antagonise No 10 and undermine efforts to rebuild shattered cross-Channel ties.

Paris is escalating its attempts to strong-arm the PM into backing down over granting more licences for its fishermen.

Mr Macron is badgering other capitals to rally to his side and condemn No 10 for what he claims is a breach of the Brexit deal.

Fisheries minister Annick Girardin spent the weekend trying to bring around countries reluctant to pick a fight with Britain.

She's has drawn up a tough talking statement the French president wants EU states to sign at a summit in Luxembourg today.

It slams the UK for "a clear failure to comply" with the trade pact and calls for a U-turn from No 10 "as soon as possible".

And it condemns the decision to turn down some French boats for fishing licences as being "without valid justification".

But some capitals fear they're being dragged into doing France's "dirty work" and worry about the diplomatic fallout.

One source said: "For some reason European ministers are getting into bed with French fishermen."

Britain has granted 98% of licences applied for by EU boats.

Of the remainder almost all are tiny French vessels that can't prove a history of fishing in our waters.

Mr Macron, who faces a re-election battle next April, has threatened to shut off power to Jersey in retaliation.

French skippers are also vowing to blockade Christmas goods headed for Britain if they don't get more access.

A UK Government spokesman said: "Our approach has been reasonable and fully in line with our commitments in the Trade and Cooperation Agreement."

This Celeb-Loved Brand Makes Affordable Fall Jackets, and They’re on Sale at Nordstrom

Transparent TV labelled the most useless invention ever