The French government unveiled a new law on Wednesday to fight Islamist radicalism that will ban gender segregation at swimming pools and make school compulsory from the age of three.

The project is being promoted by President Emmanuel Macron to root out what he calls ‘separatists’ undermining the nation.

France has suffered numerous Islamist terrorist attacks, including the gruesome beheading of a teacher in October who had showed his class cartoons of Islam’s prophet, followed by an attack inside Nice’s largest church that killed three.

The proposed legislation targets home schools, mosques or associations that promulgate an ideology running counter to French values, which authorities have called the ‘Islamist hydra’ that can cultivate violence in some.

Among notable measures, local authorities would no longer be able to enforce separate swimming sessions for men and women at local pools.

The bill also proposes making school obligatory from the age of three, allowing the option of home schooling in special cases only. The measure is aimed at ending so-called clandestine schools run by fundamentalists with their own agenda. 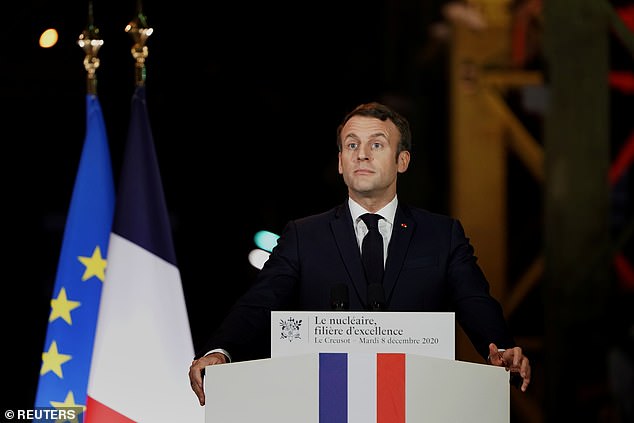 Another article encourages mosques to register as places of worship, so as to better identify them. Many of the nation’s more than 2,600 mosques, which often have Quranic schools attached, currently operate under rules for associations.

In addition, a judge can forbid anyone convicted of provoking terrorism, discrimination, hate or violence from frequenting mosques.

With claims by some that the draft law is too soft, or a political manoeuvre by Macron ahead of 2022 presidential elections to capture followers on the far right, it is likely to see lively debate when it goes before Parliament in coming months.

The topic is delicate because of the large Muslim population in France, estimated at 5 million. The proposed law, with the title ‘Supporting Republican Principles,’ directly mentions neither Islam nor Islamism in an effort to avoid stigmatising Muslims.

Interior Minister Gerald Darmanin, also in charge of faiths, said separately later that Macron has asked him to organise a parliamentary mission to fight anti-Christian, anti-Jewish and anti-Muslim acts.

‘The hate of religion is increasing. It touches everyone. It hurts,’ he said on BFMTV. 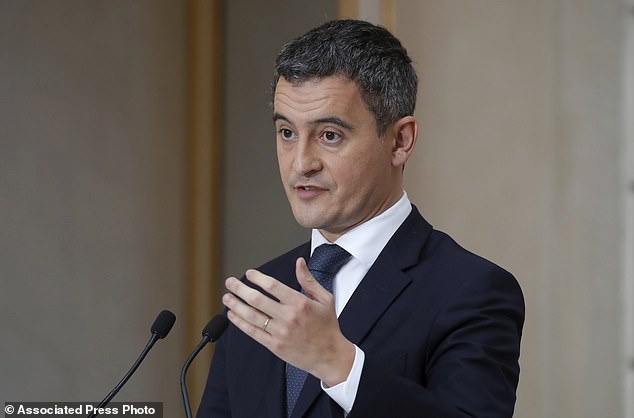 French Interior Minister Gerald Darmanin speaks during a media conference at the Elysee Palace in Paris on Wednesday. Darmanin said he was asked by Macron to organise a parliamentary mission to fight anti-Christian, anti-Jewish and anti-Muslim acts

Introducing the draft law to fight separatism, Prime Minister Jean Castex stressed that it ‘is not a text against religions or against the Muslim religion in particular.’ Instead, he said, it is ‘a bill of freedom, a bill of protection, a bill of emancipation from Islamist fundamentalism’ or other ideologies pursuing the same goals.

Castex, speaking at a news conference after the draft law was presented to Cabinet, said those who seek to ‘divide, and spread hate and violence’ are at the heart of ‘separatism.’

Separatism is especially dangerous because it ‘is the manifestation of a conscious, theorized, political-religious project with an ambition to make religious norms predominate over the law,’ he said. France ‘intends to defend itself,’ Castex added.

The draft bill also makes changes to France´s much-cherished 1905 law separating church and state and guaranteeing a secular nation in order to modernize and clarify matters of faith, Castex said.

Changes in ‘morals, practices and threats’ make modifications necessary to the secularism law and an older 1901 law governing associations, the prime minister said. 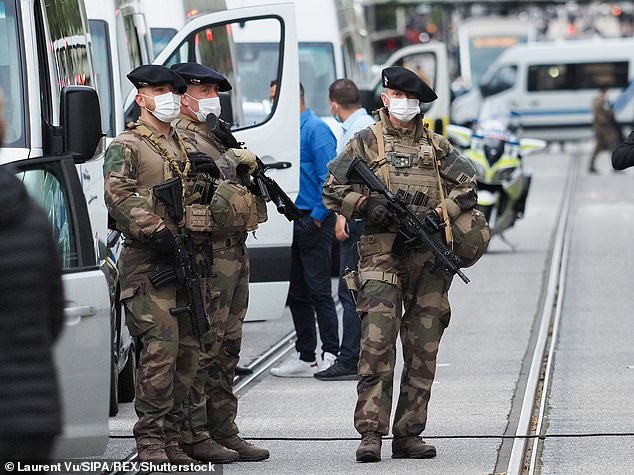 France has suffered numerous Islamist terrorist attacks. Pictured: French soldiers stand by the the Notre-Dame de l’Assomption Basilica in Nice on October 29 after a knife-wielding man killed three people at the church

In a section on human dignity, the draft law would make it a crime punishable by fines and up to one year in prison for a doctor to provide a young woman with a certificate that she’s a virgin, sometimes demanded ahead of Muslim marriage ceremonies.

To do away with forced marriages, a measure requires the couple to meet separately for an interview with an official when there is a doubt about free consent. If the doubt persists, the official must take the issue to a prosecutor, who could forbid the marriage.

Those practising polygamy would be forbidden French residence cards.

Macron spelled out in a speech in October his reasons for wanting to tackle Islamist extremism in all its forms. He said extremists want ‘to create a parallel order, build other values, develop another organisation of society, initially separatist but with a final goal of taking complete control.’ 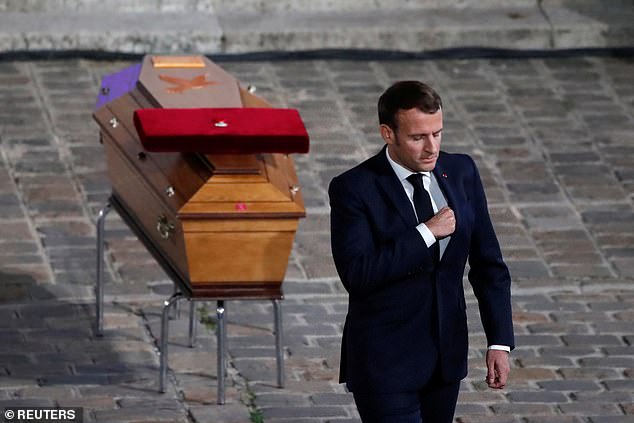 The beheading – by an 18-year-old Chechen refugee – in October of a teacher outside his school gave new urgency to ensuring French values. Social network users helped inform the attacker of the teacher´s location and other vital information.

The draft law creates a new crime for endangering others by disseminating information about people’s private or professional life with the intention of identifying, locating and exposing the person or their family to an immediate danger.

Justice Minister Eric Dupond-Moretti said the measure was inspired by the teacher’s killing.

Growing fears for Chinese-Australian writer who has disappeared in China

Macaulay Culkin and Brenda Song Take Their Romance to Berlin