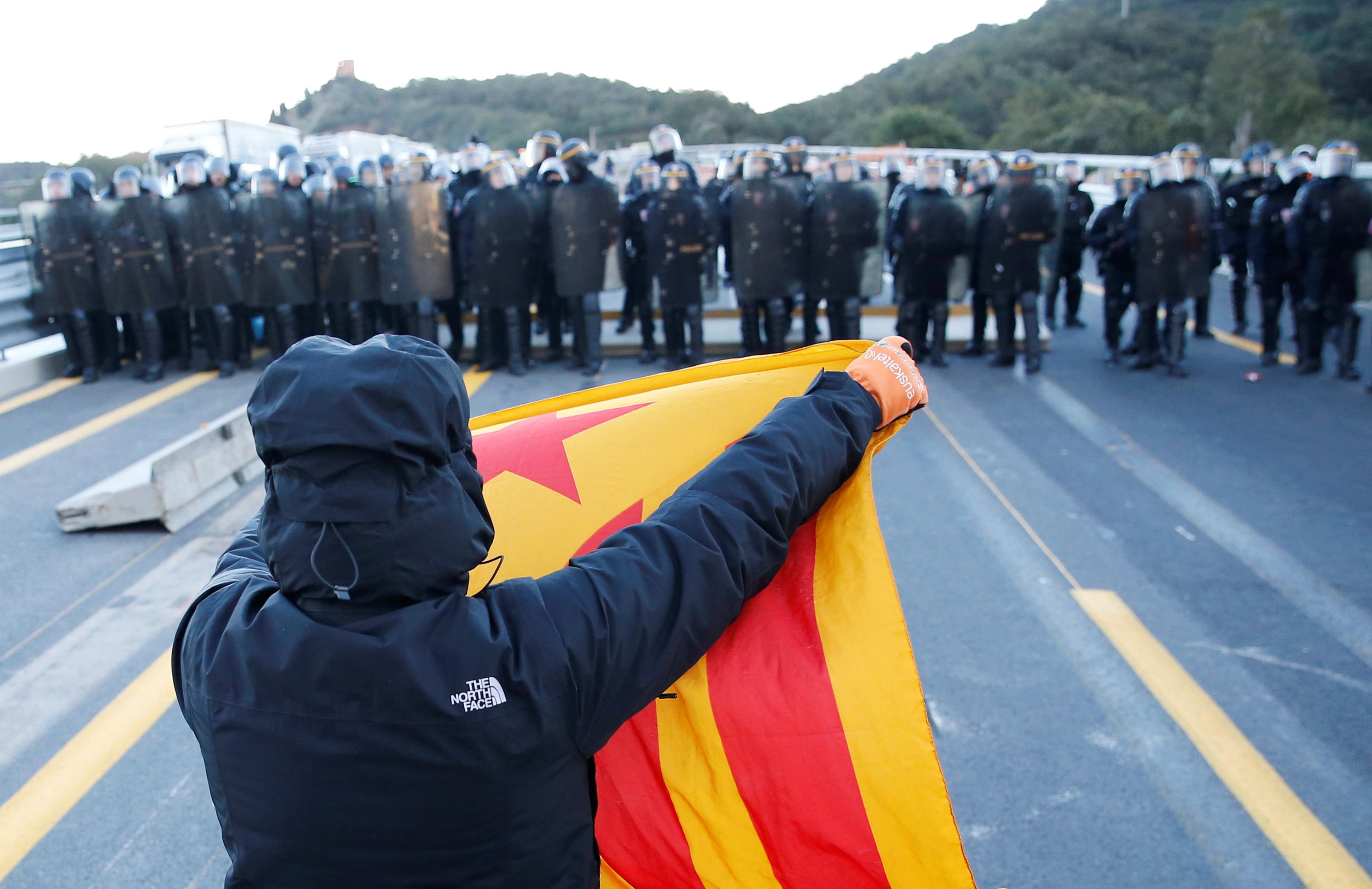 LA JONQUERA, Spain (Reuters) – French riot police were dispersing on Tuesday morning hundreds of Catalan pro-independence demonstrators who had been blocking a major road link that connects the Spanish region with France for nearly 24 hours.

Police on the French side of the border at La Jonquera were seen pushing protesters to the Spanish side, removing debris from the AP-7 highway, a major route from France to southern Spain that was blocked in both directions.

Trucks and other traffic had been diverted to another smaller road as protesters installed concrete barriers on the highway and set up a stage to hold concerts.

Catalonia has been rocked by mass protests since long prison sentences were handed down in mid-October to nine separatist leaders who spearheaded a failed independence bid in 2017.

Asked what Catalan police should do with the protesters sent back over the border from France, Catalan government leader Quim Torra said there was no reason for charges to be brought.

“We ask for this operation to be conducted with exquisite care, so that no one gets hurt,” he told Catalunya Radio.

(This story is refiled with LA JONQUERA dateline)

The Chase viewers in hysterics as contestant ‘orgasms’ after winning thousands