Heartbroken family issue fresh appeal to hunt down the ‘wicked and mindless’ burglars whose break in killed ex-air hostess, 77, a year ago

The heartbroken family of a pensioner who died of shock following a break-in at her home have issued a fresh appeal for information.

77-year-old Maureen Whale had been alone at her life-long home in Barnet, north London, when two thieves raided the property.

The Blitz survivor called the police but tragically collapsed on the phone, with a post-mortem examination identifying the cause of death as coronary heart disease – stress from the incident.

And now, her remaining living relatives have urged the public to ‘be courageous’ in an attempt to finally identify the two thugs. 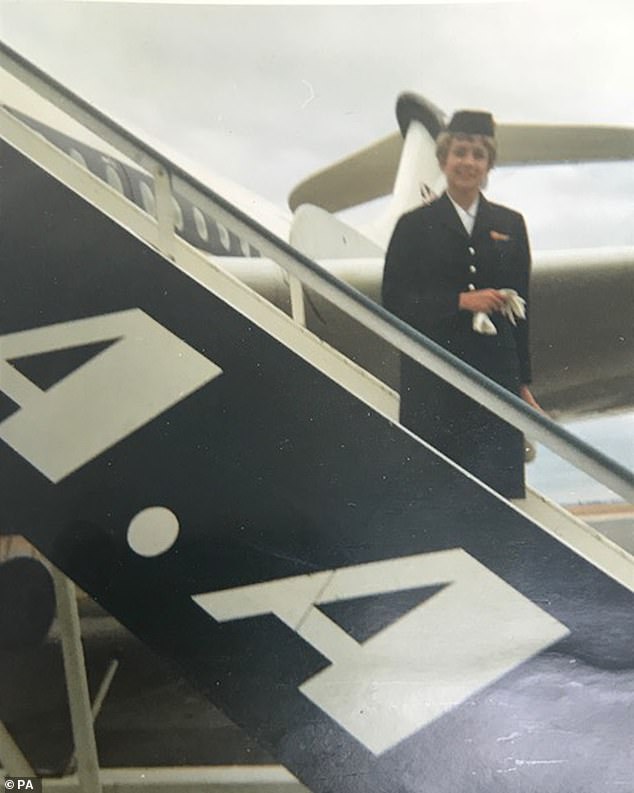 Their statement, which details the family’s grief a year on from Mrs Whale’s death, said: ‘We are devastated that our beloved Aunt Maureen when she should have been safe in her own home was confronted by three cowardly burglars who broke in whilst she was alone.

‘I dread to think what went through her mind. We will always have the terrible thoughts of Aunt Maureen’s last call to the police – it is heart-breaking.

‘Our aunt was approaching her 78th birthday and remained fiercely independent – she had done so much good in her life and had so much more to give.

‘Those responsible are still living their lives, enjoying time with their own families. I would ask you to listen to that recording of what you did to this elderly lady, listen to the fear in her voice. 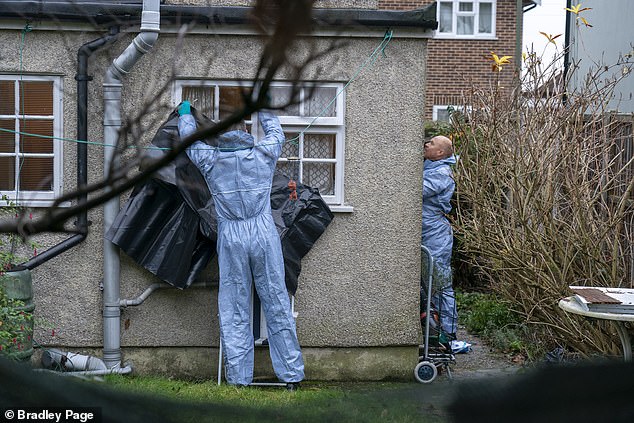 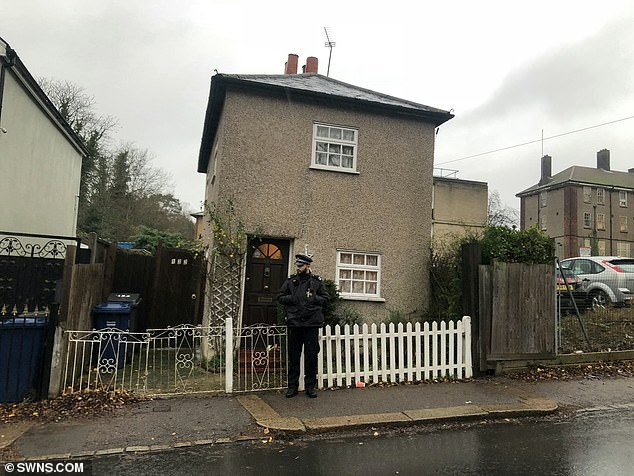 ‘You can still make a difference and explain your side of things. Possibly you didn’t realise she was in the house or that things went wrong. Please be courageous and contact the police today.’

Mrs Whale is believed to have been confronted by the two thieves, and the break-in that resulted in her death was one of at least three carried out by the gang.

The burglars – who are yet to be identified – wore baseball caps, beanies and hoods when they forced their way into the property, before stealing some of her jewellery. Their haul included a Pandora ring, a Tiffany necklace and a bracelet.

The case will be featured on Crimewatch on Friday, in an attempt to encourage those with information to contact the police. The £20,000 reward for information leading to arrest and prosecution remains on offer.

Police continue to treat Mrs Whale’s death as manslaughter, and are keen to identify three suspects caught on CCTV on the evening of the burglary.

Police released grainy pictures of three suspects, yet to be identified, who are thought to be behind the raid

Detective Chief Inspector Noel McHugh said: ‘It’s been over a year since the burglary that led to Maureen’s death and her family continue to suffer the pain of knowing that as yet no one has been brought to justice.

‘Maureen died for the few pounds that were in her purse, which is truly wicked and mindless. She was a fiercely independent lady and so adventurous travelling the world in her younger days; it is just awful she should die in such circumstances in the home where she had lived her entire life.

‘We really need the help of the public to trace these burglars. They are clearly experienced thieves, working as a team to target not just Maureen’s home but others that evening too. But knowing they are responsible for the death of a much-loved elderly lady may well have led to a change in their behaviour or conversations; they would not have intended or expected this tragic outcome.

‘I am appealing to the families and partners of these individuals to help Maureen’s family get the justice they deserve. Handlers will also know who is responsible I’m sure. We’re not interested in you; we simply need information about what happened to Maureen.

‘For anyone not quite sure on whether to make that call, especially criminals who hold that vital information, just listen to the distressing 999 call that Maureen made. Just imagine it could have been your mum or nan – burglary is a horrid crime, but what happened to Maureen is utterly wicked.’

Below is the transcript released by the Metropolitan Police of the 999 call made by Maureen Whale:

Maureen: Yes, two young men just went into the house and walked off with my handbag

Police: Ok, just hold on please. Hold on, I’ll get someone out there.How long ago did this happen?

Police: Are you on your own?

Police: Are you ok?

Police: Are you ok?

Police: Do you need an ambulance or anything?Are you finding it hard to breath?

Police: Have you got any chest pains?

Police: Ok, I’ve called an ambulance for you. Hold on.

Background: Hello love are you ok?

How Madison LeCroy Got Involved in Kristin and Jay's Divorce: A Timeline