In his first sit-down interview with U.S. media, a close friend of Jamal Khashoggi, the Washington Post columnist who disappeared after being seen entering a Saudi consulate in Istanbul more than two weeks ago, described to ABC News what he’d been told in briefings by Turkish security officials.

“I talked with some Turkish government and security officials and they said Jamal was killed. I didn’t know what to do. I really couldn’t answer. Then I called a few colleagues, again security officials, trying to have them verify it, saying ‘Is this really true?'” Turan Kislakci said Wednesday. “They said, ‘Yes, Turan, and let’s tell you even beyond that, he was killed in a very barbaric way.’ I was shocked. They not only kill him in the consulate, but also in a barbaric way.”

Khashoggi, who has written critically about the Saudi government, reportedly told his fiancée to call two people if he ever got into trouble. One of those individuals was his close friend Kislakci. 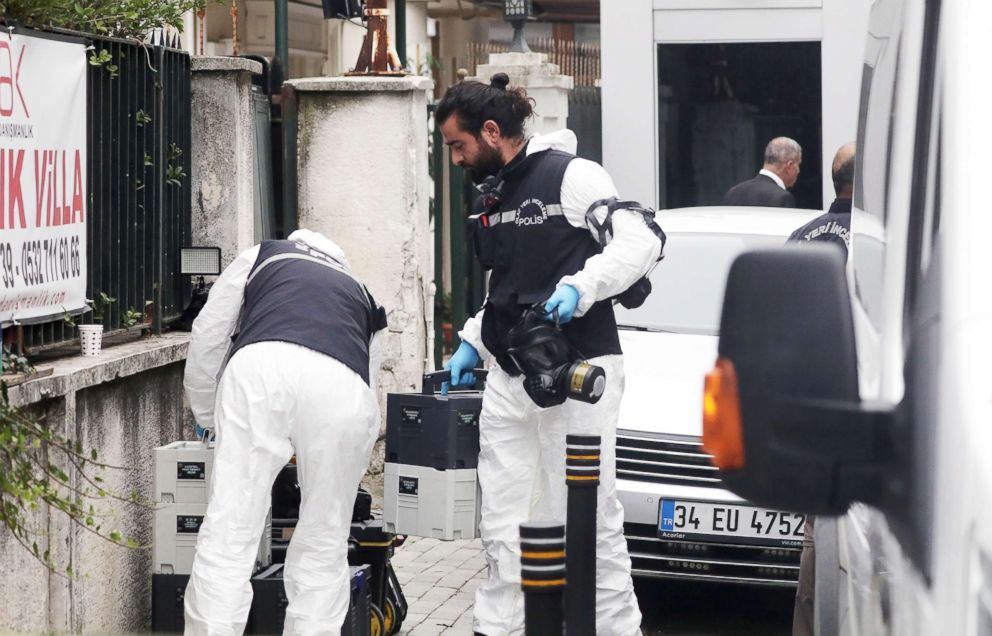 Khashoggi, who had been living in the U.S., was visiting the consulate on Oct. 2 to file paperwork for his wedding. He has not been seen since. Turkish officials allege Khashoggi was killed, which the Saudis have fiercely denied.

Turkish officials say 15 Saudis flew to Istanbul for just hours surrounding Khashoggi’s disappearance, and they reportedly claim to have audio recordings of Khashoggi being interrogated and murdered.

When Kislakci was asked by ABC News about repeated claims that there is proof that Khashoggi was killed and that an audio recording exists, he said that security officials said they had audio.

“They said, ‘We have audio on this. We know all the details about what transpired.’ They said, ‘We were able to access this the first day, and we have various other evidence on this,'” he said.

He said the tapes reveal that when Khashoggi walked into the consulate, he was given a document to sign but refused. He then was killed. 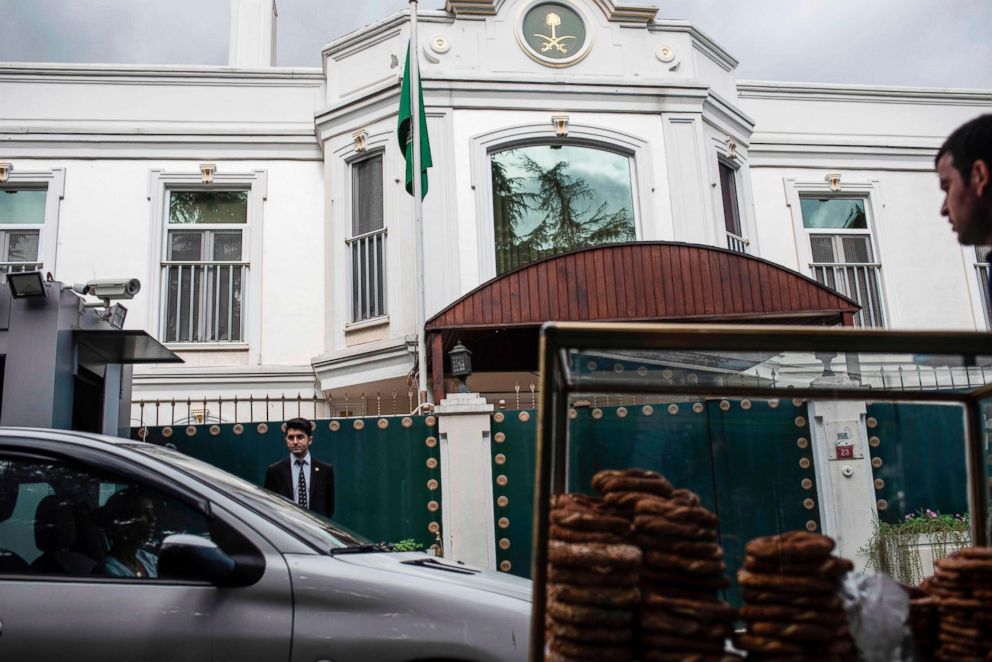 “I still want to wish and hope that he is alive and so on,” Kislakci told ABC News. “Unfortunately , this kind of news which related with his killing in a barbaric way is coming out.”

The New York Times reported that Turkish authorities said the audio tapes indicate Khashoggi was then beheaded and dismembered.

Kislakci said he didn’t want to know the gruesome detail but he said he believes much of what has been reported is correct.

Turkish authorities say that Khashoggi’s body was then taken to the official residency of the Saudi consul general. It’s about a mile from the consular building. Turkish forensic investigators are said to be combing through the grounds.

Turkish officials released to a Turkish newspaper images of 15 Saudis that they say traveled to Istanbul the day that Khashoggi went missing. The New York Times said that among the Saudis named is an autopsy expert.

The Times also reported that several of the suspects have ties to the Saudi crown prince.

Maher Abdulaziz Mutreb was allegedly in Istanbul the day Khashoggi went missing. Mutreb was seen in Boston within a few feet of the crown prince in March. A month later, both of the men were seen in Houston and later that month they were seen traveling together in Madrid. 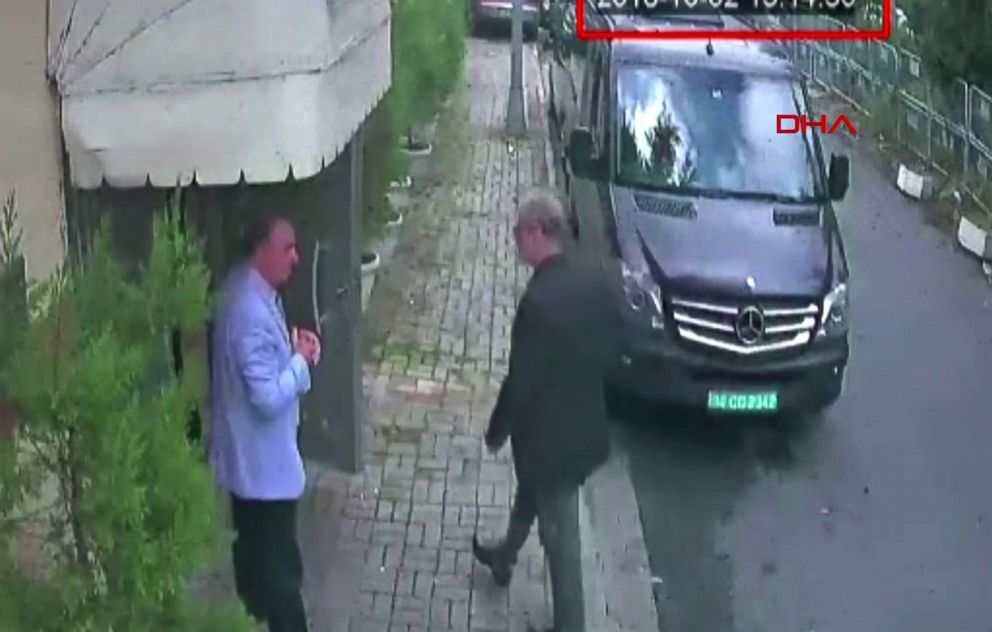 When asked Wednesday whether he was providing cover for the Saudis in Khashoggi’s disappearance, President Donald Trump said: “No, not at all. I just want to find out what’s happening.”

He said that he expected to know who is at fault for Khashoggi’s alleged murder “by the end of the week.”

“With that being said, Saudi Arabia has been a very important ally of ours in the Middle East,” Trump said.

Secretary of State Mike Pompeo met with Turkish President Erdogan and Foreign Minister Mevlüt Çavusoglu Wednesday but refused to express any doubt or skepticism about the legitimacy of a Saudi investigation into Khashoggi’s disappearance.

ABC News’ Ian Pannell and Matthew McGarry contributed to the reporting of this story.