THIS is the moment a furious driver ties an Insulate Britain activist to a railing with his OWN banner.

The driver is thought to have become incensed after eco warriors refused to budge from the path of moving cars. 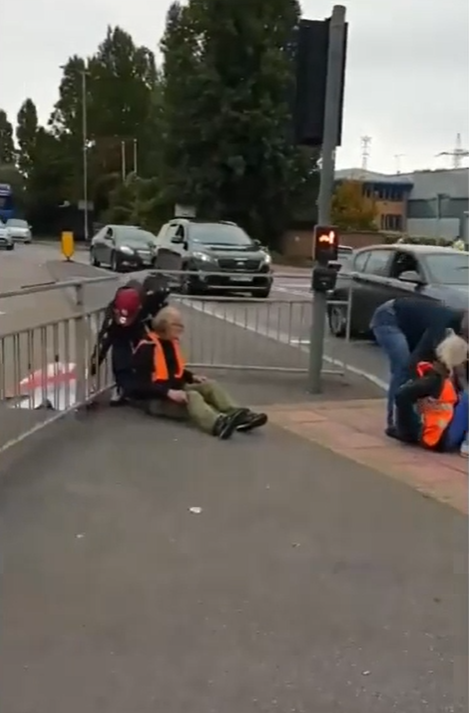 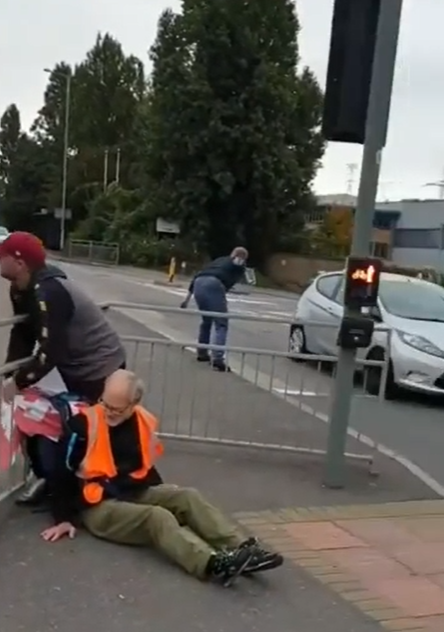 Footage shows the moment the activists are dragged from the road in what is understood to be an industrial estate near to Dartford Crossing and the M25.

A man wearing a red cap and tracksuit bottoms can be seen hauling an elderly protester to a nearby railing before looping a giant red Insulate Britain banner through the straps of his rucksack.

The eco warrior appears to laugh as the man in the red cap then frantically ties the banner around the metal bars.

Earlier on in the footage a woman with grey hair can be seen being yanked from a busy road moments before a giant lorry rolls past.

Two gobsmacked women watch on from across the road, filming the altercation on their phones.

It's thought the footage was captured at the same drama-filled protest last week where an irate mum drove into Insulate Britain protesters.

The mum was captured on camera yelling: "My son is 11, he needs to get to school and I need to get to work," before driving a black Range Rover into two activists.

Earlier on she had vowed to continue on her school run, telling activists: "I'll drive through you then!"

Another man was filmed saying "this is not going to help" as he tries to reason with the mob.

He yells: "Why aren't you at work? Why are you stopping people from working?"

A fellow commuter adds: "My business is on its knees. We have masses of haulage problems in the UK."

A frantic lorry driver was also captured heading directly into the demonstrators in a last-ditch attempt to get through.

Hero pedestrians and drivers eventually helped drag the troublemakers away from the busy road. 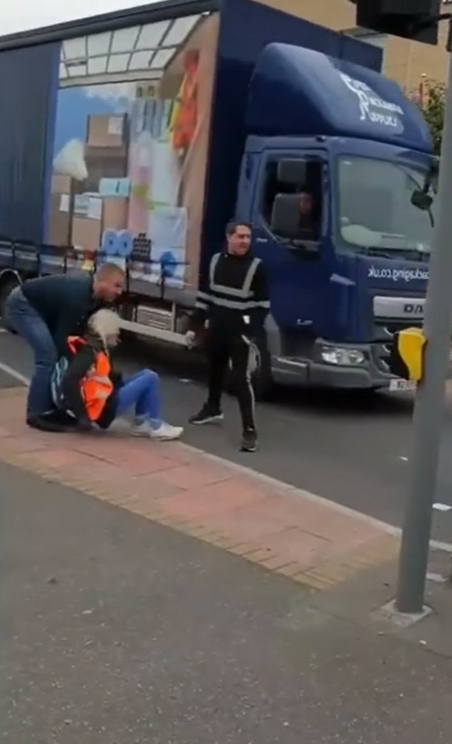 Why Redbox Is Moving Into Free, Ad-Supported Streaming Video