Furious Geordies say their iconic Tyne Bridge is rusted, ‘ready for the scrapyard’ and in desperate need of repair

Fuming Geordies claim the world famous Tyne Bridge is ‘ready for the scrapheap’ and in need of a makeover.

The iconic crossing between Newcastle and Gateshead is one of the most recognisable landmarks in the country.

But proud locals say the Grade II listed bridge, opened in October 1928, has fallen to wrack and ruin with its fading paint showing signs of rust.

Driving instructor Jay Bell said: ‘Newcastle and Gateshead Councils are an absolute disgrace for the state of the Tyne Bridge. 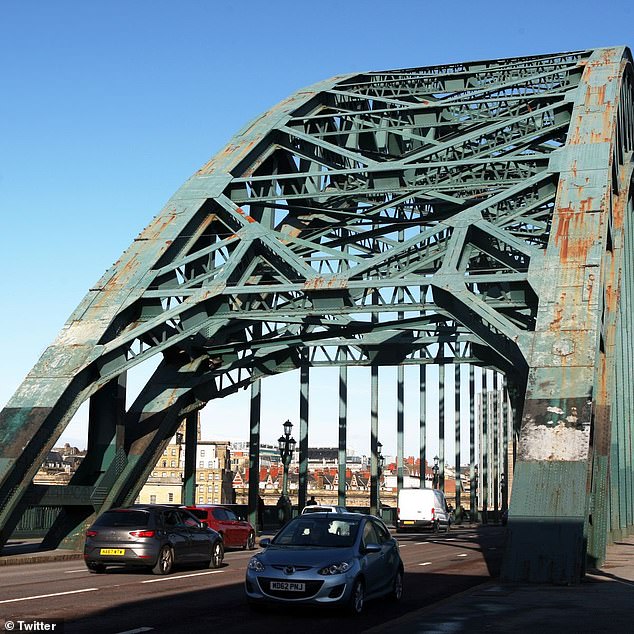 This view of the road level shows some of the wear on the bridge, which opened in 1928

‘Arguably one of the most iconic bridges in the UK is looking like it’s ready for the scrap yard.

‘Hang your heads in shame.’

Ian Gowland added: ‘In my 30 years in Newcastle, it has been in a state of neglect more than a symbol of civic pride. 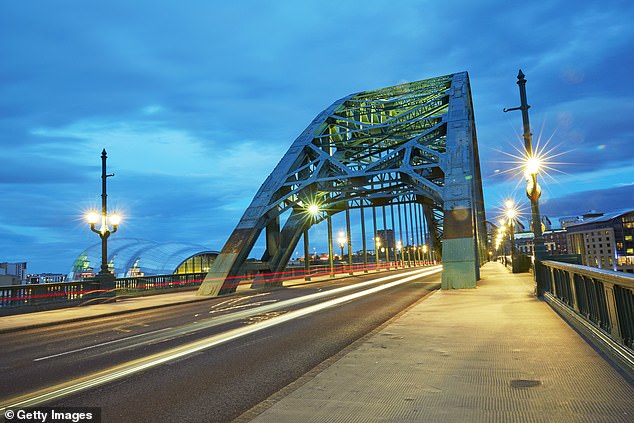 The bridge, connecting Newcastle and Gateshead, is one of the most iconic views in north east England 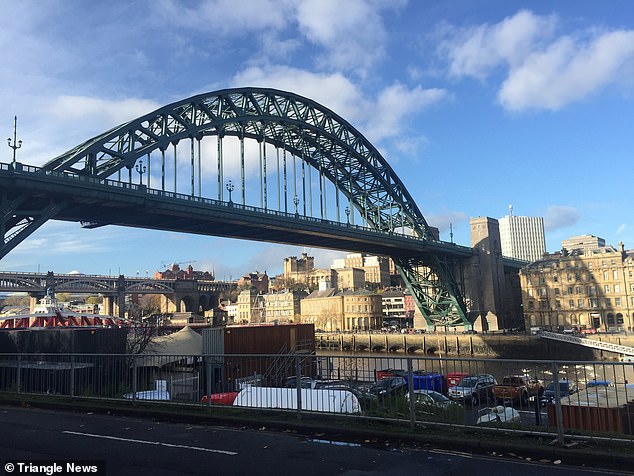 In 2019, Newcastle City Council bid for £40million worth of funding to revamp the bridge and the nearby motorway.

However it is still waiting on a decision from the Government’s Transport for North scheme. 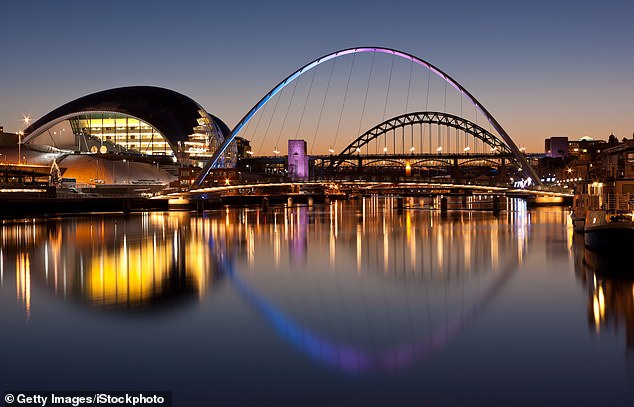 It is thought that even if approved this month, the work still wouldn’t begin until 2022 at the earliest.

The kittiwake birds which reside on the bridge are also dividing locals who say their droppings are leaving stains.

It is the furthest inland colony of the black-legged gulls in the world – and conservationists want it to stay protected.

Construction started in August 1925 and was opened on October 10 1928 by King George V in front of a crowd of thousands.

The bridge cost £1.2million at the time- today worth about £70million.

Designed by Mott, Hay and Anderson who used the Sydney Harbour Bridge as inspiration.

A single worker died in the construction of the bridge. Father of four Nathaniel Collins, 33, fell into the river in the mid 1920s.

Appears in films such as Goal!, Stormy Monday and I, Daniel Blake

But local Charlie Bennett, 23, said: ‘Having worked inside the Tyne Bridge I know just how badly it needs repaired.

“It is the most iconic landmark in our region and it has been left for wreck and ruin.

“The excrement from the kittiwakes is disgusting and makes the centrepiece of our city look filthy.

“Surely we can move them elsewhere.

“After all, the bridge was built for us, not the birds.

“The councils need to listen to their residents and give the bridge the lick of paint it deserves. It’s not on.”

Paul Buskin of the Kittiwakes upon the Tyne group is determined that the birds are preserved.

He said: ‘Since establishing a modest 134 pairs of nesting Kittiwakes back in 2001, the total amount of nests on the Tyne Bridge has grown to over 700 pairs.

‘This is the largest portion of the colony, which is the furthest inland breeding colony of Kittiwakes in the world.

‘There is a great need to help safeguard existing birds and help secure and protect their nesting sites, as the UK population has fallen 60pc since 1986.’

The Great North Run finishes on the famous bridge, which is frequently snapped for tourist pictures and postcards from the North East.

In 2018 it was given Grade II listing by Historic England.

Veronica Fiorato, from Historic England, said at the time: ‘I is a representation of the North East’s steely attitude.

‘It fully deserves to be among the 5.8% of structures which are Grade II listed”.

'Southern Charm': Shep Rose Calls Trump Supporters Who Tried To Stop the Election 'Rats Who Stayed on the Ship'

You’re washing your hair all wrong – only do it TWICE a week if you want longer locks, expert claims