American Larysa Switlyk has posted a series of images on her social media showing off the “medals” from her hunts in Scotland. 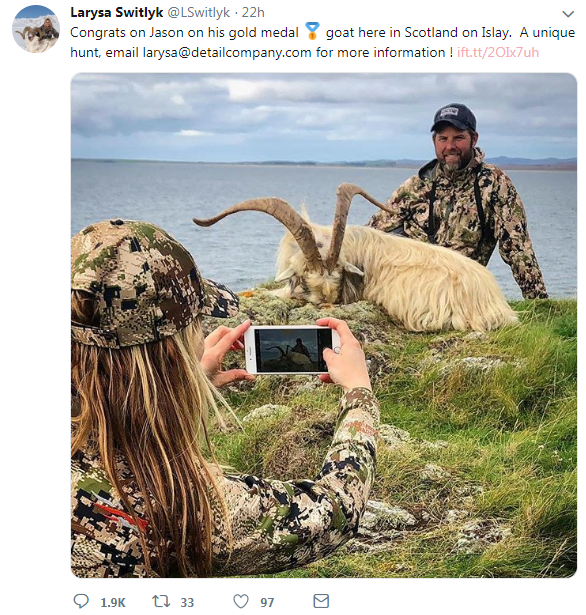 The huntress, who has her own TV show in the US, infuriated animal-lovers by bragging about taking out the “beautiful” creatures.

For the past two weeks Switlyk and pals have been keeping followers up to date with their brutal adventures.

In total she has posted pics of four dead stags, two goats and one sheep.

She also posted a snap of her dinner one night saying: “Nothing better than enjoying what you hunt. Fresh Red Stag from our hunt in the Highlands of Scotland.” 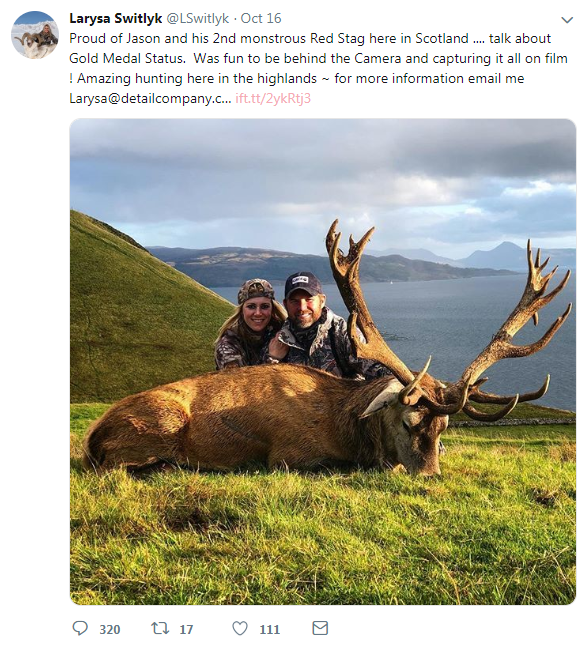 In her latest pic of a man posing next to a slain goat she said: “Congrats on Jason on his gold medal goat here in Scotland on Islay."

In another post she added: “Proud of Jason and his second monstrous Red Stag here in Scotland…talk about gold medal status. Was fun to be behind the camera and capturing it all on film.

Amazing hunting here in the Highlands.”

Tennis star Andy Murray’s mum Judy led the outrage. She fumed: “A unique hunt? Disgraceful. It’s a goat. And it’s in Scotland, on a beautiful island. Stop this please @scotgov.” 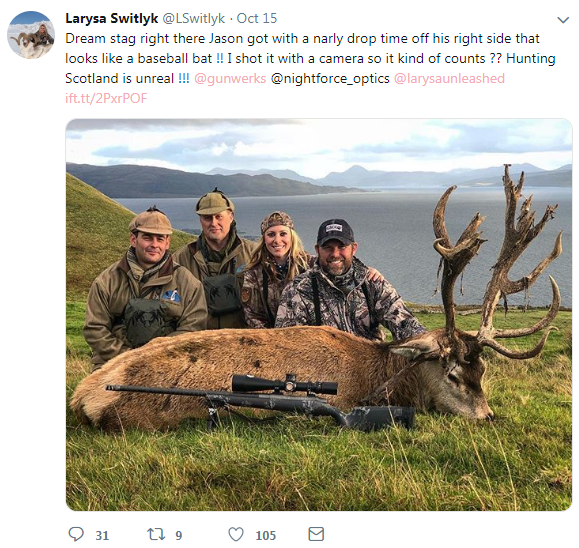 And many social media users were equally disgusted.

Colleen Hurren said: “A gold medal for shooting a goat and rejoicing about it on Twitter. Pathetic. Please, Jason and Larysa – never come back to Scotland.”

Another user added: “I can’t actually believe what I have just seen. I have a holiday home here, we love all the wildlife and to see a grinning American talking a selfie with a ram she’s just murdered is sickening.”

And Eileen Ducksbury wrote: “Poor poor thing. How you can admit to this being a ‘fun hunt’ I really don’t know. I am ashamed to be on the same planet as you.”

Islay B & B Orsay House waaded in on Twitter, saying: “I don’t think anyone of any repute on Islay was aware of this, we certainly don’t condone it.” 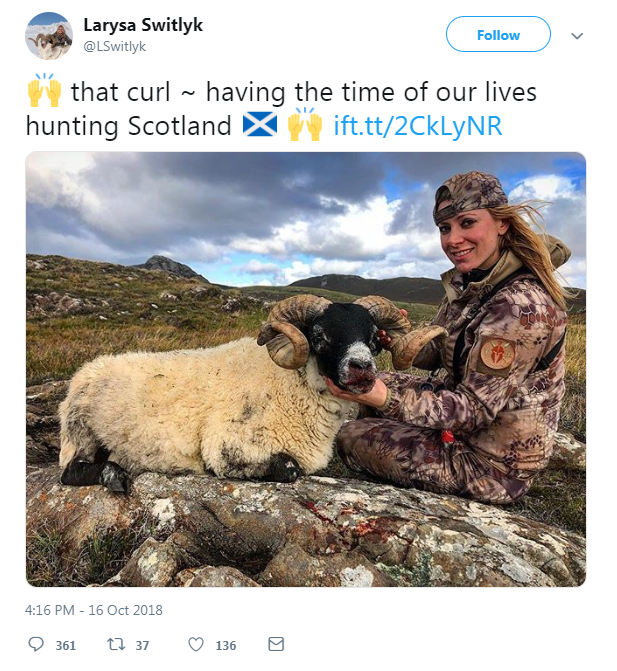 And local MSP Michael Russell has revealed that he will be raising the issue with urgency.

He added: “If this is actually happening on Islay and laid on by some sort of tour company I would want to see it stopped immediately.”

Top Donald Trump impersonator says he has to hire bodyguards after being groped, propositioned and even strangled