GABBY Petito's family revealed in an interview with Dr Phil on Wednesday that her body was found near a campsite about a five-minute walk where Brian Laundrie would have parked their van.

The 22-year-old's stepdad Jim Schmidt spoke about visiting the location on the outskirts of Grand Teton National Park in Wyoming where her body was found. 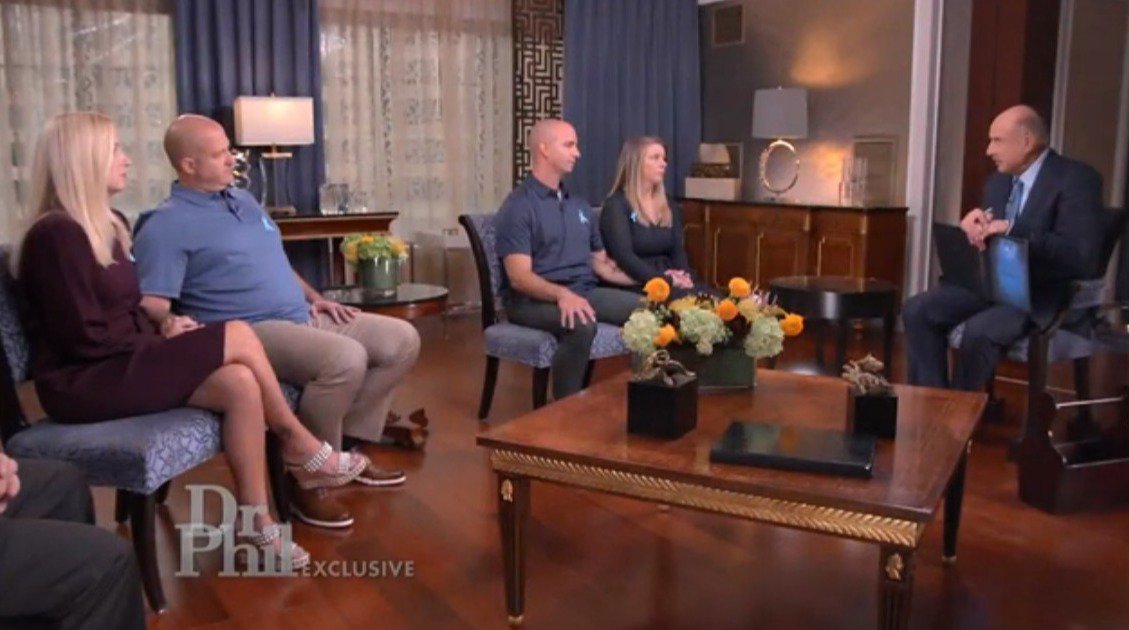 He described seeing the remnants of a fire ring and a clearing where a tent would have been placed.

Jim told Dr Phil that Gabby's remains were discovered just in front of the area where the tent and fire would have been.

"Where their van was is alongside a creek bed … on the other side is some trees and a lot of low brush on the borderline of Teton National Park," Jim said.

"There's an area where there were a few trees, remnants of a fire ring, and a clearing where I would place my tent, facing out over the mountain range.

Her stepdad left a stone cross on the exact location where her body lay with flowers by her chest.

He also spoke about the search for her where he claimed rainbows showed them the way to her body.

"When they started with the grid search in the area where she was found, it had to be called off at the end of the day because of the weather.

"We also saw a bald-headed eagle and search and rescue said that meant we would find her tomorrow."

Gabby's stepmom Tara Petito also spoke about seeing four rainbows in the sky as they were flying.

"I've never seen a rainbow on a flight before never mind four," she told Dr Phil.

The family also believes Gabby is sending them signs through chipmunks appearing to watch them.

"A chipmunk was following me along the path where I went out to where the body was found," Jim said.

"And when I was placing the rocks to make the cross a chipmunk came out from a hole and sat there and watched me.

"I thought maybe that was Gabby watching me."

"They've been at our house and I've never seen a chipmunk in Long Island," her dad Joe Petito added.

55 Catchy Captions For Summer, Because You’ll Be As Happy As A Clam All Season Long

'Decomposing body of missing mom Marilane Carter', 36, found in her car inside a shipping container

The ‘Holmes & Watson’ Trailer Shows Will Ferrell & John C. Reilly At Their Best